Epic Battle of Dash vs. Ethereum Classic Not Over Yet: Charles Hoskinson

Charles Hoskinson of Ethereum Classic thinks it's premature to make the conclusion Dash has won and ETC has lost. 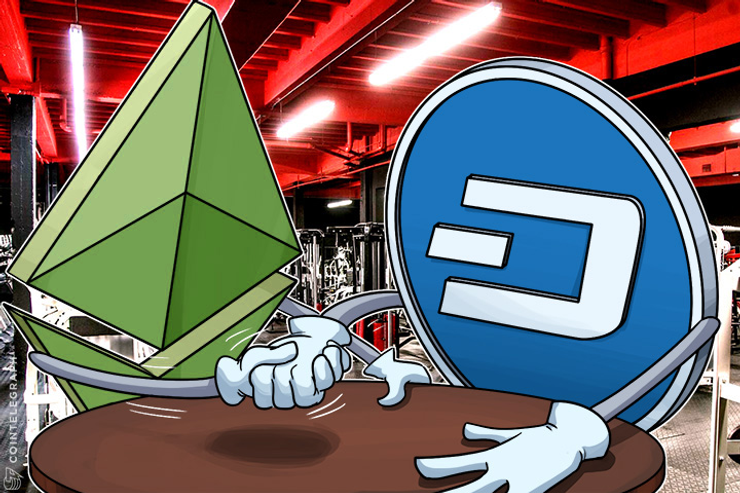 On Saturday, Cointelegraph wrote on why Dash dislodged Ethereum Classic from sixth place on CoinMarketCap.

The Boulder, Colorado-based Charles Hoskinson of Ethereum Classic thinks it's premature to make the conclusion Dash has won and ETC has lost.

"Markets are volatile and a single day of trading could produce the opposite reaction. It's more important to focus on the community, the roadmap, and the resources that are behind the cryptocurrency."

Besides, he stated that as well as its core technology, ETC is significantly more advanced in design than Dash because the latter is a copy of Bitcoin with heavy modifications. However, ETC is a fork of Ethereum. Hoskinson who left Ethereum because of a disagreement on how to use investors' funds and later joined Ethereum Classic after the former's hard fork also believed there are more challenges confronting ETC than Dash.

Difference between ETC and Dash

"Many of the original holders of ETC, due to the nature of its distribution, did not consider it viable and simply dumped them,” says Hoskinson. “For example, a public disclosure from the Ethereum Foundation stated they liquidated a large percentage of their ETC holdings. I suspect many actors affiliated with the Ethereum Foundation did the same. But despite that, ETC has remained tremendously resilient and continues to grow by all reasonable metrics from community size to Twitter mentions to development progress. There are three independent development teams supporting three different clients. Lots of groups gather for meeting such as the London and Shanghai monetary policy events.”

Hoskinson is convinced that it is wrong to directly compare ETC and Dash regardless of their position on CoinMarketCap and that comparison to Monero or Litecoin makes much more sense for Dash.

These cryptocurrencies share similar technology, goals and also have a direct connection to Bitcoin, whereas ETC should be compared with other smart contract systems like ETH, Rootstock and Lisk.

From his perspective relative to Litecoin, Dash is making great progress and actually has a huge advantage over most coins.

Where ETC and ETH differ

When asked to explain the dichotomy between Ethereum and Ethereum Classic, he had this to say:

"The core differentiator is the interpretation of the social contract behind transactions. ETC feels that the original mandate that code is the law should not be violated regardless of the social consequences. Whereas ETH is willing to make exceptions if the event is large enough as proven by the DAO incident.

I think there is room for these two philosophies to co-exist. Furthermore, there is also a strong desire in ETC to remain on a PoW based consensus system and not fully embrace PoS.

So you could say ETC is more closely aligned in spirit to the philosophy of Bitcoin but there is more flexibility to make changes. For example, we are likely going to alter monetary policy and the consensus system."

Hoskinson also acknowledges that Ethereum’s original core focus was on code running as written censorship-free. "There was always freedom to change monetary policy in the roadmap. So there are some similarities here, but it isn't exactly the same," he adds.

Even though ETC had already undergone two hard forks, the most recent one being the die hard fork, Hoskinson revealed that this will not be the last.

According to him, ETC differentiates protocol changes that enhance things or correct bugs from changes to the social contract and will likely have several more hard forks in the roadmap ahead.

"This is another common misconception of ETC, we are not anti-fork, and we've so far performed them without any major issues," the developer explains. “It is ok to fork a protocol. Every protocol needs the ability to do this from time to time because people make mistakes or technology evolves."