DarkWallet is inching another step closer to its first beta version, as it has released its eighth and – probably - final alpha version this past week. Most notably, this newest edition of the anonymizing Bitcoin wallet software includes the option to withdraw cash from thousands of ATM's throughout Spain. 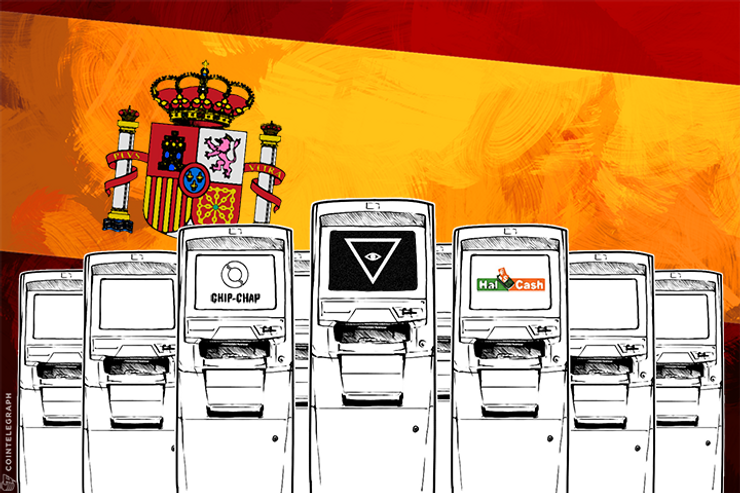 DarkWallet is inching another step closer to its first beta version, as it has released its eighth and – probably - final alpha version this past week. Most notably, this newest edition of the anonymizing Bitcoin wallet software includes the option to withdraw cash from thousands of ATM's throughout Spain.

In order to realize the new cash-for-bitcoin service, the DarkWallet team has established an informal partnership with the Spanish e-money converter Chip Chap, enabling users to withdraw cash money at the thousands of ATM's in Spain using the HalCash ATM service on the Telepay network. This option might be extended to other countries in a later stage, as HalCash is active in England, France and Mexico as well. Additionally, the Chip Chap partnership will allow for more collaborations in the near future, including a DarkWallet mobile employment.

All you need in order to withdraw cash for bitcoin is the DarkWallet software and a mobile phone, as explained to Motherboard by Libbitcoin developer and DarkWallet front man Amir Taaki:

“You enter your phone number and the quantity you want to withdraw, then you are given an address and you send the bitcoin there. After you send it, you will receive a code. You can use this at the ATM to receive cash.”

Apart from ease-of-use, the DarkWallet developers hope to reduce the Bitcoin ecosystem's reliability on exchanges to hold bitcoin and swap the internet money for fiat currency.

Led by lead developer Pablo “Caedes” Martin, the DarkWallet team is known for not only adhering to and maintaining the decentralized ethos of Bitcoin in the software it provides, but for actually living and working in non-hierarchical social communities throughout Europe as well. After hopping from several squats and alternative communities in Spain, France and England, the team has now settled down near Valencia, where it has joined the Chip Chap team in the so called Entropy Factory, a project to develop networked communities, housing and factories, and profit from new organizations and economic models.

The DarkWallet team has always prided itself for its open source and non-commercial approach, and promises to uphold these ideals regardless of their partnership with the more commercially focused Chip Chap service.

“Our relation is more or less commercial, but so far we don't have any commercial arrangement. [It's] more of an informal plan to work together and advance common strategies,” Martin posted on Reddit. “For now we have helped them integrate bitcoin, and they provide us with an API we can use. This opens new possibilities we didn't think of before, and we believe will help in having less reliance on centralized exchanges.”

The beta version of DarkWallet is set to be released in a few weeks time, and a final version should be completed a couple of months after. Until that time, it is important to take into account that the wallet is not stable, and should only be used with real bitcoin at your own risk.