MMM Global hurts Bitcoin business in Africa, Bitpesa Bitcoin exchange warns its users on the need to be cautious. 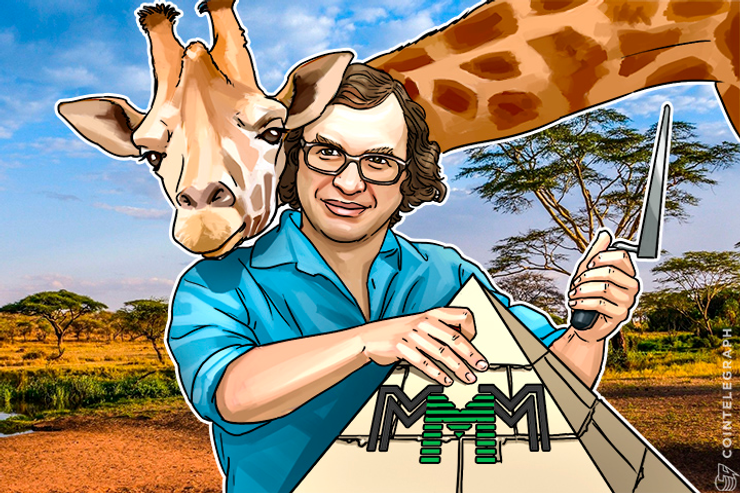 One of the three most popular Bitcoin exchanges in the African market has warned its users on the need to be cautious of MMM Global and others offering similar schemes.

Bitpesa is a Kenya-based exchange which also operates in Nigeria, Tanzania and Uganda. It now has a screaming message that would appeal to users on its webpage which says:

“Bitpesa has recently become aware that MMM Global, Zarfund and similar services have begun operating in our markets. We are aware of many instances of customers of these services in other countries issuing complaints that these services have not always delivered on their promises and have left their customers with unexpected financial losses. We caution all of our customers to carefully consider all the investment opportunities and to be aware that they may be putting their investment at risk of total loss.”

Bitpesa’s move follows a similar warning by another Africa-focused exchange, Bitx, for its users to be cautious of such schemes. Bitx says it also resorts to blocking users who tried to facilitate the payments to such schemes through the exchange based on a combination of certain keywords, suspicious Bitcoin addresses and other means.

These exchanges are run by incorporated companies with records of legal transactions across the board. However, the same could not be said about the other schemes hence the concern.

Over 66,000 MMM participants in Zimbabwe recently found their account balances slashed down to 1% of its previous value. Then the scheme reportedly collapsed in the country. In South Africa, a criminal investigation has been launched into MMM Global’s branch after a probe by the National Consumer Commission “found something” to suggest the scheme was acting illegally. Later in Nigeria, the country’s apex bank warned users not to deposit money in any institution that is not insured by the Nigeria Deposit Insurance Corporation (NDIC).

The irony is that despite these warnings and the reported cases of collapse, susceptible Africans who are bent on eking a living on their investment in these projects have not been deterred from responding positively to the mixed messages they have received about the activities of MMM Global and other schemes such as Onecoin, Zarfund in the past.

Onecoin business: why it's better than Bitcoin, says a page on one of Nigeria’s top female bloggers, Linda Ikeji. The blog, which runs among the top twenty most visited sites in the country, states how Onecoin is a digital currency based on advanced mathematical algorithms and allow members create the market, mine the coins and keep the profits.

The ad says Onecoin is mined in mining pools (or teams) keeping individual investment in hardware etc. minimal, it uses KYC procedures and cannot be abused for illegal purposes like Bitcoin was and with a promise that Onecoin will be traded on a public exchange.

However, some of these attributes are not functional yet, hence, the series of accusations on different fronts of Onecoin being a scam. More importantly, it has not been able to prove either that it has a source code, or a ledger where a record of its transactions are recorded and any exchange that trades in the coin.

MMM Global, on the other hand, promises a 30% monthly increase for participants in its scheme which has made its offer be irresistible for many Africans irrespective of their social status, religious and cultural beliefs. They flock after the pyramid scheme’s get quick money but unsustainable approach - especially in Nairobi, Kenya where local branches are reported to be springing up quickly - as run by a convicted Russian fraudster, Sergey Mavrodi, who reportedly created the biggest finance pyramid in Russia before it collapsed in 1997.

While there is a belief that these schemes’ objective is a way to beat established financial institutions to help the less privileged, others think that lack of awareness, greed, the growing middle class in some African countries and worsening economic situation in others, are responsible for the current level of their popularity.

With the way several participants continue to defend the authenticity of these schemes through several means including testimonials on Youtube - others attempt to create a distinction between MMM Global and the seceded MMM United which its followers say is better than the main scheme, how to curtail their spread remains an issue that could be addressed presently. As long as it remains the case, exemplary use cases such as Bitpesa and Bitx will continue to struggle in the waiting game with their concern over operating in the market without any reason to fear for their users’ safety.