No-Deal Brexit Will Reposition Bitcoin in the Global Economy: Analyst

A no-deal Brexit could fundamentally shift Bitcoin’s position in the global economy, according to a blockchain firm CEO. 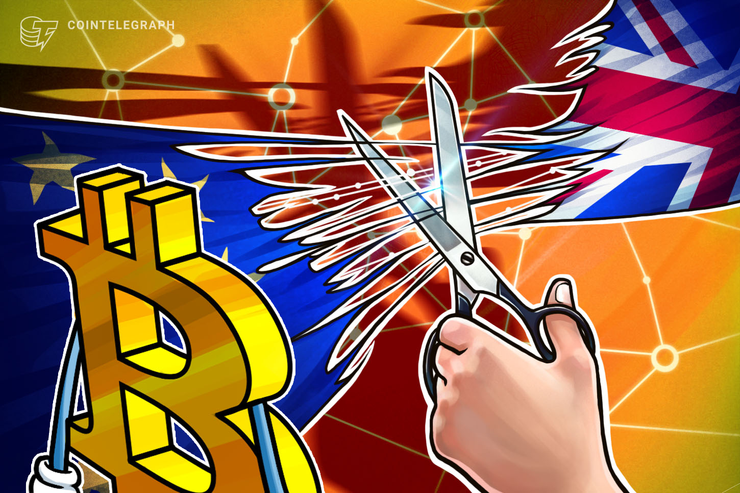 Some analysts believe that the looming no-deal Brexit will push Bitcoin (BTC) price to an unprecedented breakout and record highs in 2019.

Nicholas Gregory, CEO of blockchain firm CommerceBlock, even predicts it could fundamentally shift Bitcoin’s place in the global economy, as reported by the Independent, Aug. 9.

The prospect of a no-deal Brexit has already caused the pound sterling to lose value against other major currencies. Increasingly so, since the appointment of confirmed Brexiteer, Boris Johnson, as United Kingdom Prime Minister. Johnson has vowed that the U.K. will “do or die” leave the European Union on Oct. 31, 2019.

This, some say, will preempt a capital flight to Bitcoin as a safe haven asset, causing prices to spike dramatically.

Fears from the Confederation of British Industry that a no-deal Brexit would be a “tripwire into economic chaos” make Gregory believe that Bitcoin’s position in the global economy could fundamentally shift.

“Come 2020, we expect an increasingly populist and politically unstable world to cement the safe haven status of Bitcoin and other cryptocurrencies more generally,” he said. “And if central banks revert to ramping up the money printing all over again, the case for cryptocurrencies like Bitcoin whose supply is capped will be further reinforced.”

Nigel Green, CEO of financial advisory giant deVere, has previously claimed that crypto-friendly regulation could be a lifeline for a post-Brexit U.K.