CISA (Cybersecurity Information Sharing Act of 2015) easily passed through the U.S. Senate’s vote on Tuesday, creating a new avenue for consumer data sharing that benefits anti-privacy entities like the NSA 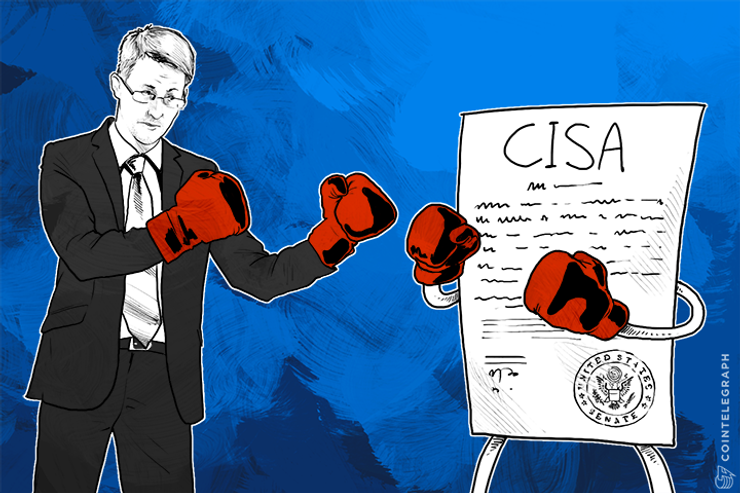 The largest tech companies in the world, from Google and Apple, to Reddit and Twitter, issued statements condemning the cyber-security bill called CISA, but to no avail. CISA (Cybersecurity Information Sharing Act of 2015) easily passed through the U.S. Senate’s vote on Tuesday, creating a new avenue for consumer data sharing that benefits anti-privacy entities like the NSA, reports The Guardian.

The vote was attended and levied by 95 of the 100 U.S. Senators, as five either abstained or missed the voting process entirely. The five Senators who didn’t vote were Cruz (R-TX), Graham (R-SC), Presidential hopeful Rand Paul (R-KY), Rubio (R-FL), and Vitter (R-LA). The vote was a landslide in favor of CISA, with a 74-21 vote in favor of its passage.

In short, New Jersey, Vermont, Oregon, Montana, Idaho, and Massachusetts were the only ones to have both Senators vote against the bill.

The bill was introduced by co-sponsors Richard Burr and Dianne Feinstein, both committee chairmen for the Senate Intelligence Committee back in March. The Cybersecurity Information Sharing Act of 2015 does exactly what the title describes. It creates a program at the Department of Homeland Security (DHS), through which corporations could share user data in bulk with several US government agencies.

In exchange for participating, the companies would receive complete immunity from Freedom of Information Act requests and regulatory action relating to the data they share. DHS would then share the information throughout the government.

The list of parties attacking this bill is extensive, in addition to most of the major technology and internet corporations. Edward Snowden made his thoughts clear through a torrent of attacks on his new Twitter account over the past week.

#CISA gives companies legal immunity for violating privacy laws if they also give your data to the government. Call Congress, #StopCISA.

Additionally, The Princeton Center for Information Technology Policy recently sent an open letter to the Senate, urging them not to