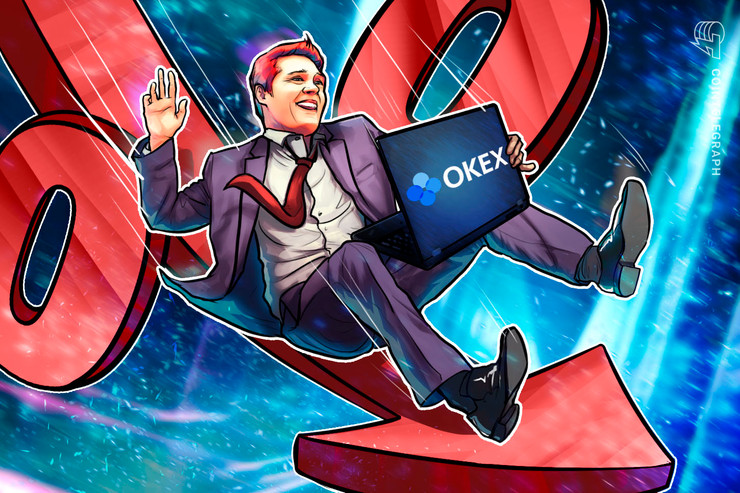 A crypto exchange has unveiled its new market maker program, with incentives for participants in the form of lower trading fees and reduced transaction costs.

OKEx — which, according to CoinMarketCap, is the world’s biggest exchange by trading volume at the time of writing — says the program is open to users who have completed the necessary Know Your Customer (KYC) verification procedures and have total assets exceeding 20 bitcoin or the equivalent in their account. The company says these requirements are “less strict” than those offered by its rivals.

Applications for its market maker program are only being accepted by email, and OKEx says suitable candidates will be notified if they are successful within five working days. Market makers have been split into three categories and applicants can express a preference: spot, futures contracts or perpetual swaps.

Zero maker fees are being offered across all three categories. Taker fees are 0.03% for futures, 0.05% for perpetual swaps and 0.08% for spot and margin trading.

Perpetual swaps are a type of crypto derivative product that was launched on OKEx last December. They enable users to speculate on the future value of bitcoin against the United States dollar, and “positions can be held indefinitely” because they reportedly have no expiration.

The company says its new program is innovative because it “incentivizes market makers to improve market quality, specifically in new and less-active cryptocurrencies.”

This is mainly achieved through enhancing liquidity, and OKEx says higher levels of liquidity help to “bring about fairer prices, market stability and quick exchanges” — ultimately resulting in a “fluid trading environment” for all.

Market makers are given performance metrics to abide by, with OKEx measuring them against three criteria. The first gauges the “reasonableness of the spread,” while the second measures their contribution to order book depth. The third assesses the “market maker’s time on resting order.”

OKEx says it has received a “large amount of community feedback and questions” since it made the changes to its pricing mechanism.

OKEx has been busy in recent months, with the exchange’s parent company, Star Xu, recently partnering with Prime Trust so that the firm can launch its own compliant stablecoin. It has been provisionally named OKUSD, which suggests that it is likely to be pegged to the U.S. dollar.

Meanwhile, toward the end of March, the exchange confirmed it is developing its own blockchain and decentralized exchange. The blockchain, which is now believed to be in the final development stage, has initially been dubbed “OKChain,” and a testnet is set to debut in June.