One Coin, Much Drama: OneCoin Ponzi Scheme Lives on as TV Show

“OneCoin: the movie” is set to become reality thanks to a U.S. production company 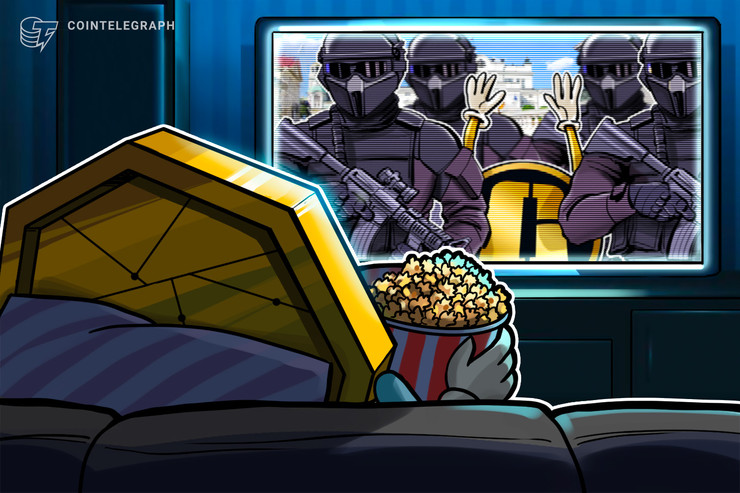 The co-founder of cryptocurrency-inspired Ponzi scheme OneCoin faces charges of fraud and money laundering in her absence — but will now become a movie star.

As Hollywood news outlet Deadline reported on Feb. 4, a United States production company has won the rights to a podcast about Ruja Ignatova originally aired by the British Broadcasting Corporation (BBC) in the United Kingdom.

OneCoin drama plans to “get the word out”

Charting the rise, fall and disappearance of Ignatova, “The Missing Cryptoqueen” saw 3.5 million downloads in four months when it went live in 2019.

Now, New Regency Television will turn the podcast into a full-fledged television drama.

“Hope it continues to get word out about OneCoin around the world,” producer and co-writer, Georgia Catt, tweeted following the news.

As Cointelegraph reported, Ignatova is currently in hiding as prosecutors indict her and her brother, Konstantin Ignatov, on multiple counts of fraud and money laundering. Konstantin has already pleaded guilty to the charges and faces up to 90 years in jail.

OneCoin defrauded investors of around $5 billion in total, Cointelegraph raising suspicions about its activities as far back as 2015.

This year, OneCoin’s successes remain pertinent to cryptocurrency participants, as skepticism mounts around other operations which have raised red flags for many. Notably, Hex (HEX), an altcoin that promises investors huge returns but has lost almost all its value over the course of several months, remains at the center of attention.

In January, Cointelegraph noted that a single HEX token was worth less than a single Bitcoin satoshi, an unenviable accolade it retains to this day.

Richard Heart, the self-styled creator of Hex, denies accusations that the project is in any way dishonest.

Unlike Hex, OneCoin was never a cryptocurrency, as its executives maintained full control of exchange and failed to prove the existence of necessary indicators such as a market cap.