The Norwegian Lottery Authority requests OneCoin to provide information about its business in Norway and about the individuals who operate OneLife, OneCoin in the country. 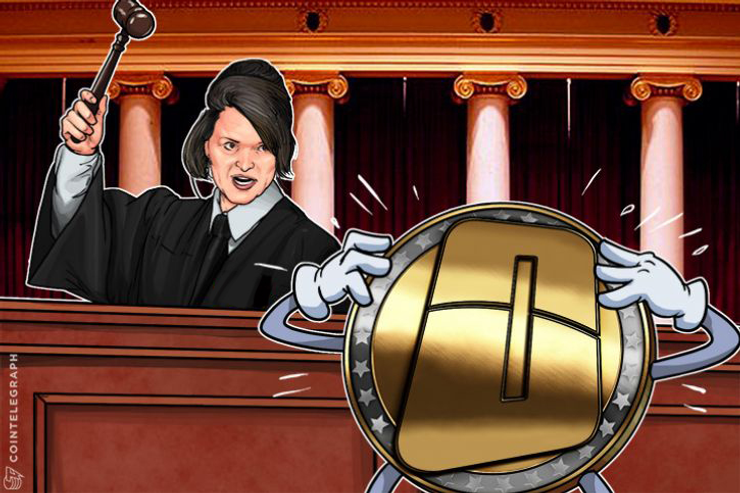 The Norwegian Lottery Authority has requested OneCoin provide information about its business in Norway and about the individuals who operate OneLife OneCoin in the country.

In a letter written by Oslo-based law firm Danielsen and Co., the Lottery Authority asked the OneCoin team to provide the names and addresses of those who operate OneLife OneCoin in Norway by receiving revenue from OneLife OneCoin and are members resident in Norway. The deadline for the required information is June 20.

Prior to this time, the Norwegian Lottery Authority had contacted suspected leaders of OneCoin in the country, warning them against the operation of pyramid schemes within the country. This warning was contained in a letter on April 13, 2016.

Also, there has been an eight paragraph warning in one of Norway’s biggest newspaper written by Carl Alfred Dahl. In his publication, Dahl identifies the Norwegian OneCoin population to be over 5,000 people. However, the high level of technological awareness in Norway has ensured that the majority of its population believe OneCoin is a scam.

Is the end near?

Norwegian Blockchain expert and radical OneCoin critic Bjorn Bjercke acknowledges the actions of the Lottery Authority and is confident of proper follow-through on the matter at hand.

“I believe that the Lotteritilsynet (Gambling board) will follow this through and make an example of OneCoin as it is strictly forbidden in Norway to run pyramid-type organizations. In fact, you are not allowed to work if you do not have a contract with a salary.”

Bjercke notes that this development will put an end to all OneLife/OneCoin business in Norway and hopefully make a good example of authorities around the world.

He points out that it is a known fact that investing in pyramid games in Norway is illegal and all members of OneLife in Norway will hopefully get a slap on the wrist while all promoters and leaders will probably get far higher penalties.

“For me, this was a win that I have been anticipating for a long time, but the war on greed is unfortunately not over when OneCoin/OneLife still hangs on a tiny thread of hope. An IPO will never happen with OneLife's reputation and members who have bought so-called OFCs (options for future certificates) are encouraged to read the small print on Onecoinofc.com, which reads: "Please note that the OFCs are not a financial instrument and have no monetary value, therefore it is not possible to sell or exchange them for products or currency of value. They do not grant any ownership, voting or similar rights and do not guarantee any financial return”.”

Related News
Bitcoin Dominance Growing — What It Could Mean for Altcoins
Mobile App Promises Easier, Better Crypto Options Trading Experience
WEF Unveils Global Governance Consortium for Digital Currencies
Travel Platform Travala Expands Payment Options With XEM
Price Analysis Jan 24: BTC, ETH, XRP, BCH, BSV, LTC, EOS, BNB, XLM, ADA
Major Bitcoin Cash Pools Force 12.5% Mining Tax on Community
<div is="sidebar" :sidebar-data="{"promoButtonsI18n":{"crypto-button":{"url":"crypto.btn.sidebar.url","label":"Get Crypto At True Cost\n","text":"Cryptoassets are complex instruments and investments carry a high risk of losing value. You should educate yourself in how crypto-markets work before making any investments. Always invest responsibly and be prepared for the risks associated with investing in or using cryptoassets. This promotion cannot be considered investment advice."},"etoro-button":{"url":"https:\/\/ad.doubleclick.net\/ddm\/clk\/437480595;240556498;x","label":"Try Etoro","text":"Trade on the world’s leading social trading platform (Highly volatile investment product. Your capital is at risk)"},"hitbtc-button":{"url":"https:\/\/hitbtc.com\/?ref_id=5cba0be404aa3","label":"BEST LIQUIDITY ON HITBTC","text":"Note that all trading strategies are to be used at your own risk. Before trading, we recommend to make sure that you have a clear understanding of cryptocurrencies and how they are traded."},"changelly-button":{"url":"https:\/\/changelly.com?utm_source=cointelegraph&utm_medium=referral&utm_campaign=changellyctengbutton&ref_id=le9ssi8dgmskmqu0","label":"BEST RATES ON CHANGELLY","text":"This is to note that you should realize all crypto trading risks. Please make sure that you understand how crypto exchange service works."},"nexo-button":{"url":"https:\/\/nexo.io\/?utm_source=cointelegraph&utm_medium=fixed&utm_term=content&utm_content=crypto_banking_account&utm_campaign=nexo