Marginalized and fragmented, the cannabis industry is set to get a mainstream makeover with Paragon Coin 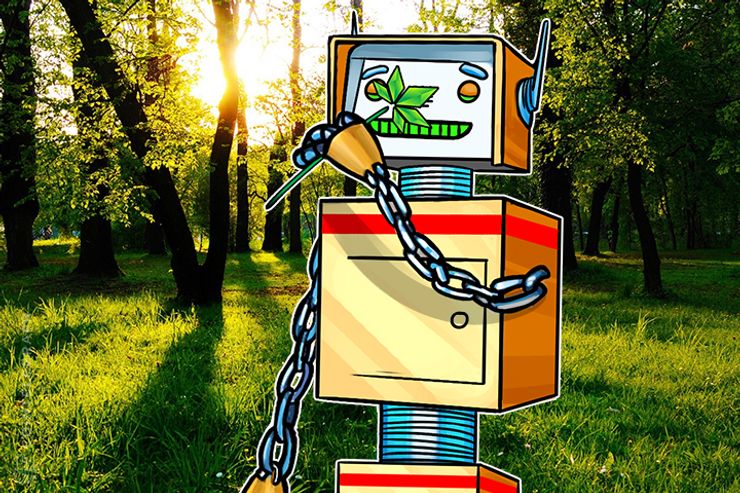 The cannabis industry, and the digital currency and Blockchain boom, are in very similar spaces at the moment in terms of their global adoption.

Many are sceptical of both, as there’s a lot of stigma attached to both, but Paragon hopes to take the best of these worlds by combining the burgeoning cannabis economy and putting it on the Blockchain.

Using Blockchain technology’s immutable distributed ledger, an entire economic ecosystem of cannabis can be standardized, as information from seed to seller can be stored transparently on an unhackable ledger.

Paragon’s thoughts are that the cannabis industry needs to come out of the shadows, and in doing so the negative stigma will die off, and a global legalization trend will be driven harder.

The business of cannabis has only recently come out of the black market, with 20 states in the US making it legal.

There have been instances of the drug being legalised in other countries, such as the Netherlands and Jamaica, but even in those places the economic marketplace has been poorly constructed.

Paragon Coin is hoping to set a precedent for an economy that has no traditional backbone. Having stepped out of the black market and onto the streets of America legally, there can still be dodgy practices surrounding cannabis’ path from seed to user.

Different aspects in the production and distribution of cannabis work almost independently and in fragmentation of each other. There is no standardization between growers, laboratories and dispensaries.

The economic ecosystem of the cannabis industry is very much every man for himself.

Paragon believes that as much as the cannabis industry is booming and revolutionizing, so is the Blockchain. By combining this product with this technology, it is Paragon's aim to bring cannabis to the mainstream, break its stigma of being a shady drug, and set in motion a strong push for legalization.

Blockchain technology, Paragon believes, can see cannabis moving alongside Big Pharma in terms of its standardized and regulated ecosystem.

Through Blockchain technology, cannabis bought on the Blockchain will have every piece of information tied to it, from the fertilizer used, water quality, test results, and path to distributors. This is more information than is provided by pharmaceutical companies on their drugs.

Paragon Coin is also looking to go further in creating this new economic ecosystem, with the creation of “Paragon Spaces”, essentially co-working spaces for cannabis startups to incubate innovative ideas for a new market.

Using their Paragon Coin, the entire seed to seller path can be regulated and monitored within this digital currency, but the idea is that cannabis startups in these co-working spaces can also use a specialised cryptocurrency to work around the difficult monetary laws surrounding cannabis world wide.