A move to $40,000 and even higher is now easier than ever, argues the investment CEO who last month warned that “boomers are f*cked.”

That was the conclusion from Global Macro Investor CEO, Raoul Pal, who on May 8 released fresh charts which he argued present an easy case for a “vastly higher” Bitcoin price.

“Whatever plays out, after a KEY technical break like today, the probability of vastly higher prices has risen dramatically,” he summarized on Twitter.

Well, that gives you a price object for this run potentially (key word - potentially) of $1m.

Using a log chart, Pal continued, likewise produces “a 1 standard deviation move to $40,000 and a 2 standard potential to $1m (potential).” 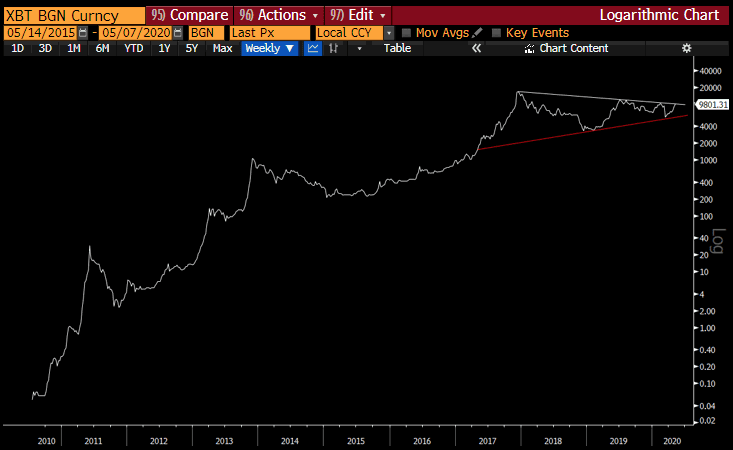 The sky-high figures fall in line with similar findings by PlanB, creator of the stock-to-flow Bitcoin price forecasting model. Pal referenced the model’s findings, which give an average BTC/USD value of $288,000 between 2020 and 2024, with the potential to at least double that as a maximum.

Bitcoin surprised everyone on Thursday when it surged back to five figures, capping weekly gains of 35%.

The successes come in stark contrast to traditional macro assets, which have stagnated in May. The situation was not lost on Pal, who added:

Add to that the ENTIRE worlds central banks are either seeing their currencies collapse to the almighty dollar (BRL, TRY, ARG, etc) or they are printing money like CRAZY. HUGE quantitative easing fiat meets the hardest money that automatically quantitatively tightens. $BTC wins.

At press time, a slight correction had seen markets fall slightly towards $9,700.