A blockchain platform is teaming up with Korean and global artists to deliver exclusive, limited-edition content to fans — including music and webtoons.

It can be tough for artists to make a living on mainstream sites, but a blockchain platform says it offers a compelling alternative 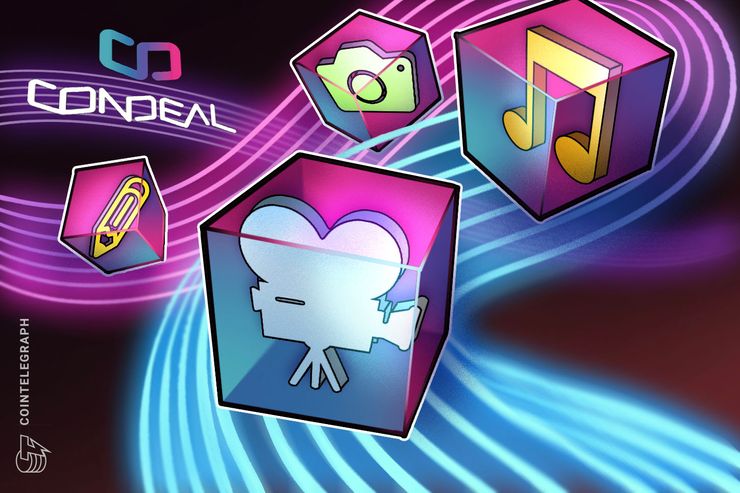 A blockchain platform is enabling creators to share their music, videos and webtoons with the masses, all while ensuring that their copyright is protected.

ContentsDeal says it aims to simplify the “complicated distribution structure” that is seen across the media world today, a structure which often means it can be difficult for talented artists to make a profit from their works.

The company claims that an extensive range of Korean and global artists have gotten involved with its platform so far, delivering exclusive, limited-edition content to fans.

According to ContentsDeal, the evolution of platforms such as YouTube and Spotify — which enable consumers to listen to music on demand — have been great news for the public but frustrating for content creators. Especially when it comes to young, up-and-coming artists, many of whom have a small following on these platforms, the blockchain project argues that the video-sharing site ends up being a “big loss in compensation for their work.”

Current revenue streams on these platforms often include “annoying” ads which are placed in the middle of videos, or paid memberships which enable users to avoid this disruption altogether. However, ContentsDeal alleges that very little of this revenue ends up making its way back to the content creator.

Indeed, Spotify has been a long-running sore point for artists — and according to CNBC, payments through this platform can vary anywhere between $0.006 and $0.0084 a stream, meaning one million plays of a song would may only generate a maximum of $8,400. Even all of this doesn’t necessarily go to a performer once songwriters, producers and record labels are brought into the equation.

ContentsDeal says it aims to remedy this through a protocol known as Proof of Copyright — or PoC for short. It has already begun to make inroads within the music industry after striking a partnership with the Korean Management Foundation, which works on behalf of big names including Ariana Grande and Justin Bieber. It has also forged connections with the K-pop music industry in the hope that top talent on its platform will encourage others to sign up as well.

“People who participate in the ContentsDeal ecosystem will experience safer and enhanced transparency in their content trade… and get more top-tier music,” a Medium blog post added.

The startup also plans to help the webtoons industry, and claims that platforms have been failing to develop at the same pace as content creators. The blog post adds: “This instability of the webtoon industry structure is counterproductive in regards of growth and fresh content, thus the need for a fair copyright policy is crucial for its survival.”

ContentsDeal officially launched on Jan 29, and a series of events have been taking place to help the platform gain momentum. Users are being invited to take place in a test transaction contest so they can help the company ensure that its system for purchasing and reselling content is fully functional. The startup is also inviting the community to share feedback about their experiences while using the platform — especially if they’ve got any ideas for improvements or have encountered any bugs. Looking ahead, ContentsDeal is hoping to forge new partnerships to enhance the breadth of music, webtoons and videos on its platform.