Bruce Fenton says just one more price cycle from Ethereum and Bitcoin like Monday’s would cause the so-called ‘Flippening.’ 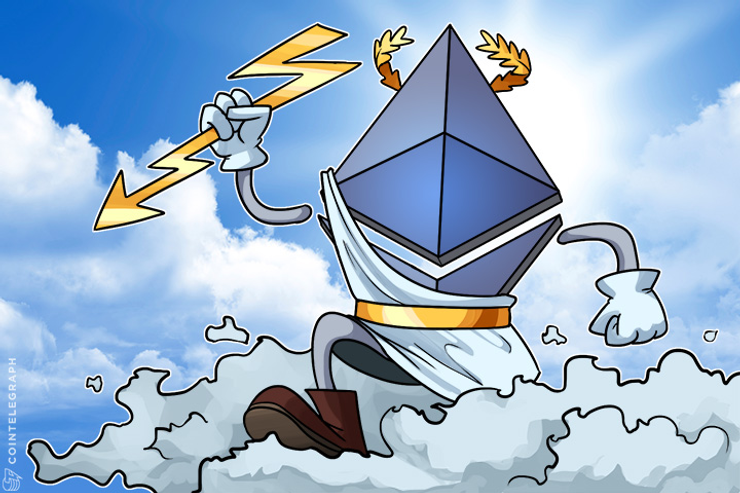 In a tweet on Monday, Fenton said a reoccurrence of Bitcoin’s nine percent fall coupled with Ethereum’s 15 percent gains would result in the latter becoming the world’s largest cryptocurrency.

If that happens again EVER from these levels then Ethereum is largest coin.

Fenton added that those investors who pulled out following yesterday’s drop in price had likely performed a “bad trade” as a correction gets underway.

Ethereum’s mammoth leaps have caused it to become the new focus of community attention, as various sides argue over its true value.

On Sunday, Twitter commentator WhalePanda released an extensive post on ETH, arguing why it was inferior to Bitcoin on a technical level.

Unlimited supply, ICO hype and other factors contributed to the view that the asset was more likely part of a significant bubble than Bitcoin.

Nonetheless, Bitcoin’s dominance is slipping fast, by market cap now controlling only 40.5 percent of the total.

With further robust trading, very little stands between here and what is known in the crypto community as the ‘Flippening’ - where ETH’s market cap usurps that of BTC.