Indeed reports a major discrepancy between growth rates of job seeker and employer interest in crypto since 2015, with employer demand outpacing employees.

4559 Total views
97 Total shares
Listen to article
0:00
News
Own this piece of history

Searches for crypto-related jobs have dropped 53%, while the share of job postings in the industry has surged 26% in 2019, new research says.

On Nov. 7, Texas-based recruitment platform Indeed.com has published a new research devoted to the analysis and prospects of the job market in blockchain and crypto industry.

To deliver the report, Indeed analyzed the percentage change in the share of job postings and share of job searches per million for roles related to Bitcoin (BTC), cryptocurrencies and blockchain from 2015 to 2019.

As such, Indeed has recorded a major discrepancy between growth rates of job seekers and employer interest from 2015 to September 2019. According to the company, in the four-year period, the share of these jobs per million skyrocketed by 1,457%, while the share of searches per million surged 469%. 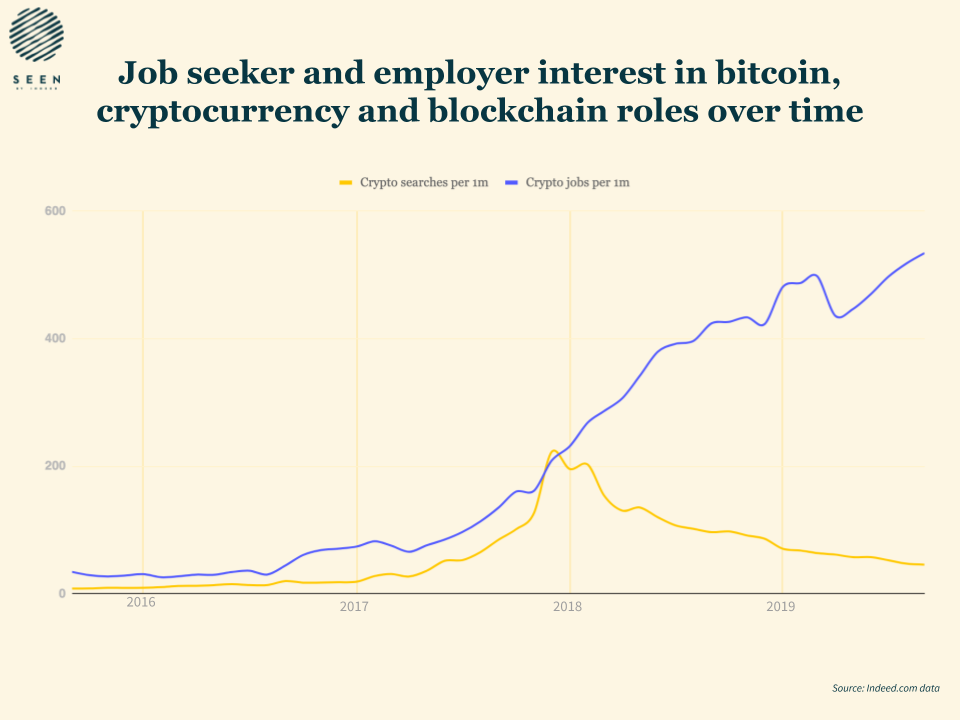 According to the research, the recorded decline in interest in crypto-related jobs took place after the bull run of 2017 reversed to a bear market in 2018. Prior to that bear market, job seeker interest had been notably outpacing demand within year-over-year periods from 2015 to 2016 and from 2016 to 2017. 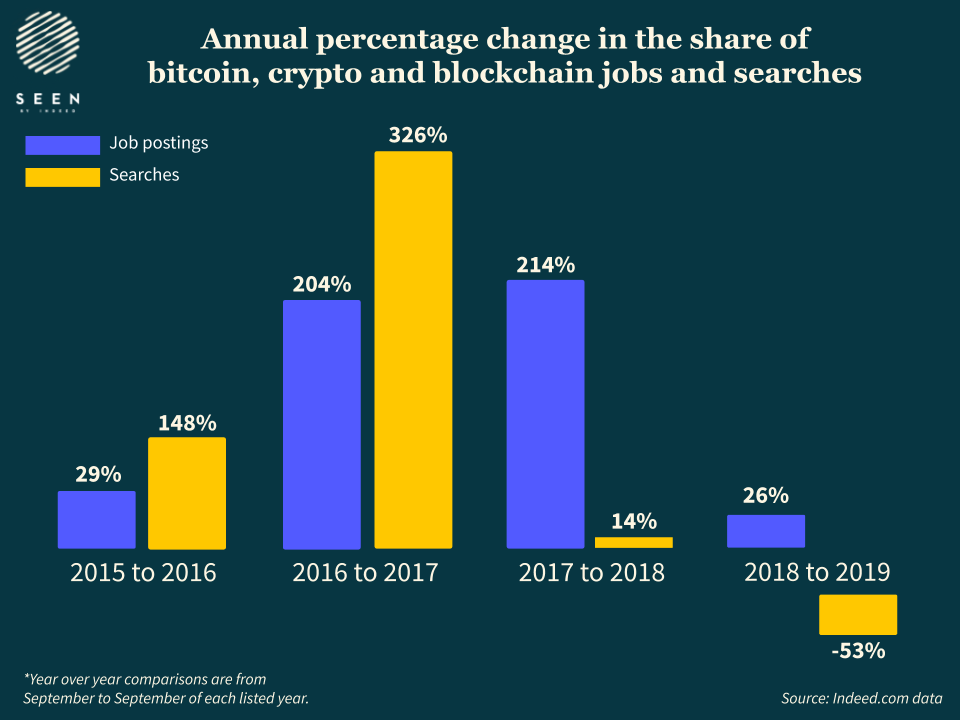 Annual percentage change in the share of BTC roles since 2015. Source: Indeed

According to recent research, about half of all employees in the blockchain industry currently work at cryptocurrency exchanges.