In the week the country’s Senate advised the scrapping of its highest value banknote, Pakistan’s Bitcoin trading volume has shot up almost 400%. 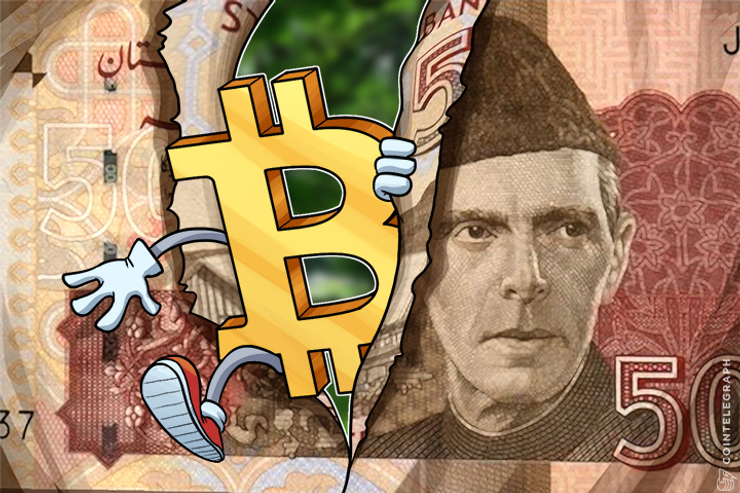 In the week the country’s Senate advised the scrapping of its highest value banknote, Pakistan’s Bitcoin trading volume has shot up almost 400%.

The Senate resolution, which was adopted even though the Pakistani government opposes it, would see the 5000 rupee note removed “to reduce illicit money flow.”

Multiple news agencies report that Pakistan is aiming to counteract illegal activities conducted with cash and that the move could be a copycat of India’s rupee removals in November.

Reuters reports a Senate angle that has fewer high-value notes  “would encourage the use of bank accounts and reduce the size of the undocumented economy.”

Ironically, India has previously indicated one of the reasons behind its moves to replace cash in its economy was to curb money forgery originating in Pakistan.

As its replacement notes came into circulation, the Indian press reported them already being recovered from “terrorists” in Kashmir.

According to the Senate, however, Pakistan’s reforms would be in a different style to those over the border. Notes would be decommissioned not within a matter of days, but years.

Nonetheless, the announcement appears to have added fuel to an already expanding Bitcoin exchange market suddenly exploding with new interest. Unlike India, though, the Bitcoin economy of Pakistan still leaves something to be desired in terms of facilities.

“Despite the high potential, a majority of Pakistani SMEs are yet to adopt e-commerce or are sub-optimally engaged,” a press release on the event last month stated.

Organizer Ali Sarfraz Hussain added that “although Pakistan is a latecomer to this sector, e-commerce is rising massively and e-commerce players are mushrooming in the country.”

Pakistan is just the latest economy to toy enter the war on cash. India is not alone, Venezuela and Australia have already launched or are considering their own cash reforms.

Related News
Binance KYC Breach — Did It Happen, and If So, Who’s to Blame?
Startup Brings Crypto Payment Option to Over 730 Locations Worldwide
CME's Futures Options Sprinted Out of the Gate but a Marathon Lies Ahead
The Evolution of Bitcoin's Technology Stack
Peter Schiff Bungled Wallet Password, Solving ‘Bitcoin Mystery’
Disgruntled Employee Stole Bitcoin from Japanese Project Vipstarcoin
<div is="sidebar" :sidebar-data="{"promoButtonsI18n":{"crypto-button":{"url":"crypto.btn.sidebar.url","label":"Get Crypto At True Cost\n","text":"Cryptoassets are complex instruments and investments carry a high risk of losing value. You should educate yourself in how crypto-markets work before making any investments. Always invest responsibly and be prepared for the risks associated with investing in or using cryptoassets. This promotion cannot be considered investment advice."},"etoro-button":{"url":"https:\/\/ad.doubleclick.net\/ddm\/clk\/437480595;240556498;x","label":"Try Etoro","text":"Trade on the world’s leading social trading platform (Highly volatile investment product. Your capital is at risk)"},"hitbtc-button":{"url":"https:\/\/hitbtc.com\/?ref_id=5cba0be404aa3","label":"BEST LIQUIDITY ON H