The Spanish Ministry of Finance will investigate crypto investors to avoid tax fraud activities, with 15,000 taxpayers currently under investigation.

To enhance tax control, Spain’s tax agency will investigate 15,000 taxpayers who made transactions with crypto 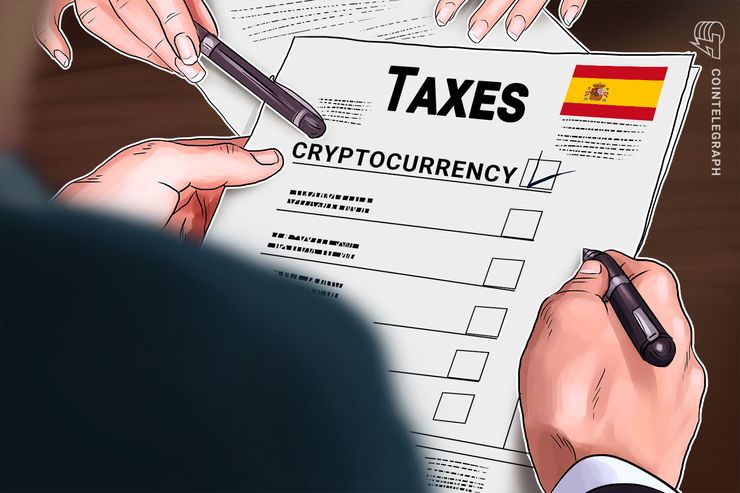 The Spanish Ministry of Finance (Hacienda) will oversee 15,000 taxpayers who have made transactions with cryptocurrencies in the last year, El País, the largest Spanish-language newspaper, reports Nov. 19.

Under the auspices of Hacienda, Spain’s tax agency, the Agencia Estatal de Administración Tributaria (AEAT), underlined that it will monitor "the fiscal incidence of these new technologies, such as blockchain and, especially, cryptocurrencies," to prevent tax fraud actions as a part of its annual tax control plan.

The National Fraud Investigation Office (ONIF) of the tax agency has investigated dozens of companies, banks, and intermediaries operating in Spain, finally selecting a group of 15,000 taxpayers that will be under further inspection.

The AEAT will now monitor if these taxpayers declare the possible capital gains or benefits of their operations, and will investigate if they use digital currency to launder money. The article also states:

“The use of cryptocurrencies, such as [B]itcoins, as payment means, is one of the most demanding challenges today. In order to face this threat, the use by the tax agency's research units of the new information collection and analysis technologies in all types of networks will be enhanced."

Previously this fall, the Spanish government had already approved a draft law according to which investors had to reveal their virtual currencies holdings specifically for for tax purposes, Cointelegraph reported Oct. 22.

Back in May, draft legislation for blockchain technology and cryptocurrency regulation received support in the Spanish Congress through “controlled testing environments,” generally referred to as “regulatory sandboxes,” Cointelegraph wrote May 31.