Spending Your Bitcoin in Russia: From Buying A Drink to Hiring A Lawyer

A large amount of legitimate businesses globally have opened up to the digital currency. Slowly, but rather persistently, Bitcoin is getting accepted in Russia as well. 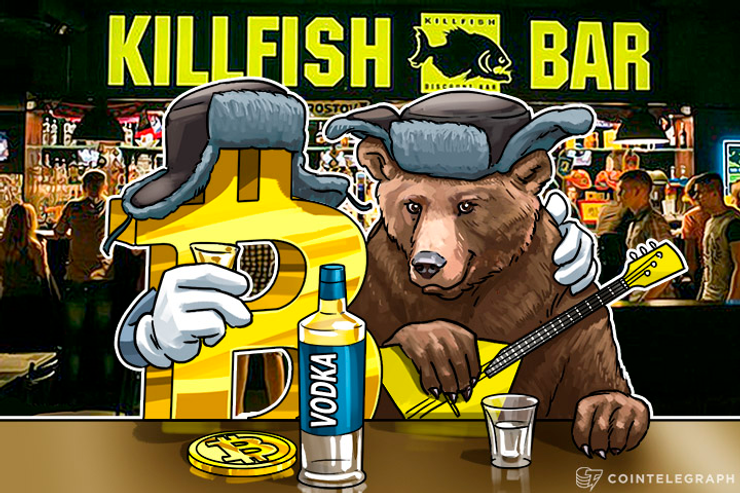 The future of cryptocurrency largely depends on the range of options available for spending crypto savings, and the positive trend here is that we see a large amount of legitimate businesses opening up to the digital currency.

Slowly, but rather persistently, Bitcoin is getting accepted in Russia as well. Having started from uncertainty about the legal status of cryptocurrency, it appears now that the skies are getting clear.

“Cryptocurrencies represent a very interesting international experiment which breaks the paradigm of currency emission. We definitely should not restrict the use of it, but we should try to understand how it works, explore it, and find ways to regulate it.”

At the moment state officials consider Bitcoin as a new financial instrument, not fully studied, but demonstrating a significant economic potential. A special working group at the Russian parliament has been developing a framework for cryptocurrencies legislation.

Here are just some examples of services you can purchase in Russia with your Bitcoins.

A chain of discount bars KillFish has integrated cryptocurrency payments into their system back in 2013 becoming the first Russian company that dived into the world of digital finance.

One can also purchase a membership card at NanoFitness, a chain of fitness studios, paying in Bitcoin. Dmitri Karpenko, the general manager at NanoFitness says:

“We have always aspired to keep pace with innovations, therefore we kept an eye on the situation around cryptocurrencies globally, and particularly in Russia. We were interested in the integration of the latest FinTech advancements, therefore striving to take on a leader’s position in this process, we decided to seize the moment and offer our customers a new service. We are proud to offer this innovative and trendy payment instrument meeting the spirit of the times and our company philosophy.”

Go to the lawyer

In a number of countries, legal services are sometimes paid in Bitcoin, as the cryptocurrency ensures anonymity. There is at least one legal firm in Russia accepting Bitcoins as a form of payment for their services. Legal Prime GS Consulting integrated Bitcoin payments in 2014. A company spokesperson says:

“Bitcoin allows sending money directly to anyone with no middlemen and with the lower service fee. Transactions are irreversible, and all participants have equal rights and equal access to the information about the chain of transactions. You can transact with anyone who has an Internet access, from any part of the world.”

Wheely Business taxi service started accepting Bitcoins in 2014. Passenger willing to make a payment using digital currency could simply top up the balance in the personal account at the company website beforehand. Payments made through Wheely’s system are not anonymized, as every customer links his personal account with a credit card.

So far no Airline company in Russia accepts payments for services in Bitcoin, however, a Latvian AirBaltic which operates flights from Moscow and Saint Petersburg is pioneering in this area. In 2014 AirBaltic embraced the Bitcoin revolution and started accepting payments in Bitcoins through Bitpay system using a special desktop application, the Web or mobile wallet. It is possible to pay for Basic tickets without any extr