The Tron Foundation is once again mired in controversy over an unverified claim that it secured a $2 million grant from a federal relief program for small firms hit by the pandemic.

The Tron Foundation is once again mired in controversy over an as yet unverified allegation that it secured a ~$2 million grant from the United States’ federal relief program for small businesses hit by the pandemic downturn.

The official WeChat account of a Beijing-based subsidiary, “Tron,” appears to have circulated the claim on May 5: 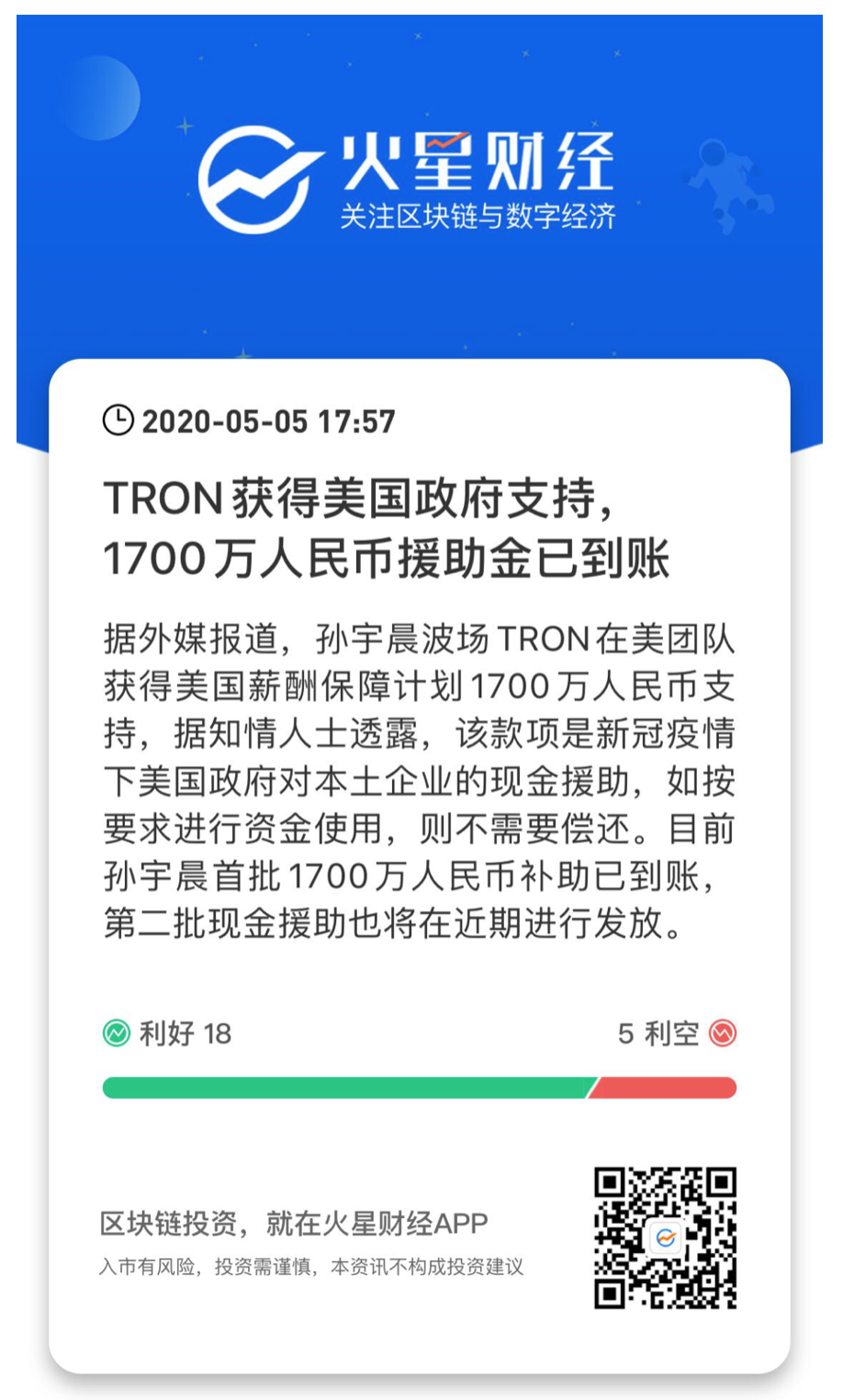 Screenshot of a purported WeChat post from a Beijing-based subsidiary. Source: WeChat

The WeChat post claims that the Tron Foundation in the U.S. successfully applied for a loan from the Paycheck Protection Program (PPP), which was rolled out by the Small Business Administration (SBA) as part of the federal government’s $2 trillion coronavirus relief package.

The WeChat post indicates that “the first batch of RMB 17 million in subsidies has arrived, and the second batch of cash assistance will also be issued in the near future.”

PPP was launched in early April with the aim of providing small and medium firms with low-interest, forgivable loans to meet their urgent liquidity needs for covering payrolls and other expenses.

The administration of President Donald Trump has drawn increasing levels of criticism for PPP's design. Many claim that it caters to the needs of large corporations — some with ties to known Trump reelection lobbyists —  over the Main Street business it was supposed to protect.

The loopholes in the fine print of PPP that have enabled market incumbents to cash in are of particular concern as the SBA’s $660 billion loan program will eventually run out — potentially leaving smaller and genuinely struggling firms by the wayside.

This backdrop has informed much of the community’s response to news of the Tron Foundation’s apparent move to tap into federal funds.

Bryce Weiner, the CEO of a Los Angeles start-up who has contributed to the New York Times’ recent coverage of PPP-related controversies, responded to news of the claim on May 7:

“This is *exactly* the kind of sh*t the @nytimes was talking about in my interview. This isn’t even an American company. If it is a company, it’s not decentralized and TRON is a security.”

Weiner’s outrage over the apparent handout of “seven figures to the 14th largest cryptocurrency” was echoed by many of the other respondents to a tweet from Matthew Graham — CEO of Beijing-based blockchain investment firm Sino Global Capital — who shared and translated the original WeChat message.

More forgiving commenters pointed to Sun’s San Francisco offices and his apparent entitlement to tap payroll protection for employees in the U.S.

As of press time, Tron has not replied to Cointelegraph’s request for comment.