‘We Try Very Hard to Not Be Number One All the Time,’ Interview With Binance CEO Changpeng ‘CZ’ Zhao

In an exclusive interview with CT, Binance founder and CEO Changpeng Zhao opens up about the meteoric rise of the world’s biggest cryptocurrency exchange. 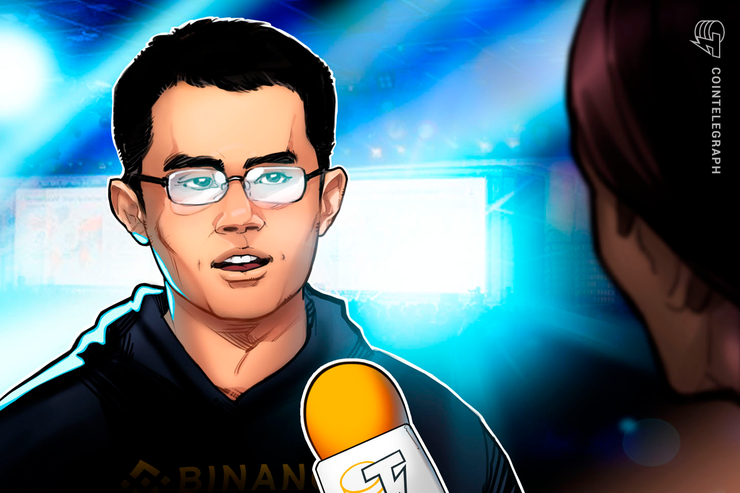 In less than a year since its inception, cryptocurrency exchange Binance has become the biggest exchange by volume in the world.

In an industry driven by the brightest minds, competition is fierce as the world begins to warm to the existence of cryptocurrencies. Newcomers to the industry face an uphill battle playing catch-up to established exchanges with loyal user bases.

This is what makes Binance’s emphatic rise in popularity so astounding, given the short amount of time in which it has overtaken its competitors.

At the helm of this exchange is a man who has gleaned knowledge from previous experiences and fast-tracked the development of the exchange. However, even Changpeng Zhao is still surprised by the astronomical speed in which his exchange has grown.

In July 2017, Zhao launched an initial coin offering (ICO) for Binance that raised $15 mln – enabling the development of the cryptocurrency exchange powered by its own Ethereum-based ERC20 BNB token.

While users cannot trade with traditional fiat currencies as of yet, they can deposit various cryptocurrencies into a Binance account and trade using Bitcoin, Ethereum and numerous other altcoins.

Fast forward to June 2018 and Binance is setting the pace for other cryptocurrency exchanges to follow. Currently the biggest exchange globally with $1.5 bln in trade volume according to Coinmarketcap data, Binance is making big moves to cement its place as an industry leader.

In an exclusive interview with Cointelegraph, Zhao revealed that Binance has officially opened up a bank account in Malta, paving the way for the eventual support of fiat currency deposits and withdrawals on the exchange.

The 41-year-old CEO spoke openly of the challenges brought about by the whirlwind rise in popularity of the exchange and how their ICO kick-started the existence of Binance. He weighed in on recent criticisms of exchanges producing over-inflated data on trade volumes, touched on some innovative ideas possible with blockchain, and gave insights into current projects being undertaken by the Binance team.

How Changpeng Zhao (CZ) entered the world of cryptocurrencies

Changpeng Zhao: I’ve always worked in the financial and IT industry and I’ve been an entrepreneur for quite a while, one of BTC China’s investors. BTC China is one of the oldest sites. One of the investors is a good friend of mine and he introduced me to Bitcoin and Ripple. That was back in 2013 – not too early, not too late. His name is Ron Cao, and he was the managing director of Lightspeed Ventures in China. In 2013 he said, “Hey, CZ, why don’t you look at Bitcoin, it’s kind of interesting.” I took a look, I really liked it.

Born in China and having lived in Canada, CZ says the mixture of cultures has shaped who he is and how