Why Market Players Are Enthusiastic About Investing in “New Economy’: Expert Blog

ICO market gives opportunities for speculations and quick profits, but Only a few startups are ready to long-run. Big players are forced to look for new products and ways of monetization

ICO fundraising is still strong despite increased attention on the part of regulating bodies and saturation of the market. Still, compared to an average seed round venture investment (even considering bias we get due to our dataset’s nature), amount raised stands quite high.

This could easily be explained. Not only a bulk of investors are coming from the crypto world, with their understanding of it (or self-confidence) deep enough to invest in Blockchain-related projects more eagerly, but with “it is new Ethereum/Bitcoin” being a recurring theme in projects’ pitches. All of the market participants were more enthusiastic about investing into “new economy” projects rather than into projects we could label as “traditional,” often with no apparent need for cryptocurrencies/Blockchain technology at all. As for fintech projects, this area has become quite naturally the first field for testing of Blockchain capability for real-world problems.

According to research by The BB Fund, based on the data tokendata.io, more than $5.3 bln was raised via ICO in 2017 with $5.1 bln attracted for the last nine months.  There were 1,331 analyzed and only projects raising over $1 mln were considered. 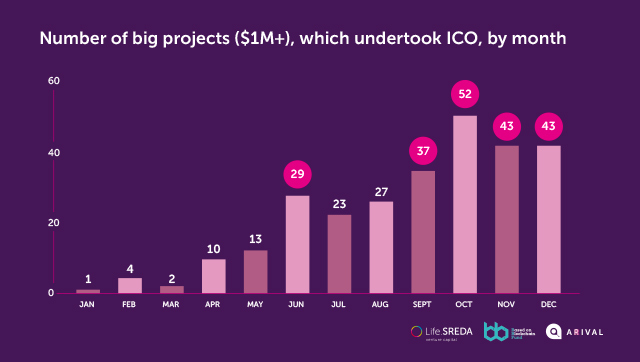 According to the research, 60 percent of ICOs have been profitable so far: median return is 2x. 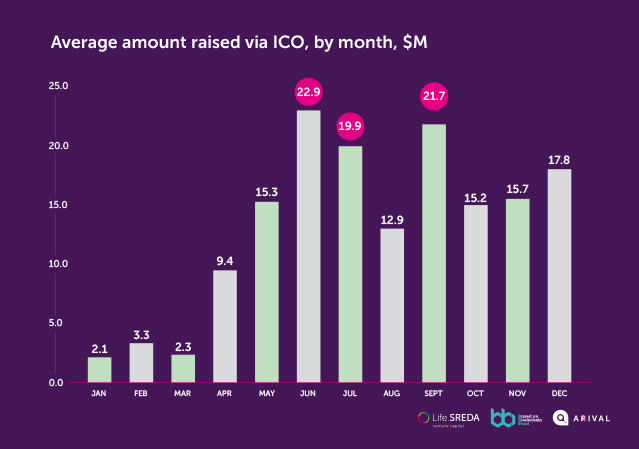 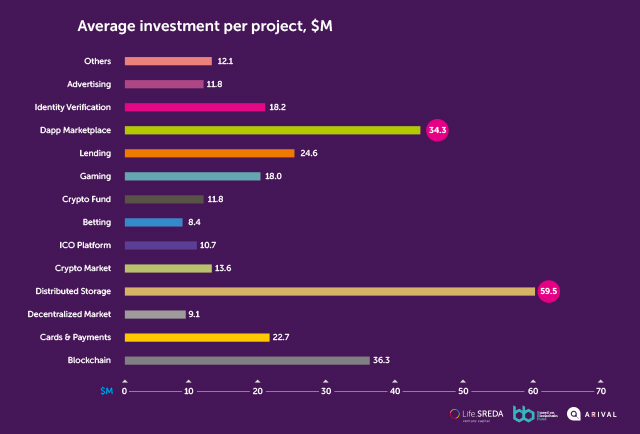 The categorization is quite subjective and is organized as follows:

“Cards & Payments” stands for a very broad category of projects, from merchant-serving payment processors to crypto wallets with built-in p2p transfers and other functions.

While the majority of these projects do not benefit from Blockchain, implement things already implemented and suffer from lack of resources, some of them seem interesting and could be able to survive and prosper.

“ICO platform” may refer not only to such platforms but also to accelerators, startup clubs and any sort of a project, which claims it is developing an ecosystem of investors, teams and crypto enthusiasts.

“Identity Verification” and “Advertising” are broad categories, too, with the first one including projects with an emphasis on verification – from people’s identity to identity of food products and content. The second segment includes everything advertising-like – lead generation, promotion, brand influencers’ network.

Among other categories we would like to specifically mention businesses referred to as being “commodity”-backed. This term, again, doesn’t always stand for a commodity in common sense (gold or zinc oxide), but also for any tangible real-world asset, which either used as a sort of collateral or may be handled as such.

This distribution not only reflects bigger interest toward Blockchain infrastructure/fintech projects but also higher costs of development of them due to bigger development workload (Blockchain), license and integration-attributed costs (fintech). While valuations and investment attracted are rarely substantiated, investors more willingly allocated larger amounts of money to projects with high capital costs.

Also, we could observe sorrowful tendency of poorer-quality projects to originate in Decentralized Market/Betting segments, with seemingly no diversification and original ideas behind them in many cases.

ICO market may be hard to predict at times

A system of simultaneous linear equations describes price dynamics of crypto assets, whether they are more “traditional” coins or ICO-related newly issued tokens, pretty well. While overall demand for crypto assets is defined by endogenous factors (mostly news, investor sentiment and manipulation of “whales”), this being the main factor, defining the value of all crypto markets.

Even if you are not quite familiar with a concept of correlation, you could have already noted that most of the assets usually move in the same direction, every time with exception of a few. This is a phenomenon very familiar for stock market investors too, especially for those involved in trading assets on markets with a high level of political turbulence, for example. You could easily find dependency between the volume of ICO money raised in a given month and ETH price (which are assets mutually influencing each other)- for Bitcoin and Ethereum interdependence in prices is also very characteristic. 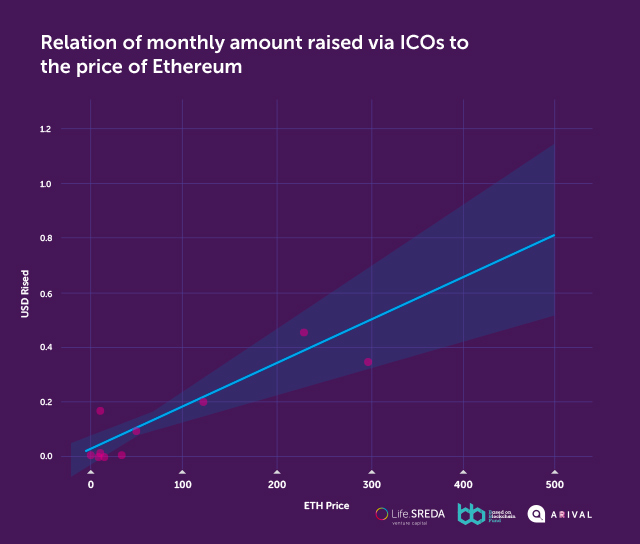 However, in the case of ICOs, it is difficult now to attract long-term investors by promising them return some moment in the future– there should be a plan on the startup side how to get to this future as fast as possible at a steady pace.

“All crypto communities […] need to differentiate between getting hundreds of billions of dollars of digital paper wealth sloshing around and actually achieving something meaningful for society.”

ICO market gives a lot of opportunities for speculations and quick profits, especially due to early-stage “pre-sale” discounts and premiums, and only a few players are ready to play in a long-run. Your investment philosophy should be based specifically on a long-term strategy. The strategy being the development of technologies on the emerging and unbanked markets (Asia, Africa, LatAm), infrastructural implementations to enable and/or disrupt the traditional systems (including bank-as-a-service models and open banking principles) and convergence of crypto and traditional financial worlds, including Blockchain implementation by government bodies. 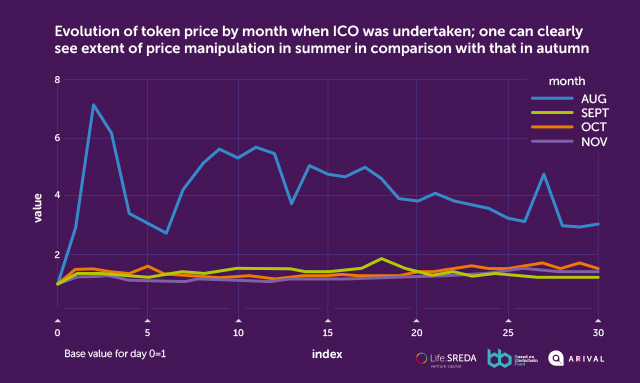 So far, we could observe several moves on the side of the industry, its main players incentivized and welcomed. They could allow for Blockchain-related technologies and companies to make a breakthrough and for investors to profit. Not only commodity sector, but also some advertising, payments and lending companies make their way into respective industries with the leverage of an ICO. Such as ETHLend (lending), Ripio (micro-lending), UTRUST (crypto payment gateway), BitClave (smart advertising and promotion) and NVB (native video advertising via vlogs and content discovery platform), to name a few recent examples.

For many of these companies, smart contracts and tokens are the only nuisance and it is highly doubtful they would make any use of Blockchain technology (or would be happy with something absolutely decentralized).

While for those, who raised small and easily convertible sums via ICO fraudulent behavior and negligence it may seem a viable (even punishable by law) way, big players are forced to look for new ways of monetization, products and models, which could pay for all this (rather expensive) story. The biggest ones could probably become investors themselves (which would be bad for current token holders, but not so bad for the ecosystem as a whole), looking for projects to outsource the task of profit-making. This may seem crazy, but with so much money at stake and their future earning often tied to the buying power of their own tokens, companies are forced to look for ways of wealth creation like never before.