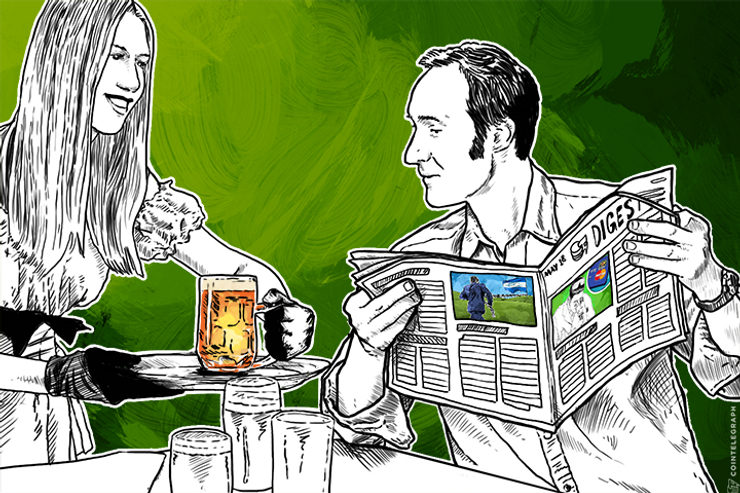 XBT Provider has issued the world’s first bitcoin tracker to be used on a regulated exchange; Mexican Bitcoin Exchange Volabit launches ‘Whatsapp Personal Assistant’ and more top stories for May 18.

XBT Provider has become the first issuer of the world’s first Bitcoin tracker to be traded on a regulated exchange. The company, which is a public limited liability company incorporated under Swedish law, says this will make it easy for entities and individuals to trade in bitcoin.

“We are proud to offer the world’s first “Bitcoin tracker” to be traded on a regulated exchange. By enabling this easy and secure way to invest in Bitcoin we hope to have eliminated the boundaries that earlier prevented individuals and companies from being able to actively invest in what we believe to be the future of money.”

In what has been interpreted as a sign of growing interest in Europe’s financial tech scene, Ireland’s CurrencyFair has raised $10.6 million in a round that was led by U.K.’s Octopus Investments.

“The money transfer sector has seen a lot of attention recently, with customers beginning to realize the high fees charged by banks when sending money internationally.”

Volabit, a Bitcoin startup based in Puerto Vallarta Mexico, has launched a service that pays your phone bills, utilities, and other expenses with bitcoin through a computer bot. The payment is done with the help of the social networking app, Whatsapp.

Relationship expert, Dr. Jochen Konrad has advised men to avoid Bitcoin related topics on the first date. On his tours, the dating expert believes that Bitcoin does not stimulate the imagination of women. Nevertheless, he himself is a Bitcoin fan and even accepts payment in digital currency for his books.

"I think bitcoin should not be discussed by guys, because that doesn't really stimulate the imagination of women or deliver any emotional cues. I would only recommend even talking about it, when she already shows an interest in technical topics – or asks how the hell he just paid for coffee."

A Proposal to have Auditable Bitcoin Wallets

Some developers led by Oleg Andreev have proposed auditable wallets in a whitepaper. This is expected to prevent the possibility of hackers hiding backdoors behind seemingly random data. The new feature will apply to both specialized hardware and general-purpose computers running wallet software.

“Hardware Bitcoin wallets are obvious targets for backdoors. We propose a unified method of auditing any wallet for presence of potential backdoors or bugs. The specification also applies to software wallets executed by general-purpose computers, although these may be more challenging to audit.”

File hosting service Ziddu has integrated a bitcoin wallet into its platform. While the service is free, users can sell their content to other users. This creates the need for a micropayment service, which is where bitcoin comes in.

The Bitcoin wallet feature will further differentiate Ziddu from similar services such as Dropbox, Google Drive, and OneDrive.

Danish virtual currency bourse the Crypto Coins Exchange Denmark ApS (CCEDK) has announced a launch of its next-generation payment card, the MasterCard-backed Bitcoin Debit NanoCard. Unlike other bitcoin or prepaid cards in the market, however, the Bitcoin Debit Nano