Zimbabwe’s monetary crisis has obliterated the wealth of many Zimbabweans as well as businesses. 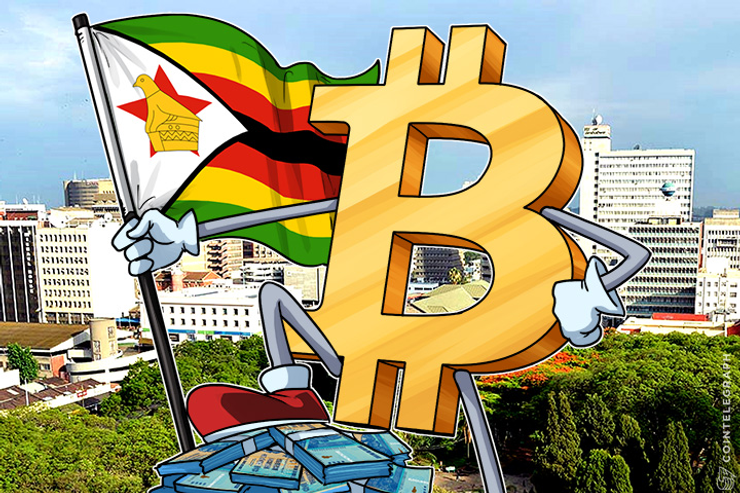 To experience an inflationary rate of up to 500 bln percent is insuperable to creating wealth and better living standards.

Robert Mugabe and his cronies thought they could defy basic economic principles and still have their way. Their actions have created untold hardships for many of their compatriots. It is a pity that a food basket like Zimbabwe has to experience famine.

Just last month the government introduced a new “bond note” currency pegged to the US Dollar. Ridiculously, it was the same government that printed money consisting of up to a 100 trillion Zimbabwe dollar note, which couldn't even buy a loaf of bread.

Cointelegraph had a chat about the new bond note currency with Prince Fortune Sibanda, a Zimbabwean information technology consultant, and Bitcoin enthusiast.

Cointelegraph: What is your general impression about Zimbabwe's bond notes allegedly pegged to the US dollar?

Prince Fortune Sibanda: The impression is that the new money is going to be working for the good of the people. The fact is that there was no money, and the money currently being made available is sought to help cut the queues short at the banks and facilitate the general movement of transactions as opposed to the thought boggling scenario where the money is apparently available on the computer displays but cannot be used to function.

CT: Do you think Zimbabweans trust this new currency?

PFS: Zimbabweans really do not have a choice. I mean, that is not the question here. The question should be whether there is enough that is going to sustain the crisis till better implementations that contribute to the GDP, like the industrial sector, are thoroughly re-invigorated to make the economy self-sustaining again.

CT: Is the new money being used alongside the other nine currencies the country has been using?

PFS: Yes, the currency is being used alongside the other currencies. There has not yet been a mandate that speaks to phasing out the currencies that are currently in circulation.

CT: What repercussion has the monetary crisis had on Zimbabweans, and how are you dealing with it?

PFS: Well, people have resorted to electronic transactions. Those are becoming increasingly popular and even the power company has got to the point of allowing payments via mobile transactions, though much more traction reliable solutions like Bitcoin have not yet been fully integrated into the systems at a government or parastatal level.

CT: Is Bitcoin a remedy to this crisis?

PFS: Yes, Bitcoin would be fantastic for this country in a way that has never been seen before particularly speaking to the fact of how it is decentralized. That would be the keynote towards its application here in Zimbabwe.

There is a company called BitMari which is operating in Zimbabwe. The Mari part of its name reflects its Shona heritage. I hear though that its operational base is in the United States, so I guess things such as promotional videos, physical pamphlets and other material related to educating people about Bitcoin has been limited as a result of it being foreign based. It's crucial for the Bitcoin community to scale up the education and promotion of Bitcoin in Zimbabwe.