DeFi-tokens corrected heavily over the past 30-days but on-chain data suggest Ether is in the early stages of a bullish reversal.

11027 Total views
38 Total shares
Listen to article
0:00
Market Analysis
Own this piece of crypto history
Collect this article as NFT

While Ether (ETH) price has been stuck between the $340-$350 range for the last month, multiple on-chain metrics suggest that a recovery may be building. 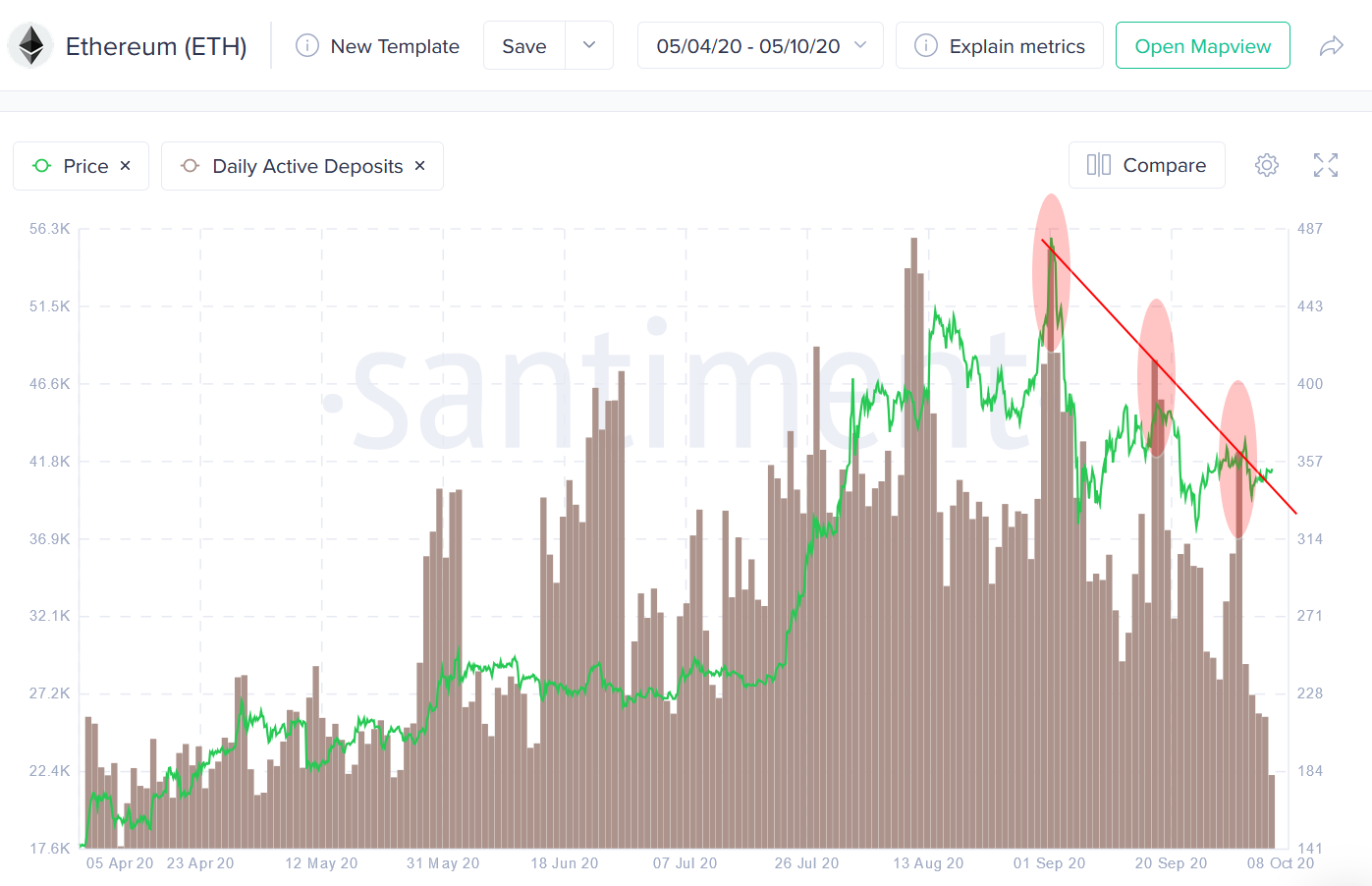 Although sell pressure on Ether has been reducing on exchanges, the number of new users on the network has been steadily increasing.

Data from glassnode, a onchain analytics resource, shows the number of addresses holding at least 0.01 Ether reached a new all-time high at 10,116,076. 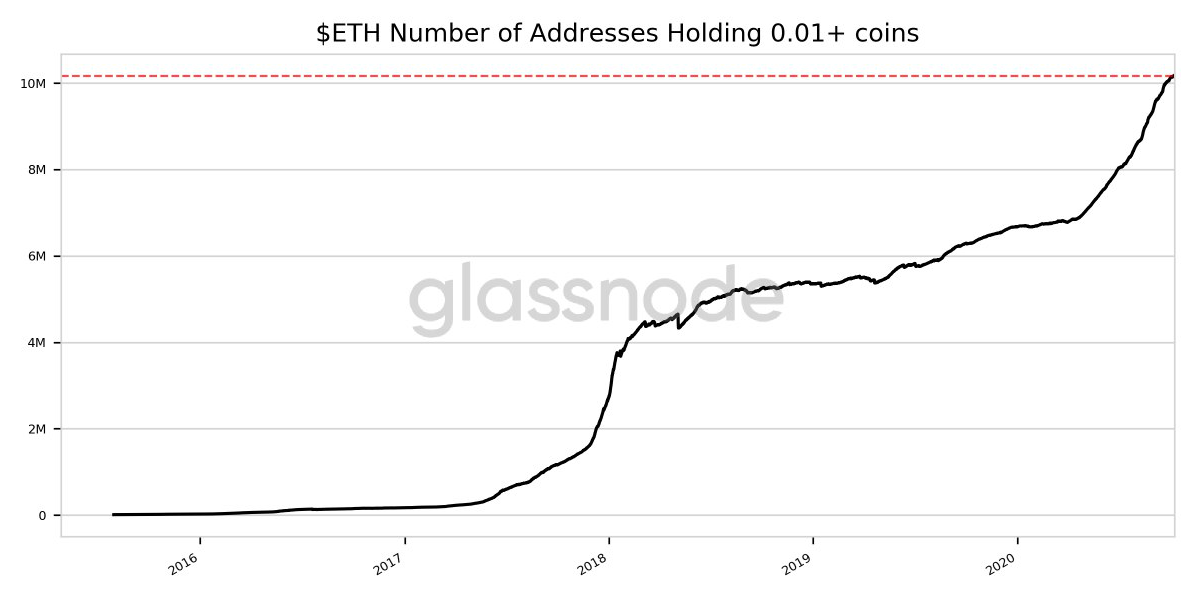 This growth is largely driven by the DeFi sector and just this week Etheruem wallet, MetaMask confirmed that it surpassed 1 million monthly active users, a figure that has tripled since February.

Crypto whales have also been accumulating Ether at the current princes, suggesting that they believe the altcoin is underpriced.

While it is hard to affix a concrete value to crypto assets due to the high levels of market volatility, Ether has been a top performer in 2020 and the altcoin still significantly outpaces the gains seen from Bitcoin.

According to Santiment, the top 100 Ether whales have been stacking Ether for the past 40 days and these addresses have grown their balance by more than 3.7 million Ether during this time period.

The decentralized finance sector has dominated the crypto world in 2020 and it is clearly one of the main reasons for the increased interest in Ether and other digital assets.

The growth of the sector has also strengthened Ethereum’s use case and placed a spotlight on blockchain networks providing Layer2 technology.

In September the price of DeFi tokens took a massive hit but user activity within the sector is still holding strong.

According to Digital Assets Data and DeFi Pulse, the total value locked on DeFi is sitting at $10.5 billion, having grown by 26% in the last 30 days.

Trading activity within the sector has also reached new highs. Take for example, the Uniswap decentralized exchange, which in September saw a record monthly volume of $15.3 billion, a figure which exceeded Coinbase.

Other areas within Ethereum have seen an increase in activity. The Non-fungible Token (NFT) sector saw over $7.7 million in sales volumes over the last month, according to data from Non-fungible.com.

DeFi will have some growing pains

Even though on-chain analysis paints a bullish picture for Ether, it is also worth noting that the Ethereum blockchain is currently sitting on a weak foundation as congestion and high fees continue to be an issue for the network.

This has led developers and various DeFi platforms to begin searching for and experimenting with blockchain networks that offer layer 2 technologies. While the integration of layer 2 solutions are unlikely to diminish demand for Ether, there are other more menacing clouds forming.

Last week the CFTC and DOJ dropped the hammer on BitMEX, arrested its co-founder and announced that the exchange owners were charged of operating an illegal derivatives exchange and violating the banking laws.

On Oct. 5 the U.S. Department of Justice also announced that John McAfee had been arrested in Spain for tax evasion and the U.S. Securities and Exchange Commission (SEC) alleges that McAfee promoted initial coin offerings (ICOs) without disclosing that he was being paid by the ICO issuers to tweet about each project.

What is clear is that authorities and regulators intend to pursue individuals and businesses which evade the law in order to promote their crypto products and services.

Given that decentralized exchanges like Uniswap lack KYC and AML policies, DeFi could easily be the next target that the SEC, CFTC and DOJ go after, especially with the growing number of scam projects in the space.