According to Key European Regulator, ICOs Could be Derivative Activities

Yes, that ICO is probably a security. ICO platforms and founders need to be responsible, and public must exercise great caution. 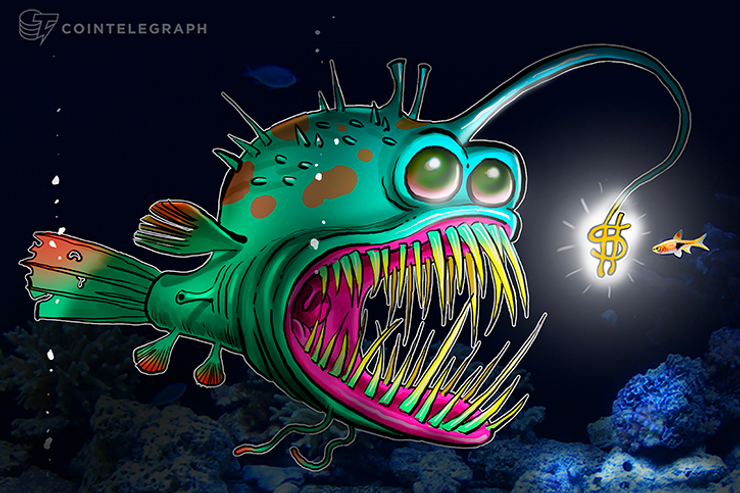 On the back of a series of statements, ESMA today issued one about ICOs, highlighting their concerns for investors that ICOs can cover fraudulent and illegal activities. ESMA further warned investors they can lose their money, and there are now big impacts for ICO platform providers. Also impacted are those agencies, partners and service providers that are involved in promoting, talking about and handling any ICOs activities.

The biggest impact will be for firms (ICO platform providers) that are central to issuing a token as part of the ICO process. It is a stark reminder of their inherent obligations to do things properly and follow the rules that are already in place.

“ESMA is concerned that firms involved in ICOs may conduct their activities without complying with relevant applicable EU legislation.”

It very much looks like ESMA is getting to grips with the direction of travel and how they intend to legislate Initial Coin Offerings now and in the future. The main concern of ESMA is protecting investors, which is a bit crass given the lack of investor protection leading up to and after 2008.

However like most regulation, most of it is bad and protects the few. Now you may be thinking this announcement will only apply to the EU member states. Yes, this is true, but it also brings most ICO activities into the regulatory tent - from a corporate, legal, investor or ICO provider perspective where one or more participants is a European or based here.

99.9% of tokens are securities

Given 99% of ‘tokens’ issued to date, regardless of the white papers’ disclaimers that deny all knowledge and claim their token isn’t a security, it is! Now this presents a big challenge to the ICO market as regulators look to tidy things up and bring a stop to the wild west behaviours seen in the early part of 2017.

If you have issued a token that is a security, the project, the ICO platform providers, the PR and marketing firms fall within and are expected to follow these guidelines.

For ICO platform providers the implications are significant and the costs of being able to support current legislation will rise, exposing the directors and owners of these businesses to compliance requirements. There are many ICO platforms pumping the madness, and they take on any project regardless and have no consideration of the token being a security or whether the project makes sense, whether the founders are credible and there is some form of governance. The bottom line is we are better off without these platforms as they place naïve founders in the firing line.

Is this announcement part of the streamlining if the ICO market that will push out bad actors? If so, it has to a good thing right…?

Will we see ICO platform providers having to be regulated themselves? Inevitable or likely…

The key part of ESMA’s statement was:

“ESMA stresses that firms involved in ICOs should give careful consideration as to whether their activities constitute regulated activities. Any failure to comply with the applicable rules will constitute a breach.”

The key wording here is firms, as in:

The knock on effects will be far reaching…

“Where ICOs qualify as financial instruments, it is likely that firms involved in ICOs conduct regulated investment activities, in which case they (ICO platform providers)  need to comply with the relevant legislation, including for example: the Prospectus Directive, the Markets in Financial Instruments Directive (MiFID), the Alternative Investment Fund Managers Directive (AIFMD); and the Fourth Anti-Money Laundering Directive.”

Most notably, ICO activities can also be linked to the Alternative Investment Fund Managers Directive, because the token is seen as a financial product and covered by MiFID that controls the advertising (pumping) and distribution of financial products. Therefore any ICO service provider that touches the ‘token,’ which is the financial instrument, has to fall in line.

Then there is the Prospectus Directive relating to proper projects’ correct disclosure and information for the investor to make an informed decision. Adequate information in the white paper with the likely additions of detailed ROI (returns) and revenue projects, governance around use of funds and the commitment for the founders to deliver on their promises and obligations will likely be required. When the white paper looks more like a prospectus, that it is when you have a token that is a security.

When is a token not a security…?

It’s not a security when it is a currency, a reward for doing something on the platform, access to an ecosystem where tokens are earned like air miles. And that is about it.

Some tokens under eMoney rules allow more flexibility to be linked to a product or service and offer rewards for participation, such as a coupon or voucher that holds monetary value…

If the purpose of your token is to bring capital into your business, be under no illusions. In the US, UK and EU and in many other jurisdictions it will be considered a ‘polling instrument’ (comes under Collective Investment Scheme Rules) and therefore a ‘security’ because the capital will be used by the founders to build something…

Be safe…work with only the ICO providers that take things seriously, do the right things and have everything in place required to issue and promote a token that is a security.