At 8,990,000% Gains, Bitcoin Dwarfs All Other Investments This Decade

While critics highlight volatility and price declines, BTC investors have in fact only lost money on 11% of the days the cryptocurrency has existed.

Bitcoin (BTC) has beaten gold in terms of returns by such a large amount this decade that investors have firmly dismissed recent price declines.

Data from monitoring resource Blockchain shows that since 2010, Bitcoin has delivered profits of almost 9 million percent.

Bitcoin profitable 89% of its lifetime

The statistics underscore Bitcoin as a winning investment for the vast majority of existence. As information portal 99 Bitcoins confirmed on Thursday, since 2009, Bitcoin has only been unprofitable to buy on 434 days — at price peaks.

This equates to 89.16% profitability, allowing BTC to put pay to gold’s record despite the precious metal’s own recent advances in U.S. dollar terms.

Year-on-year, Bitcoin returns have been similarly impressive. At current price levels around $7,150, Bitcoin investors made 85% profits versus December 2018.

With 2017 as an exception, they remain in the green every year since the beginning. 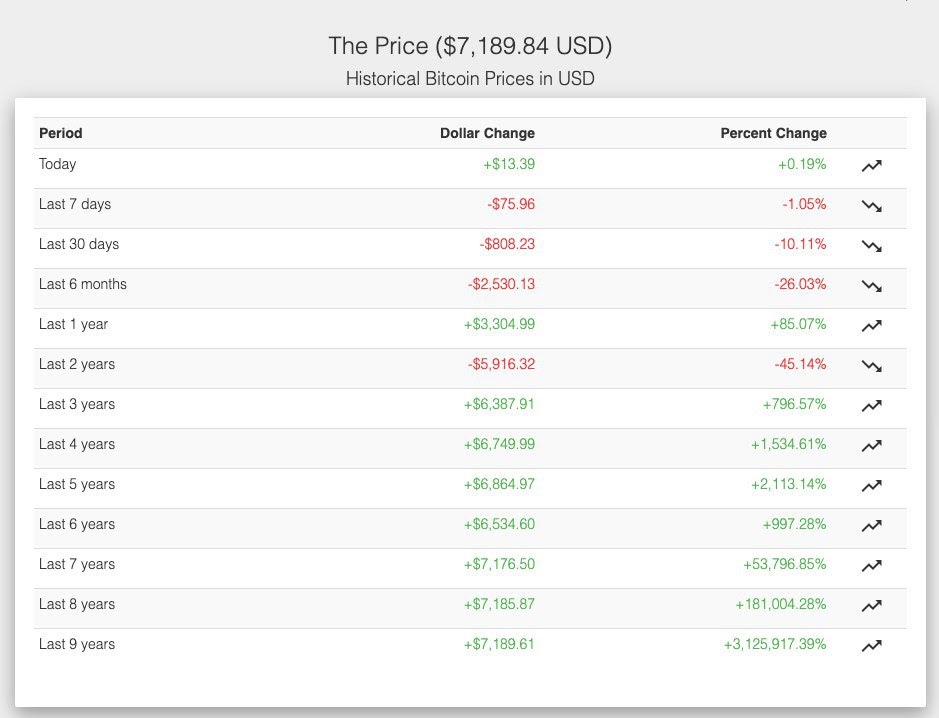 As Cointelegraph reported, a recent analysis of wallets has shown that Bitcoin “hodlers” have in fact remained highly disciplined in 2019, despite this year producing a bull-run from lows of $3,100 to almost $14,000.

The phenomenon supports the perception of BTC as an investment tool, suitable for savers with a low time preference who wish to preserve wealth for the long term.

As Saifedean Ammous summarized in his popular book, “The Bitcoin Standard,” that characteristic will continue to pit Bitcoin directly against “easy” forms of money, including fiat currency.

Over the New Year period, the U.S. Federal Reserve alone will add an extra $425 billion in fiat value to the economy — more than three times Bitcoin’s market cap that is essentially money created out of thin air.