In a mainstream media interview, Draper surprises by confirming he was out of the market for half a year, doubling down on crypto instead. 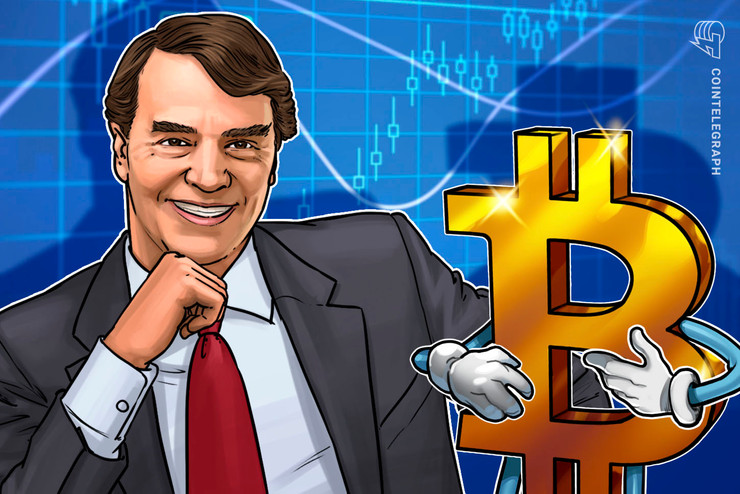 Tim Draper now holds “a lot” of his portfolio in Bitcoin (BTC) after pulling his wealth out of public stock markets six months ago.

Speaking to CNBC on Feb. 24, the VC investor and serial Bitcoin proponent revealed that he had significantly added to his crypto holdings since last year.

“It’s a lot, it’s a lot, a lot,” he responded when quizzed about exactly how far his faith in Bitcoin extended.

“I’m just a believer — and I look and I say, ‘Hey, this is just better.’ Long term, people move to things that are better.”

Draper was speaking in his characteristic Bitcoin logo tie as stock markets plummeted worldwide due to concerns over coronavirus.

Continuing, he confirmed his exposure to the crisis was limited due to previous concerns that stocks were too “frothy.”

“It just got too frothy — the market got too excited and Uber drivers were doing day trading, all the signs were there,” he said.

Draper added that his VC firm, Draper Associates, was still active in private markets. His other major crypto investment, Tezos (XTZ), has more than doubled since the start of the year.

Many other remarks were already known to Bitcoin supporters, including a $250,000 price target, which Draper now feels will come by around 2022.

During that time, the health of investments such as banks and insurers will change dramatically for the worse, he warned, disagreeing with comments about Bitcoin from Berkshire Hathaway chairman, Warren Buffett, earlier on Monday.

In his latest anti-Bitcoin diatribe, Buffett claimed that cryptocurrencies en masse were not productive investments.

“Cryptocurrencies basically have no value and they don’t produce anything,” he told CNBC.

“So you can look at your little ledger item for the next twenty years and it says you’ve got X of this cryptocurrency or that — it doesn’t reproduce, it doesn’t deliver, it can’t mail you a check, it can’t do anything. And what you hope is that someone else comes along and pays you more money for it.”

As Cointelegraph reported, BTC/USD remains the star investment of 2020, with year-to-date gains at one point exceeding 40%.