Amid record correlation between Bitcoin and the S&P 500, the IMF has predicted the worst global downturn in almost a century.

The International Monetary Fund (IMF) has published a stark prediction that the unprecedented global economic slowdown triggered by ‘the great lockdown’ will get much worse before it gets better.

With Bitcoin (BTC) experiencing a record correlation with the traditional markets, the cryptocurrency needs to break away from the S&P 500 if it has any chance of producing the highly anticipated post-halving bull run.

On April 14, the IMF published its quarterly World Economic Outlook report, describing the COVID-19 induced lockdown as the worst economic downturn in 90 years and predicting a total of nine trillion dollars of losses by 2022.

The report’s growth estimate has fallen by 6.3% since January, predicting a year-over-year recession of 3% as economic activity retraces in more than 170 nations.

IMF Director of the Research Gita Gopinath said the prediction was based on the assumption “the pandemic and required containment peaks in the second quarter for most countries in the world, and recedes in the second half of this year” and said the growth forecast was a “major revision over a very short period”:

“This makes the Great Lockdown the worst recession since the Great Depression, and far worse than the Global Financial Crisis.”

The 2008 financial crisis saw a 0.1% global retraction in growth 12 months from its outset. However this current crisis has an immediate impact on China and India. The IMF is more optimistic about 2021, predicting a 5.6% global recovery. 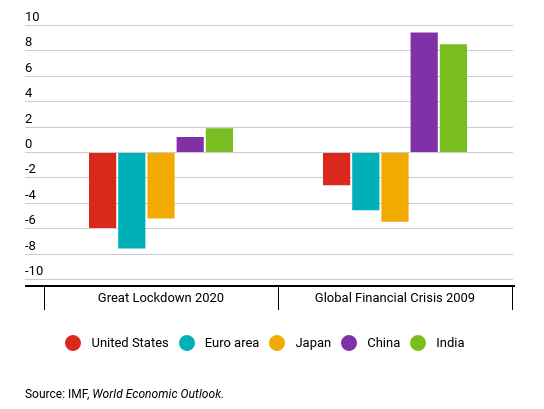 The International Monetary Fund’s outlook for the global economy may comprise a negative omen for the Bitcoin and cryptocurrency markets, with BTC recently producing record correlation to the S&P 500. While it’s unknown how traditional markets will react if the crisis deepens, the history of major financial crises suggest they have further to fall.

According to data published on April 14 by Coinmetrics, the mid-March market turmoil saw Bitcoin in record correlations with the traditional markets. While confluence appeared to briefly normalize towards the end of March, early April has seen correlations rebound and reapproach last month’s record levels.

Correlation between gold and BTC at all-time high

However, the immediate liquidity crisis appears to have driven confluence across most asset classes — with correlation between the S&P 500 and gold reaching its highest in half a decade, while confluence between Bitcoin and gold sets a new record. 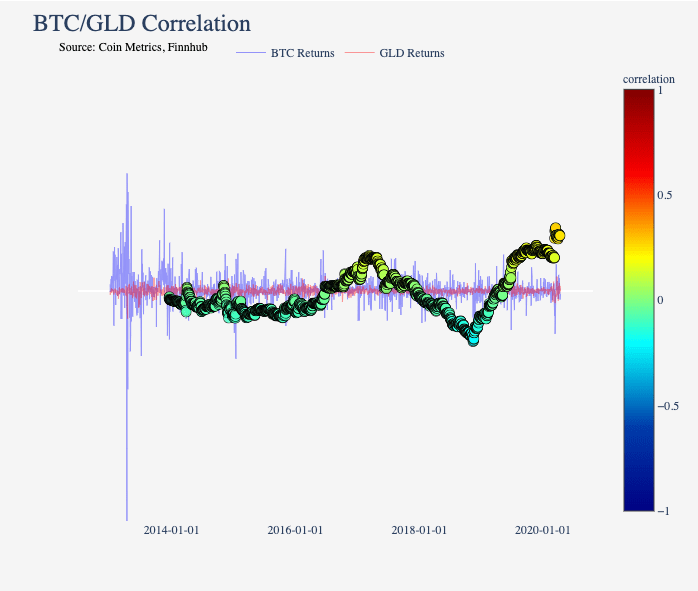 Gold’s performance during the GFC could prove instructive. While the initial liquidity crisis drove a 30% drop in the price of gold during the first six months of the 2008 crisis, gold recovered to gain 150% over the next three-and-a-half years.

Should history repeat itself, Bitcoin will have to shake its confluence with the traditional markets and move in-step with gold to produce the anticipated post-halving bull trend.

Coinmetrics said that over the long term, the correlation between Bitcoin and the stock market was expected to disappear:

“Although correlations recently reached all-time highs, it is unlikely that Bitcoin and S&P 500 correlations will remain elevated in the long-term without major changes in the fundamentals of one or both markets.”