The lack of consensus within the BCH community over November’s hard fork leaves the currency at risk of a split.

Controversial and untrusted figure in the Bitcoin Cash (BCH) community Cobra Bitcoin may prove to be the saving grace for the network’s future, after a highly contentious dispute between Bitcoin ABC and nChain threatens to split BCH into competing chains ahead of a scheduled hard fork in November.

Cobra, the anonymous owner of Bitcoin.org and previous critic of Bitcoin Cash, announced the Cobra Client hard fork in a Medium post and dubbed the upgrade a “safe implementation of the Bitcoin Cash protocol.” The proposed upgrade is in response to the “mostly non-important and non-urgent changes” proposed by major developers Bitcoin ABC and nChain.

nChain’s Bitcoin SV will increase block size from 32MB to 128MB and reinstate four “Satoshi opcodes” in an effort to restore the original Bitcoin protocol. Wright opposed the addition of new opcodes and other arbitrary changes to the network and stated nChain would revert to version 0.1.0 implementation in order to preserve long-term stability for BCH.

Jihan Wu, Bitmain founder and major supporter of Bitcoin ABC’s initial hard fork of Bitcoin in 2017, weighed in on the debate and dismissed Craig Wright’s baseless opposition to the fork, calling him a “fake Satoshi.”

Ethereum founder Vitalik Buterin also took a strong stance against Wright, saying in a tweet that “the BCH community should NOT compromise with Craig Wright to ‘avoid a split’ and should embrace it as an opportunity to conclusively ostracize and reject him.” Buterin called Craig Wright a “fraud” after hearing him speak at the international Blockchain forum Deconomy in April, alluding to Craig’s claim of being the creator of Bitcoin.

The BCH community should NOT compromise with Craig Wright to "avoid a split" and should embrace it as an opportunity to conclusively ostracize and reject him. Bitcoin Craig (BCC) can go take the ticker symbol from the now-defunct cryptocurrency to which it is a fitting successor.

Cobra proposes a compromise to settle the drama

Now, in an apparent effort to save the reputation and future of Bitcoin cash, Cobra is pushing for a sensible approach to the network’s upgrade to avoid a split. Cobra stated the necessity to avoid interrupting service to users, which will cause irreparable damage to BCH’s reputation and value, and that if there is no consensus, then it is best not to make any changes at all.

Cobra Client is a conservative approach and won’t add any new changes due to the lack of consensus on new opcodes and canonical transaction ordering proposed by Bitcoin ABC. Instead, Cobra’s fork will implement replay protection to prevent BCH transactions from being duplicated across alternate chains, in case of a splintering of BCH — which still has a strong possibility.

Cobra Client solicited support from a broad portion of BCH stakeholders to prove that the upgrade is a viable option for the BCH protocol. Cobra Client claims to have nearly 25 percent of existing BCH hashing power backing the upgrade and that a major exchange will continue the use of the BCH ticker symbol after the changes in November. Cobra Client also addressed the decrease of BCH use in commerce by securing deals with major businesses that have agreed to test the upgrade.

Bitcoin ABC, who is responsible for the original BTC/BCH hard fork in 2017, and Wright were once in unanimous agreement that Bitcoin Cash was Satoshi Nakamoto’s ‘true vision’ for Bitcoin. But the new updates have caused a schism in the BCH community, with nChain and Coingeek claiming Bitcoin ABC’s recent move is a deviation from Satoshi’s original white paper vision.

Proponents of Bitcoin ABC’s changes argue the new features will make implementing a smart contract framework in the protocol more efficient and improve scalability. Around two-thirds of node operators use Bitcoin ABC, but that could change if a compromise between developers isn't reached soon.

Wright, who claims to be Satoshi Nakamoto, stated in a recent blog post on Medium:

“Something people fail to understand about Bitcoin is that it is intentionally limited[...] This is purposeful[…] [It] is designed to be stable money and, for that reason, it is not designed to have new opcodes added outside the need for a few security-based replacements or to be altered.”

Still no consensus, answers for the future of BCH

Coingeek is the largest BCH mining pool and supporter of nChain’s proposed changes. The mining poll experienced an increase in its hashrate to 28 percent around the same time of the announcement of Bitcoin SV. 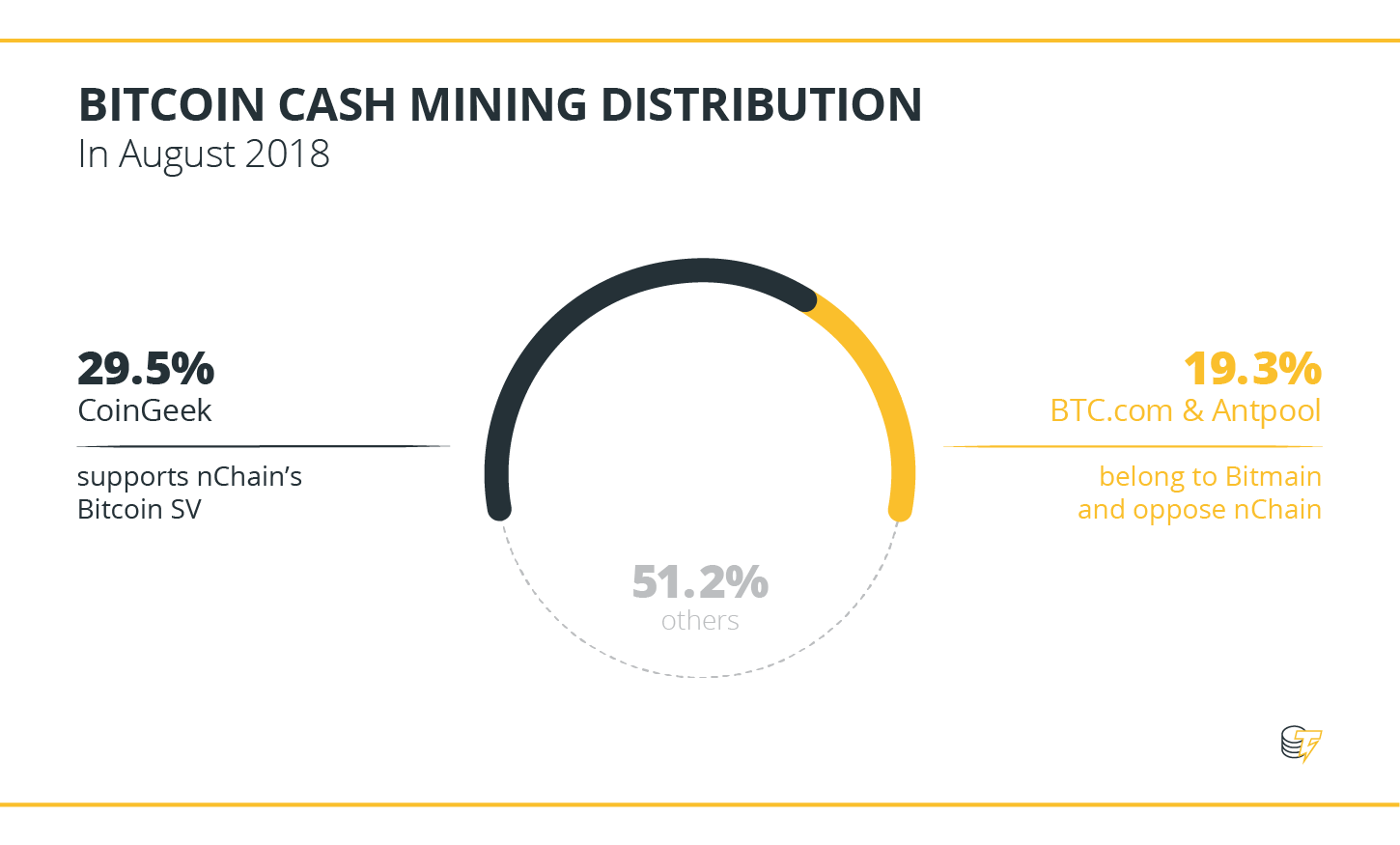 Peter Rizun, the chief scientist of Bitcoin Unlimited — a development team accounting for nearly one-third of all full node clients — tweeted his position on the matter, saying Bitcoin ABC should hold off on its plans until more evidence proves its benefits.

The Bitcoin Cash community tuning into the drama is keeping a close eye on mining pools, since miners ultimately cast the vote with their hash power. The conflict within the BTC community represents an ideological schism among developers’ vision for the future of Bitcoin Cash in accordance with the principles set forth in Satoshi’s original white paper.

The Cobra Client upgrade is a safe bet, but Bitcoin ABC and nChain’s fundamentally opposing positions makes a split of BCH seem inevitable.