Interest returns to Bitcoin products as one company CEO says that BTC price is “just getting started” by challenging $7,000.

Bitcoin (BTC) is capturing investor attention once more as futures markets hit their highest volume since markets crashed below $4,000.

According to data from monitoring resource Skew, April 2 saw the best performance from non-exchange operators of Bitcoin futures since March 16.

The uptick followed two weeks of lackluster performance. Investors had panicked last month after a downward spiral unraveled across Bitcoin markets, sending the price as low as $3,600 in a matter of hours.

Since then, price-performance has recovered, on Thursday hitting around 93% versus the March bottom as BTC/USD reached $7,170. 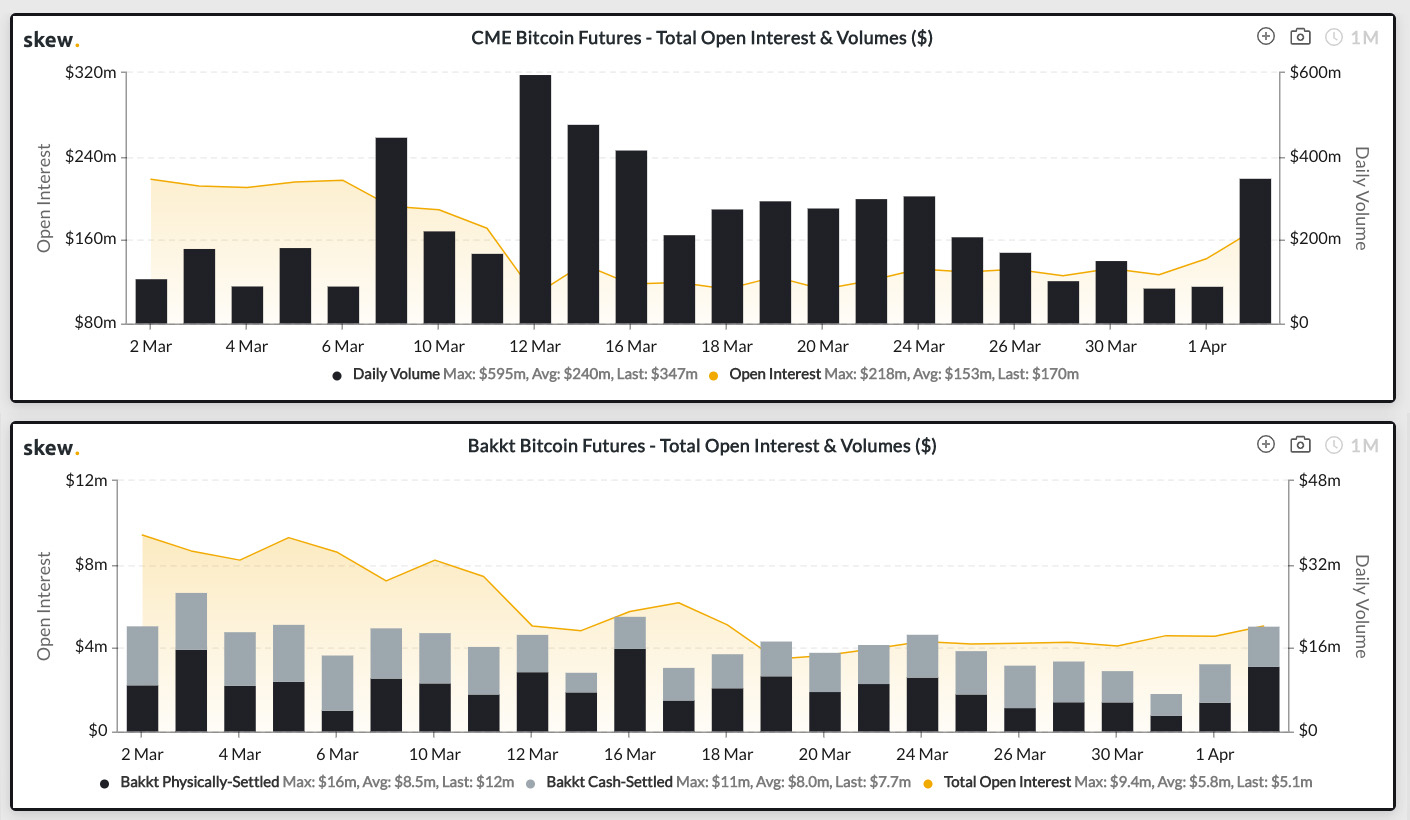 Investor confidence has returned in record time, despite the ongoing uncertainty afflicting traditional markets over coronavirus. Analysts believe that Bitcoin initially suffered from the epidemic as investors sold funds to cover losses in stocks and elsewhere.

For some industry participants, current price action at $7,000 was just a foretaste of what is to come.

Jonathan Leong, co-founder and CEO of trading platform BTSE, said he was “bullish” on the future. He summarized on Twitter:

“#Bitcoin showing extraordinary resilience in what could possibly be the worst economic crisis yet, and it's just getting started!”

Putting money where it counts

Even Bitcoin skeptics continued to pour scorn on the highly controversial government response to the economic impact of coronavirus.

Since the United States Federal Reserve injected a record $6 trillion of liquidity into the economy and said that it has “infinite” money, the spotlight has increasingly focused on the idea that fiat currency is a zero-sum game.

Bailing out loss-making or unsustainable business sectors, such as airlines, with worthless money, was thus the start of a never-ending cycle, gold bug Peter Schiff warned.

“Giving airlines money to keep workers employed they no longer need is not only a waste of taxpayer money, but it leads to a miss-allocations of labor resources, and a less efficient and competitive American airline industry that will be in constant need of future bailouts.”