Bitcoin, Gold May Both Hit $1K in Race to the Bottom — Peter Brandt

Gold has only limited support between current levels and $1,050, Brandt warns, while only a “pie in the sky” event can save Bitcoin.

Bitcoin (BTC) may end up in a race with gold to hit the $1,000 mark, as one analyst identifies support below $1,400 for the precious metal.

In a tweet on March 16, trader Peter Brandt warned that if nearby levels around $1,350 failed to hold, XAU/GOLD may yet fall to within an inch of three figures.

Brandt: only “pie in the sky” can save BTC

Gold has copied Bitcoin in seeing precipitous falls in March, as coronavirus panic spills over from stocks and other facets of the fiat economy.

Brandt also repeated a previous warning that BTC/USD was also destined to collapse to $1,000 unless a “pie in the sky” chart setup saved the cryptocurrency. 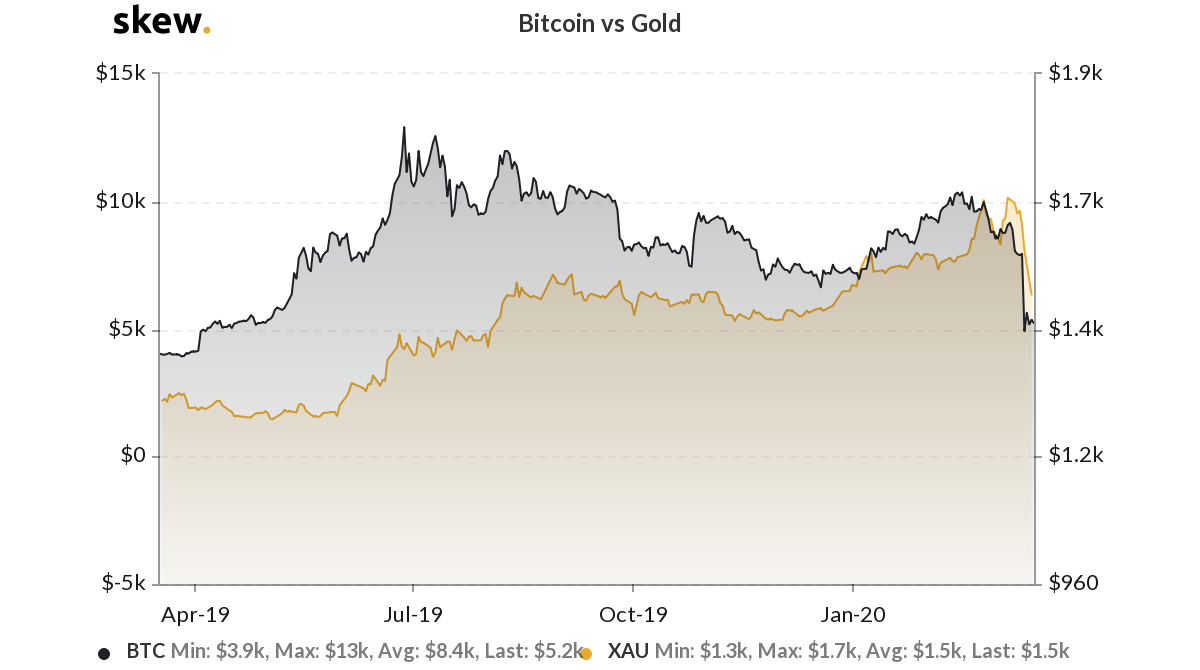 While he did not mention what form such an event would take, the tone remained firmly risk-off on Bitcoin and worse for other cryptocurrencies.

When asked whether he thought stablecoin Tether (USDT) could potentially buy up the Bitcoin supply at such levels, Brandt responded:

“Tether is nothing but a phony fiat currency.”

Gold proponents themselves no longer appeared to trust in the market’s strength. Peter Schiff, famous for his dislike of Bitcoin, likened the current situation to jumping off a tall building.

“It’s like we’ve already jumped off the top of the building, off the top of the Empire State Building. There’s no way to change our minds now. We’re going to hit that pavement,” he warned in the latest edition of his Peter Schiff Podcast.

“I can’t see any way we can avoid that. All we can do is brace for impact ourselves.”

As Cointelegraph reported, coronavirus caught most industry figures off-guard. These included Brandt, who in January said that he did not foresee Bitcoin returning to even $6,000.