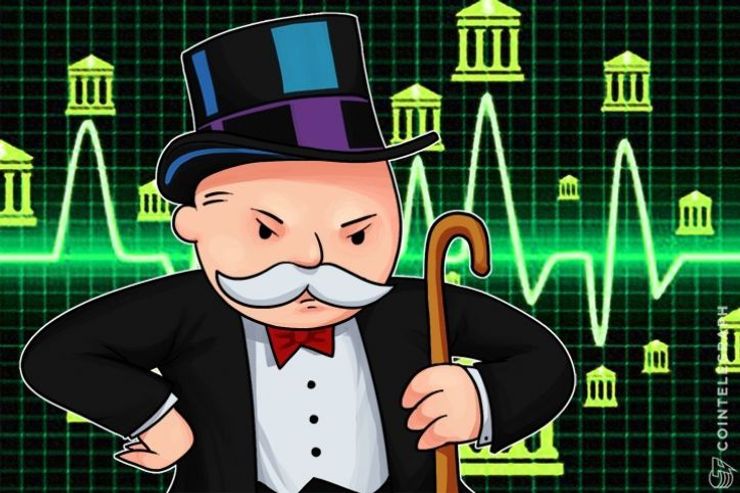 While many on Wall Street are rallying behind JPMorgan CEO Jamie Dimon and his vitriol against Bitcoin, there are others who are far less skeptical.

Another major financial institution on Wall Street, that of Morgan Stanley, have had their CEO James Gorman come out and say that Bitcoin is not a fraud, nor even a ‘fad.’

While Gorman has not come out as a staunch advocate of Bitcoin, he has highlighted the potential attractions and given his opinion that there is a future for the digital currency.

Gorman has said that Bitcoin is at least “more than a fad” and that the privacy and control it offers is appealing.

“I haven’t invested in it. I’ve talked to a lot of people who have. It’s obviously highly speculative but it’s not something that’s inherently bad. It’s a natural consequence of the whole Blockchain technology.”

Gorman even took a swipe at the amount of control and level privacy that banks have over other people’s money stating: “It is interesting because what it says to the central banking system about controlling that [privacy].”

Wall Street continues to be divided along Bitcoin lines, with some in the Dimon camp while others have differing levels of support for Bitcoin and its affiliates, as well as its underlying technology.

The talk of bubbles has been on the lips of many investors who do not want to take the plunge in case it could all end in a big pop.

However, there are some like Former Fortress Investment Group manager Mike Novogratz, who is happy to back Bitcoin while also calling it a bubble, hoping to profit while there is still air in the bubble.

The question of regulation

Gorman, as well as Morgan Stanley as an entity, have wondered about the effect of regulation, and when governments will start to get involved.

Indeed, China has set the ball rolling in a big way with their hard-nosed approach to ICOs and exchanges in recent time.

Gorman believes there is a lot of reasons for governments to try and control digital currencies, from money laundering to control capital outflows “and all the other reasons.”

Related News
Bitcoin Dominance Growing — What It Could Mean for Altcoins
Startup Brings Crypto Payment Option to Over 730 Locations Worldwide
From Meatspace to Cyberspace: Top Execs Moving From Traditional to Crypto Jobs in 2019
CME Tells Cointelegraph They Consider $2.3M BTC Options Debut a Success
New Analysis Finds That Mondays Are the Best Days to Buy Bitcoin
Raiz to Offer Bitcoin Fund to Australian Retail Investors in 2020
<div is="sidebar" :sidebar-data="{"promoButtonsI18n":{"crypto-button":{"url":"crypto.btn.sidebar.url","label":"Get Crypto At True Cost\n","text":"Cryptoassets are complex instruments and investments carry a high risk of losing value. You should educate yourself in how crypto-markets work before making any investments. Always invest responsibly and be prepared for the risks associated with investing in or using cryptoassets. This promotion cannot be considered investment advice."},"etoro-button":{"url":"https:\/\/ad.doubleclick.net\/ddm\/clk\/437480595;240556498;x","label":"Try Etoro","text":"Trade on the world’s leading social trading platform (Highly volatile investment product. Your capital is at risk)"},"hitbtc-button":{"url":"https:\/\/hitbtc.com\/?ref_id=5cba0be404aa3","label":"BEST LIQUIDITY ON HITBTC","text":"Note that all trading strategies are to be used at your own risk. Before trading, we recommend to make sure that you have a clear understanding of cryptocurrencies and how they are traded."},"changelly-button":{"url":"https:\/\/changelly.com?utm_source=cointelegraph&utm_medium=referral&utm_campaign=changellyctengbutton&ref_id=le9ssi8dgmskmqu0","label":"BEST RATES ON CHANGELLY","text":"This is to note that you should realize all crypto trading risks. Please make sure that you understand how crypto exchange service works."},"nexo-button":{"url":"https:\/\/nexo.io\/?utm_source=cointelegraph&utm_medium=fixed&u