A downtrend from earlier in the week appears definitively over as BTC/USD keeps retaking lost ground.

Data from Coin360 showed BTC/USD retracing slightly to $11,680 after hitting $12,025, continuing a rebound which began on Tuesday.

Bitcoin’s behavior had surprised most earlier in the week, after a bearish move downwards to just $9,700 suddenly U-turned, mushrooming into fresh growth.

Now, charts are looking increasingly like a repeat of bitcoin’s progress in the second half of 2017, regular trader Filb Filb says.

Despite uploading what he described as a tongue-in-cheek chart, its prophecy – $14,000 – would nonetheless likely come true, he explained, noting bitcoin must first clear resistance around $12,100. 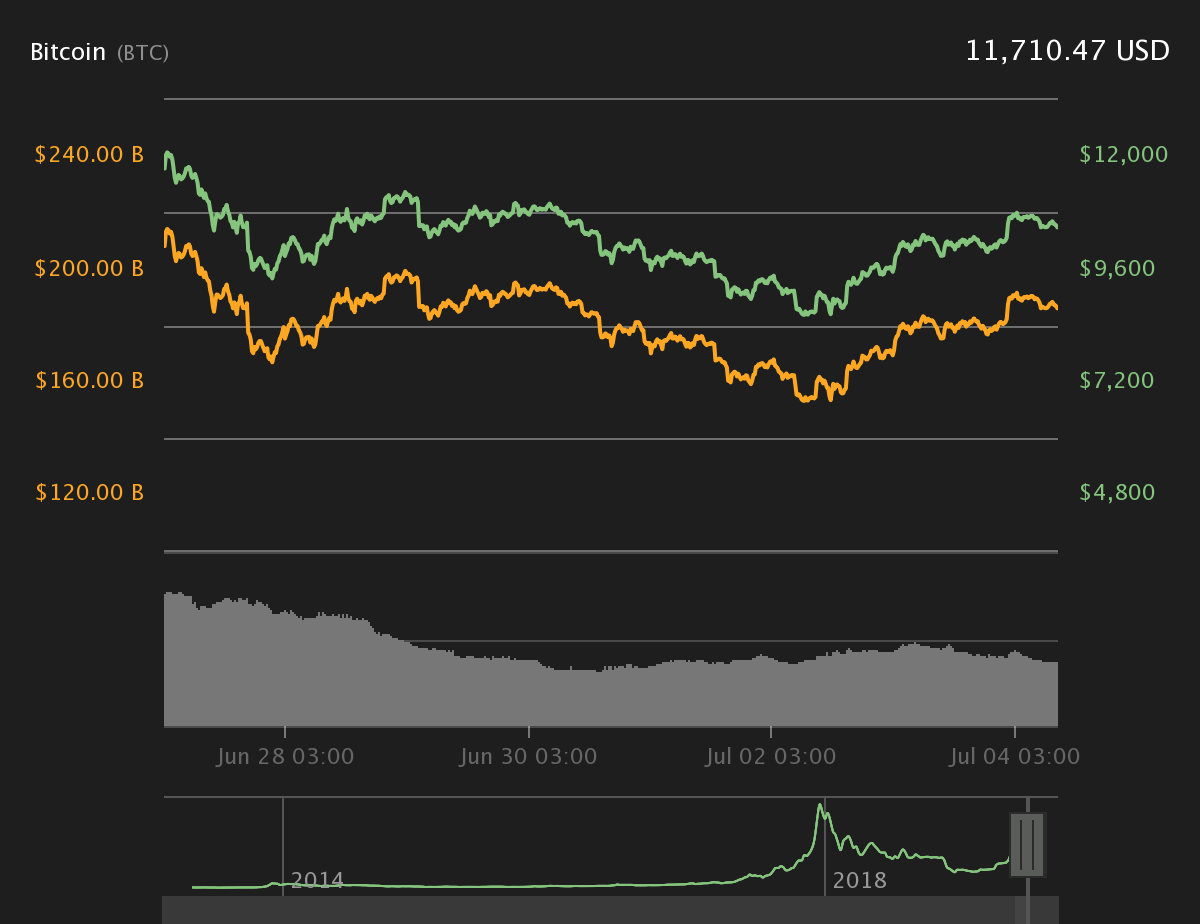 “Last couple days were a bear trap (in my opinion) and Bitcoin continues to look strong,” fellow trader and investor, Josh Rager, continued.

Bitcoin meanwhile also continues to climb in overall market dominance, currently accounting for just under 63% of the total cryptocurrency market cap — the highest since the 2017 price peak.

The figure spells out ongoing pain for altcoin investors, with major tokens failing once again to match bitcoin’s growth performance.

Against 6% gains for BTC/USD, ethereum (ETH) remained stagnant, so far only briefly reclaiming the $300 mark. 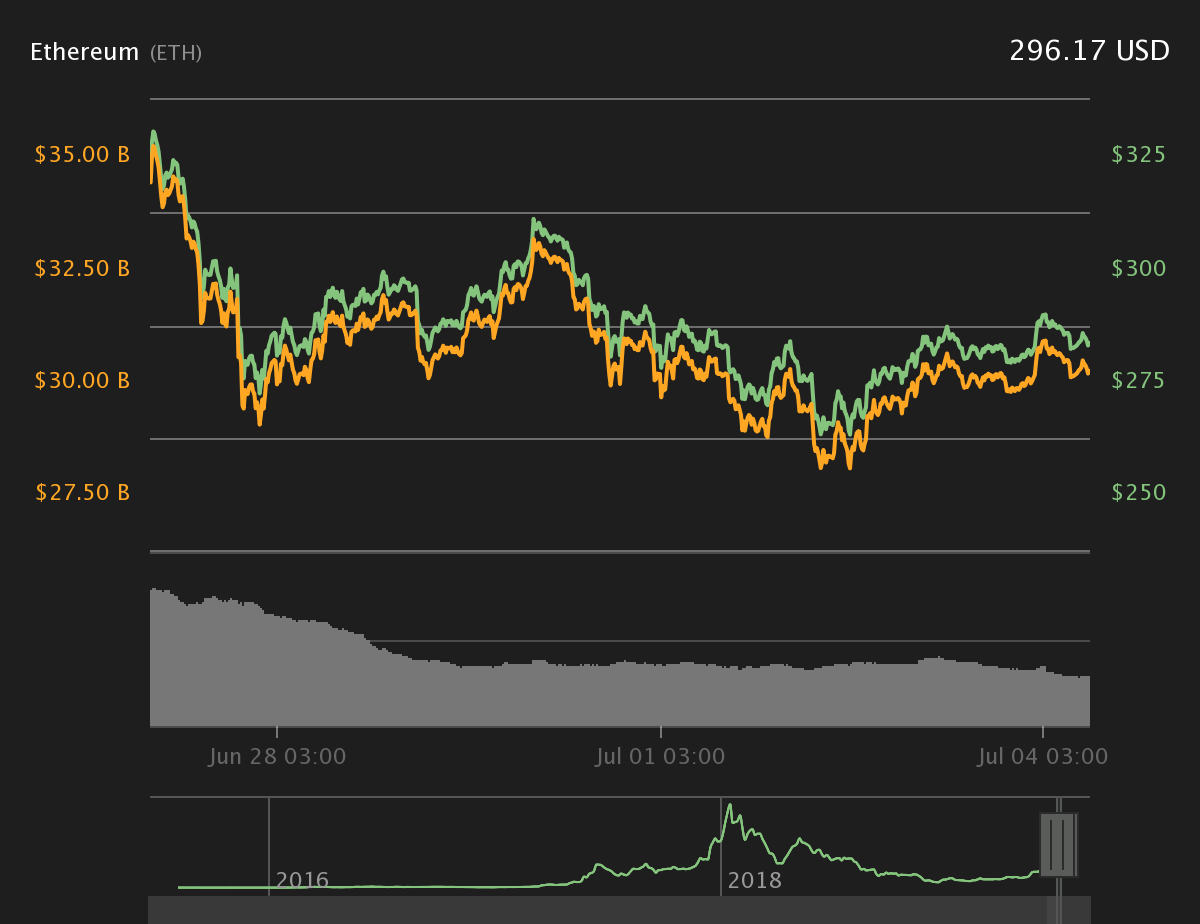 Most others in the top twenty exhibited similar flat performance or modest moves up or down of up to 2.5%.

The exception was chainlink (LINK), which shed around 10% in the 24 hours to press time.