Bitcoin bulls pushed the price above a key level at $9,119 and are now aiming to set a daily higher high above $9,200.

Bitcoin (BTC) bulls appear to have found a second wind which allowed them to push the price above $9,000 to a daily high at $9,150.  As discussed in an earlier analysis, bulls had been fighting to hold the price above $8,800 throughout the day and multiple attempts at knocking out the $9K mark were held back at $8,963 and $8,985. 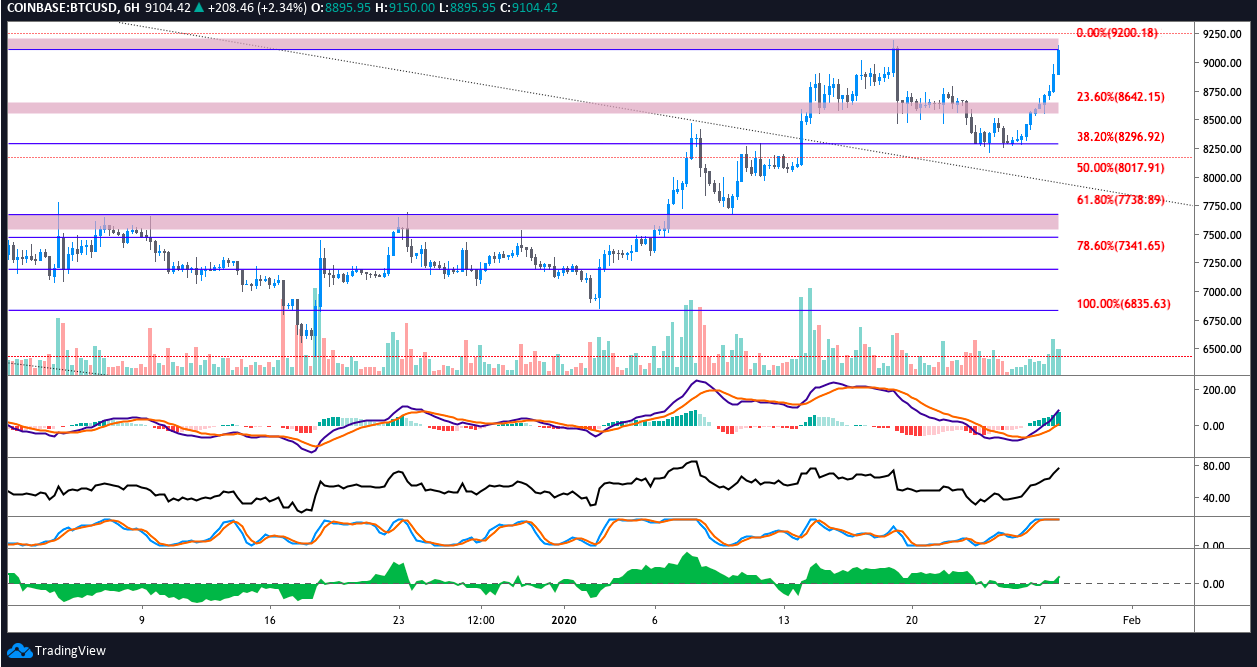 Since Jan. 24 Bitcoin has rallied 11.31%, meaning an eventual pullback could see the price revisit $8,900 and $8,700. At the time of writing the moving average convergence divergence (MACD is on the verge of crossing above the signal line on the daily time frame and the histogram has nearly shifted from negative to positive as it approaches 0. 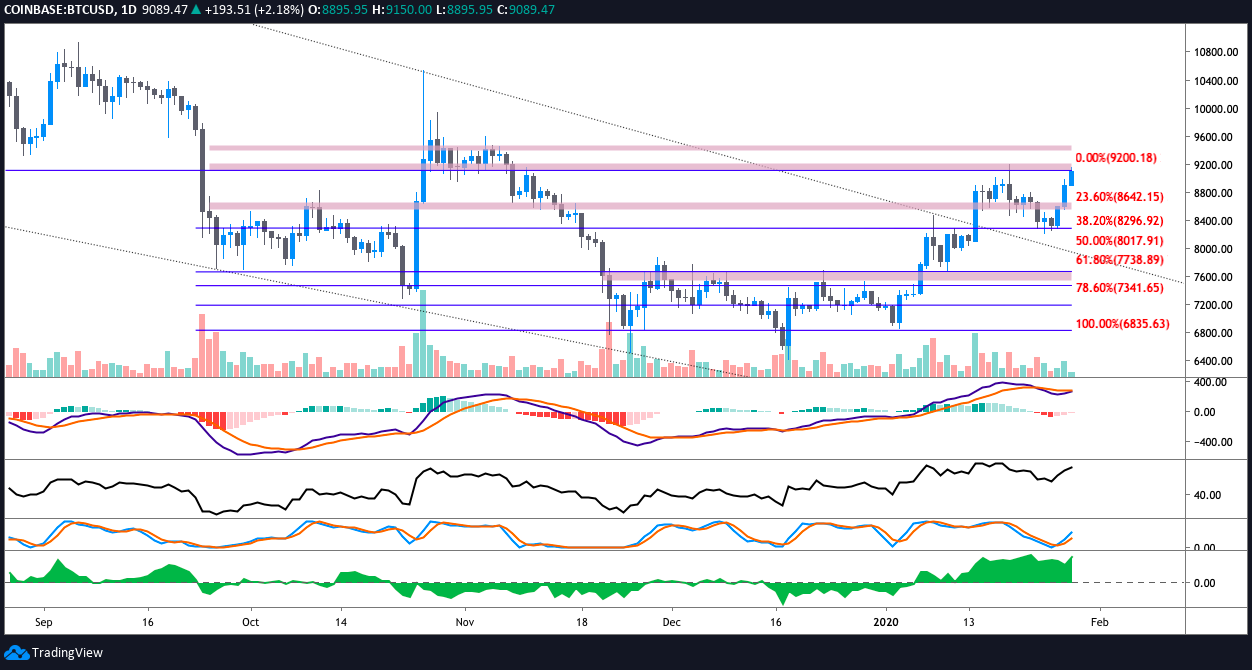 The relative strength index is also bullish with a reading of 66 but the indicator is not yet overbought suggesting bulls could push the price higher. As mentioned previously, during strong rallies Bitcoin price can continue surging higher regardless of multiple indicators flashing overbought readings so traders are advised to keep a close eye on trading volume, the Chaikin Money Flow oscillator and also be wary if a double top candlestick pattern forms as this would be an early sign of a short term reversal.