Bitcoin Price Ready for Next Move Up After Rebound Above $8,000

Bitcoin price rebounded over $8,000 earlier today snapping a 3-day losing streak and placing the asset in a good position to test the $8.6K and $9K levels next.

On Friday Bitcoin (BTC) price reclaimed $8,000 as bulls appear to be setting their sights on a second go at the weekly high at $8,473. Earlier in the week, crypto-media speculated that the price run-up to $8,473 was fuelled by fear of a war breaking out between the United States and Iran.

Then, as the price pulled back after U.S. President Donald Trump declined to further escalate the situation, analysts again attributed the entire boom above $8.4K and the swift retracement to $7,660 to the Iran-U.S. conflict.

At the time, the rally was showing signs of exhaustion as the relative strength index (RSI) was overbought and the moving average convergence divergence (MACD) histogram also was beginning to show a reduction in momentum.

In trading circles, investors also discussed the need for Bitcoin to fill the CME gap at $7,680, a phenomenon that has become a common occurrence to the extent that many traders factor the necessity of it to their analysis and trading regime. 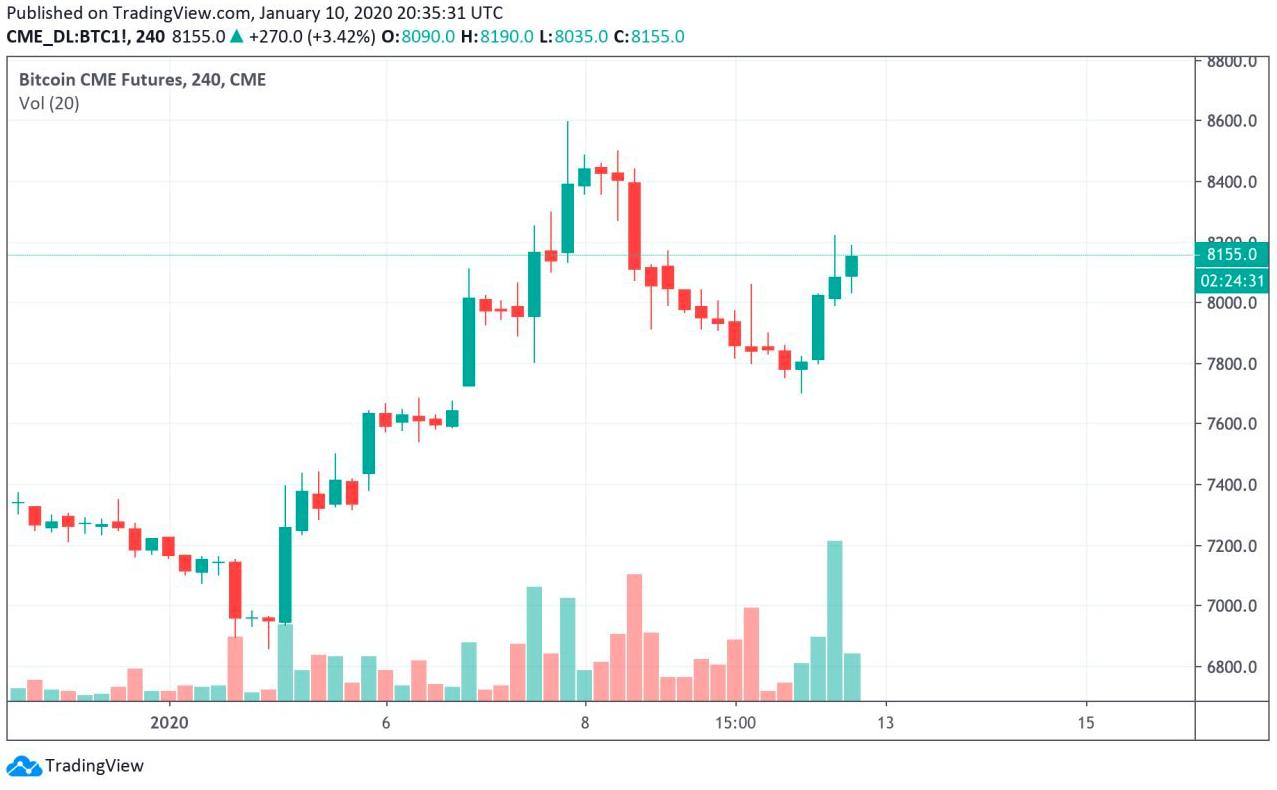 While Bitcoin was unable to hold the 200-DMA, through the current pullback it has held above the 50-DMA and today the price bounced right off the 50% Fibonacci retracement at $7,663, partially filling the CME gap mentioned earlier.

Traders will note that the RSI sharply reversed course on the daily time frame and remains in bullish territory at 63. Also, the colored bars of the MACD histogram have flipped from red to pink and the shortening of each bar shows an increase in momentum and the possibility of a bull cross between the MACD and the signal line.

Earlier today Cointelegraph contributor Michael van De Poppe cautioned that while the current price action favors bulls with a target of $9,500 to $10,000, there is always the possibility of a fake-out, which would culminate with a strong rejection of the 200-DMA and descending channel trendline, leading Bitcoin price back to the lower support of the descending channel around $6,400 to $5,800.

Given Bitcoin’s previous price action around the descending trendline, it seems like a reasonable suggestion to advise caution and traders should not feel overly bullish at this point.

Today’s move back above $8,000 also brought the price to the top of the upper Bollinger Band arm which is lined up with the 200-DMA. If bulls are unable to supply enough volume to push through this zone and up to $8,300, there is an increased chance that the price could drop back to the 50-DMA at $7,600 where the 61.8% Fibonacci retracement is located.

If the 50-DMA fails as support, then a drop to the Bollinger Band MA at $7,460 could occur and below this $7,300 has been established as strong support.

The overall cryptocurrency market cap now stands at $214.9 billion and Bitcoin’s dominance rate is at 68.3%. Notable gainers amongst altcoins were Litecoin (LTC) with a 9.43% gain, Bitcoin Cash with (BCH) 9.77% and Bitcoin SV (BSV) with an impressive 26.85%.