Bitcoin Scam vs. Ethereum Scam: Which Is Easier To Get Away With?

With a Court in Manhattan sentencing a Bitcoin scammer to one and half years in prison, experts say it is a move in the right direction and would instill a higher level of sanity within the digital currency ecosystem. 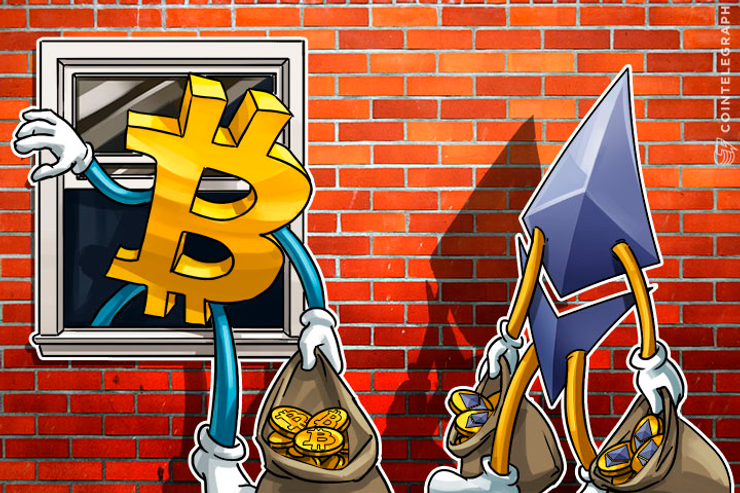 With a Court in Manhattan sentencing a Bitcoin scammer to one and half years in prison, experts say it is a move in the right direction and would instill a higher level of sanity within the digital currency ecosystem.

Several schemes surrounding the crypto world has taken advantage of the growth in awareness of digital currency to defraud unsuspecting individuals.

With many self-acclaimed investment opportunities littering the internet, cases of scam and Ponzi schemes have become a common occurrence in recent times.

OneFxZone and HashOcean are two of such schemes that have been uncovered recently by Cointelegraph. However the events at a Manhattan court on Thursday July 21 2016 seems a step in the right direction in fighting internet scam, especially as it affects digital currencies.

Trendon Shavers, who operated a Bitcoin Savings and Trust was sentenced to one and half years in prison, and also ordered to forfeit $1.23 million and pay restitution in the same amount for operating what was called a “class Ponzi scheme”. This sentence was delivered by a US District Judge, Lewis Kaplan in a Manhattan court.

Speaking to Cointelegraph about the impact of this judgement on the crypto space, George Basiladze, the Founder of the UK payment gateway Cryptopay, thinks it is high time a precedent is set.

“I think that this case emerged in a very timely manner - there are hundreds of bitcoin ponzi schemes and investment scams on the market. Now, there is a official statement - fraudsters will be punished, even scammers within the bitcoin community. Beware!”

The President of Bitwage, Jonathan Chester points out what he thinks are the salient aspects of the judgment.

Chester explains that by the standards of the United states, it was clear that Shavers was operating an illegal ponzi scheme.

“Clearly, by United States standards, Trendon Shavers was operating an illegal ponzi scheme. Regardless of his use of bitcoins, his operations were illegal. In fact, he caused investors to lose $1.23m. It is important to understand the legal landscape of the jurisdiction you are working in and it is even more important to constantly have consumer protection at top of mind. Regardless of whether or not Shavers had bad intentions, he clearly portrayed gross negligence on both of these fronts.”

Another point noted by Chester is the fact that most governments are very amicable to innovation and want to foster an environment to allow for innovation. Hence, the government’s responsibility to protect her citizens.

“I actually was sitting down for lunch with various members of the european parliament the other day who were visiting silicon valley to learn how they can foster the innovation mindset of silicon valley throughout europe. However, when consumer protection is involved, governments, especially developed nations, typically get involved, even in nascent industries. This is particularly true if malintent is involved. It is important for the government to take action against people who leverage a new technology in a way that is designed to hurt people for personal gain. We are paying governments with taxes to protect us after all.”

According to Chester, it is interesting to think that maybe it is harder for a fraudster or a thief to get away with a major scam in Ethereum. Chester explains that this can clearly be evidenced in the recent hard fork to fix what happened with the $50m DAO heist.

“Because the Ethereum ecosystem is currently so small, it is not very hard to enforce changes to the state of the ledger. Should a scammer attempt to pull another heist, there could possibly be another hard fork for the sake of consumer protection.”

This may actually push more scammers to Bitcoin. It may also mean that Ethereum is more easily influenced by government regulators wanting to control the payment system.