Bitcoin vs Bitcoin Cash, Why Not Both: Ronnie Moas

Diversification is key in the tug-of-war between BTC and BTH, says Ronnie Moas. So hedge your bets.

Ronnie Moas advises healthy diversification when it comes to investing in a cryptocurrency. 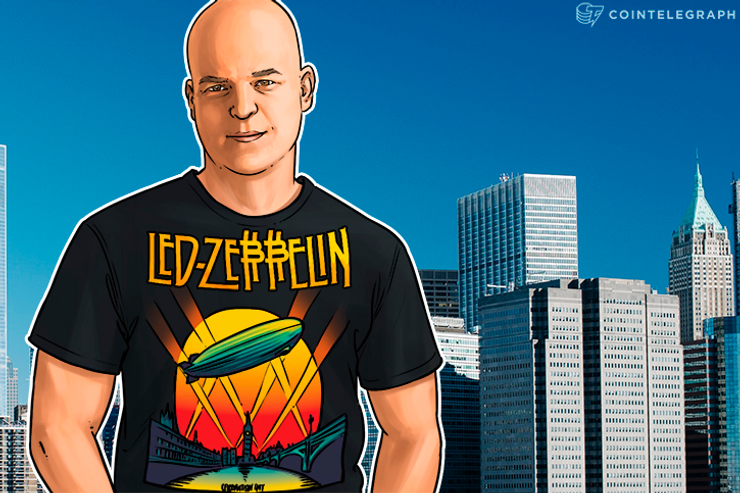 The relationship between Bitcoin and Bitcoin Cash has been rocky since before the latter's inception. So much so that there is vehement support of both, opposed on many issues.

However, when it comes to an investment standpoint, Standpoint Research’s Ronnie Moas puts all that aside. The famed stock picker strongly advises anyone in the digital currency investment game to diversify and to invest in more than just Bitcoin.

Eggs in a basket

The war that is fought between the original Bitcoiners and the Bitcoin Cashers is fierce. They each have their reasons for pledging support, but those reasons only resonate when it comes to the function of the digital coins.

When it comes to investing, there is no need to be so precious about a choice. People should be diversifying, says Ronnie Moas.

“Do not put all your crypto money into Bitcoin,” Moas said plainly in an exclusive interview with Cointelegraph. “You must diversify across at least a dozen of the more than 1,000 names out there, with a focus on the names in the top 50.”

It really sounds like basic advice, but it is advice that not many are taking. Moas himself is such a believer in the notion of diversification that he counts Bitcoin, Bitcoin Cash and Bitcoin Gold as a single entity when calculating a target value.

“When I calculate the Bitcoin target price I am adding Bitcoin Gold and Bitcoin Cash to the Bitcoin price. In other words, if Bitcoin market capitalization drops by 50 bln dollars tomorrow it would not be a concern of mine if Bitcoin Cash jumped by that same amount,” Moas added, showing the value in diversification.

“This is a scenario that played out a couple of weeks ago when Bitcoin dropped by 20 percent and that decline was more than offset by a 100 percent move in Bitcoin Cash.”

The general thinking is that Bitcoin is almost unstoppable, and uncatchable at the top of the crypto pile. However, it is foolish to maintain that view without hedging a few bets.

“It’s Economics 101,” Moas continued in his chat to Cointelegraph “Don’t put your eggs in one basket. For example, Facebook came along and knocked Myspace over. I really believe in diversification, as they say on Wall Street: ‘Don’t get greedy… Pigs get fat; Hogs get slaughtered.”

“If Bitcoin goes down then make your money elsewhere, put in a few good hedges. Even if Bitcoin goes higher, it won't even be the best performer in the top 20. Looking at Coinmarketcap, you will see coins that are up 40 percent in a week, outshining Bitcoin by miles. If you protect yourself against a Bitcoin collapse, then suddenly you also have a vested interest in other names in the Top 50.”