Think you’ve had a challenging week? Spare a thought for BitMEX. First, the crypto derivatives exchange accidentally leaked its users’ email addresses by forgetting to BCC them on a mass message. Crypto lawyer Jake Chervinsky described the company as “outrageously incompetent” amid fears that account holders could now become vulnerable to hackers. Days later, BitMEX’s Twitter account was hacked — with tweets that would undoubtedly send a chill down the spines of users already worried about security. One said, “Take your BTC and run. Last day for withdrawals,” and another added: “Hacked.” An anonymous Twitter account has also emerged, which is leaking user IDs and emails, with one tweet reading: “So many obvious US customers on the BitMEX database hack.” For its part, the exchange says it takes user privacy seriously and that it is working to understand the extent of the leak — but this will amount to yet another dent in consumer confidence.

Cryptocurrencies like Bitcoin are not really money, German parliament says

Recently bought a cup of coffee using Bitcoin? A new computer, perhaps? Stop! According to Germany’s federal parliament, cryptocurrencies like BTC are not real money. In a statement, it said such coins “at best only very limitedly fulfill the economic functions of money in the classical sense.” Pointing out that the volume of payments carried out using crypto is limited when compared with euros, the statement added that stablecoins are not an alternative to fiat currencies either. In other developments, a group of German banks have released a position paper warning the “economy needs a programmable digital euro” — adding that “chaos and instability” will rule if monetary policy falls out of the state’s responsibility. On the Libra front, five European Union member states have reportedly teamed up to stop Facebook’s Libra stablecoin from launching in Europe, Germany included.

China-based mining titan Bitmain Technologies has veeeery quietly filed an application for an initial public offering with the U.S. Securities and Exchange Commission. It’s not known how much the company is hoping to raise, but reports suggest that the application is being sponsored by the German multinational Deutsche Bank. Alas, this isn’t Bitmain’s first time at the rodeo — and back in March, its attempts to file a whopping $3 billion IPO on the Hong Kong stock exchange officially lapsed after multiple controversies. Continuing in-fighting has the potential to derail its ambitions yet again. In other IPO news, another Chinese cryptocurrency mining giant — Canaan Creative — also filed to be a publicly traded company in the U.S. this week. It is hoping to raise $400 million and could be in the running to become the first China-based mining firm to list stateside.

It’s almost six years since the doomed cryptocurrency exchange Mt. Gox collapsed in the wake of a devastating hack that saw 850,000 BTC vanish — funds that would be worth almost $8 billion at today’s rates. Reuniting victims with some of their lost money has proven challenging, to say the least — and this week, the trustee in charge of that process extended the submission deadline yet again. Nobuaki Kobayashi said a high volume of problematic requests meant the cut-off point needs to be prolonged to March 31, 2020. This supersedes a deadline of Oct. 28, 2019, which itself was an extension from the original target date of April 2019. All of this amounts to an exceptionally lengthy legal process that is still to award any refunds to an estimated 24,000 people. 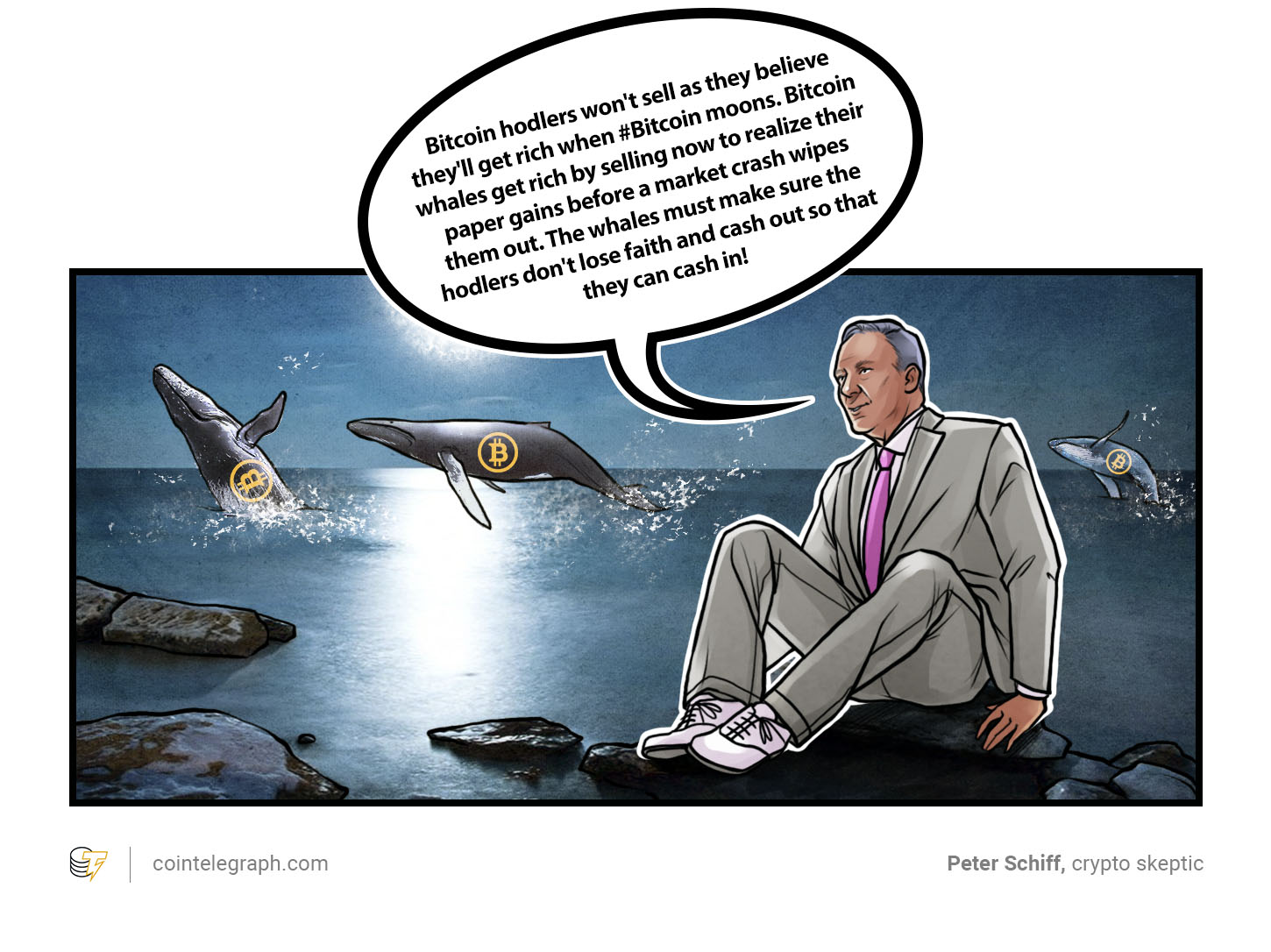 French high school students will learn about Bitcoin and crypto

Ooooh la la! High school students in France are going to start learning about cryptocurrencies in the classroom — with an introductory course helping teenagers to understand the impact that BTC has on the economy. Although it’s unlikely that fully fledged crypto experts will emerge from this module, the lessons could arm young adults with knowledge that’ll become increasingly relevant as cryptocurrency adoption grows. Explainer videos that will be shown to learners ask whether BTC is the currency of the future and whether the world’s largest cryptocurrency has the potential to replace the euro. Thousands of shops across France now accept BTC, but developments such as Facebook’s Libra have been met by staunch resistance from some of the country’s politicians, including finance minister Bruno Le Maire. 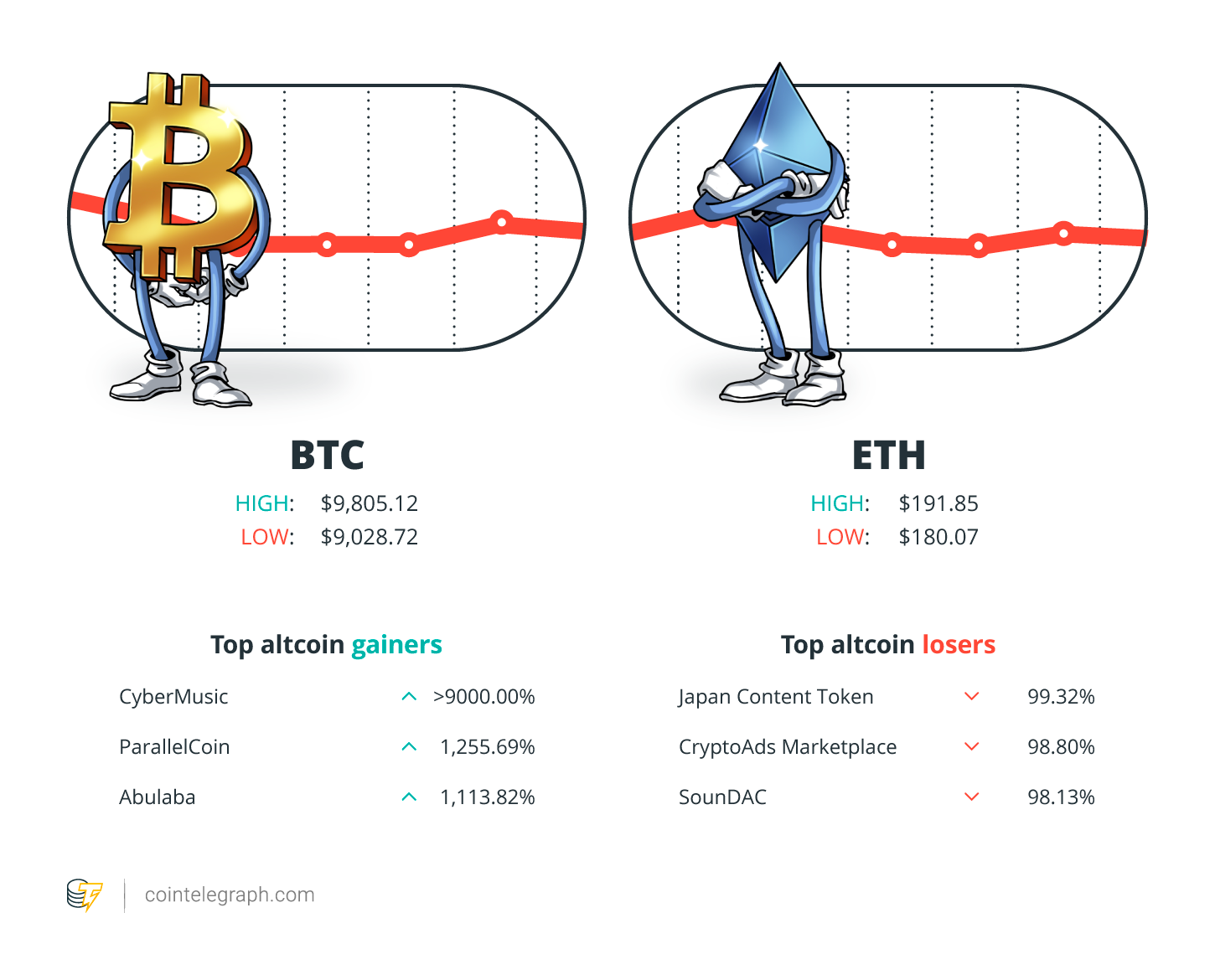 “BitMEX just doxxed its users in the most outrageously incompetent way imaginable: forgetting to use blind copy on mass email. Someone must be cleaning out their desk already.”

“In order to maintain Europe’s competitiveness, satisfy customers’ needs and reduce transaction costs, the introduction of euro-based, programmable digital money should be considered.”

The Association of German Banks

“Central banks are responding to the reality that digital currencies, either privately or publicly issued, will soon be part of the global monetary system, and that it is in their interest to ensure they are neither left behind nor displaced.”

From “Retail CBDCs: The next payments frontier,” a joint report conducted by IBM and the Official Monetary and Financial Institutions Forum

“Looking forward to it! I’ve been riding the Bitcoin transitions for over 5 years now. Which reminds me... should I bring my ramp?” 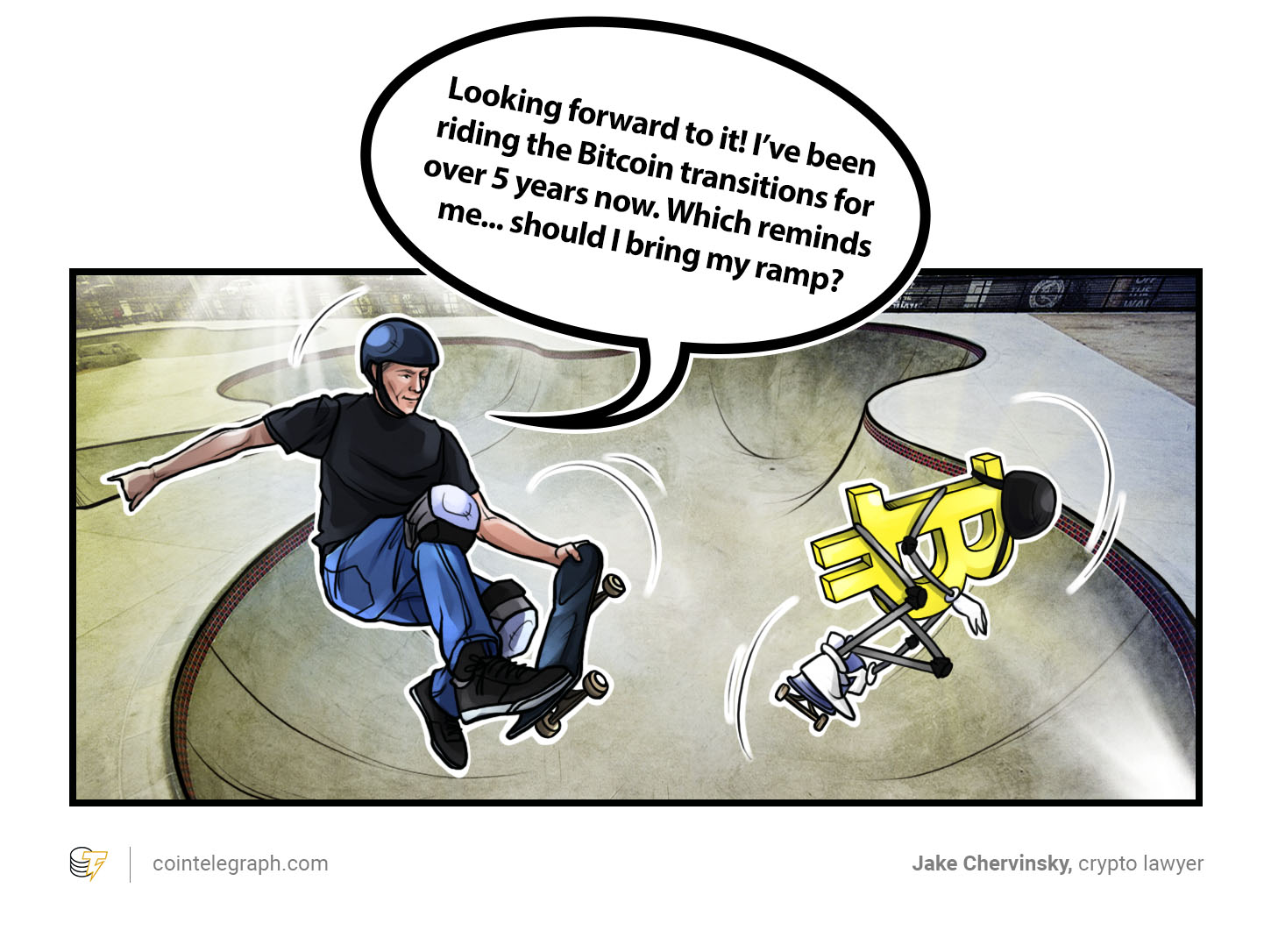 “Bitcoin hodlers won't sell as they believe they'll get rich when #Bitcoin moons. Bitcoin whales get rich by selling now to realize their paper gains before a market crash wipes them out. The whales must make sure the hodlers don't lose faith and cash out so that they can cash in!”

After a brief break, our Prediction of the Week is back! Reading the tea leaves this time is IBM, which believes a central bank will introduce a digital currency by 2024. In its report, authored in conjunction with the Official Monetary and Financial Institutions Forum, the tech giant said such a project would either serve “as a complement to, or as a substitute for, notes and coins.” For those dreaming big and imagining which major country will be the first to achieve such a milestone, the findings inject a dose of reality — and predict any launch will happen in a smaller, less complex economy. The study also revealed that 73% of global banks believe central bank digital currencies should be available “under all circumstances,” with many institutions beginning to realize that they risk being left behind or displaced unless they take action.

Also in the running for the crypto exchange blunder of the week, alongside BitMEX, is the founder and CEO of the Zimbabwean platform Golix. Tawanda Kembo claims he has lost the password to one of the company’s cold wallets, which held 33 BTC. All of this comes amid growing pressure from financial regulators, who have reportedly ordered the exchange to shut down its operations. A large portion of Golix customers have reportedly had little success in retrieving their investments from the exchange — an allegation fiercely denied by Kembo, who says “99% of the people who have attempted to make a withdrawal on Golix have seen it go through without a hitch.” In a blog post, he didn’t deny that the password to the cold wallet had been lost, but he insisted that the entire situation has been taken out of context.

Confronted with demands to pay a ransom of 4 BTC, a city in South Africa has taken a resolute approach: refusing to meet their demands. The Johannesburg City Council was targeted in a cyberattack on Oct. 24, affecting a multitude of services offered to local residents. But one of the organization’s councillors, Funzela Ngobeni, said the city is confident that systems can be restored to full functionality without acquiescing to the hackers. Striking a defiant tone, Ngobeni added: “This cyber-attack is being seen not only as an attack on the City’s system — but as an attack on the people of our City.” 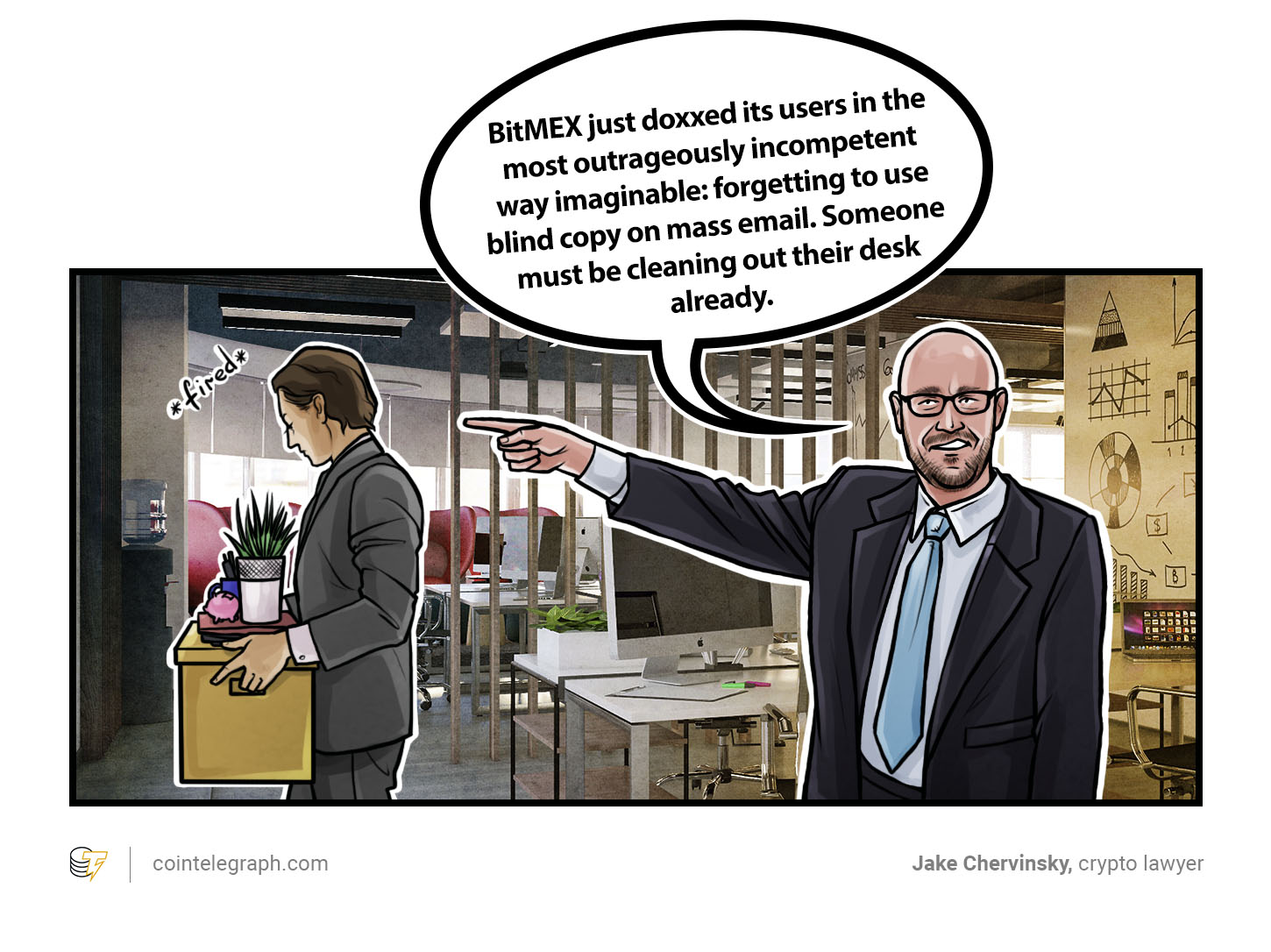 Confronted with the rising popularity of cryptocurrency as the peso suffers turbulence, the Central Bank of Argentina has banned its citizens from using credit cards to buy crypto. According to the financial institution, such measures are critical to protect the country’s foreign exchange reserves — and it remains possible to complete purchases through bank accounts. There have been signs that the central bank is attempting to exert stronger control over the economy. Also this week, the amount of U.S. dollars that Argentinian consumers can buy a month was slashed by 98% — from $10,000 to $200. This subsequently led to a spike in Bitcoin trading, which suggests that the institution is now trying to mitigate the knock-on effects of its own policy.

Just a day after filing with the SEC, the co-founder of Bitmain was ousted in what is being described as a coup. Henry Linver looks at how turmoil within the company could extinguish any hope of IPO success.

The future of cryptocurrencies in the U.K. hangs on the FCA’s decision

To the forever rainy United Kingdom now, where a new storm cloud is looming over the future of cryptocurrencies. Sritanshu Sinha looks at measures that the Financial Conduct Authority may take in response to crypto’s rising popularity, amid warnings that some of the proposals could represent “a major blow and backward step for innovation.”

O Canada. It has a volatile history when it comes to mainstream adoption, and fraud is directly impacting the future of cryptocurrency in the country. So, what lies ahead? Kyle White takes a look.