Blockchain and Elections: The Japanese, Swiss and American Experience

The U.S., Japan and Switzerland municipal authorities have already held pilot blockchain elections. Is this a cause for optimism?

Free and fair elections are one of the pillars of healthy democracies. From the United States to Sierra Leone, advocates of blockchain believe that the technology can bring a new level of transparency, fairness and efficiency to the electoral process. In spite of the enthusiasm of the blockchain community — and tentative support from political bodies — attempts to implement the technology have enjoyed mixed success and have faced impassioned criticism.

In late August, the Japanese city of Tsukuba trialed the use of blockchain technology in its  voting system. Tsukuba is a city already closely associated with scientific research, and the recent blockchain trial is the city’s latest move to explore new ways to innovate.

Voters were able to participate by using their My Number Card — a 12-digit ID number issued to all citizens of Japan, which was introduced in 2015.

A release published on the city’s official website stated that the voters were able to cast ballots for the implementation of different social programs. Participants were able to choose which of the 13 initiatives they felt were most worthy of financial support, varying from the development of equipment to improve cancer diagnosis to a program for sound navigation in cities and new equipment for outdoor activities.

As cited by Cointelegraph, the trial was conducted to establish whether blockchain’s democratic and transparent properties would lend themselves well to the minimization of foul play in the voting process.

Although initially skeptical about the potential of blockchain, Tsukuba’s mayor Tatsuo Ugarashi said:

“I had thought [blockchain] would involve more complicated procedures, but I found that it’s minimal and easy.”

Although Japan’s most recent trial with blockchain appears to have gone smoothly, not all government efforts to capitalize on the technology’s potential have enjoyed the same reception.

On March 7, 2018, it was reported that Sierra Leone had become the first nation to implement blockchain technology in the electoral process.

Agora Technologies, a Swiss company, published a series of tweets stating that it had overseen Sierra Leone’s first blockchain-based election:

The reality turned out to be a little different. In fact, Agora had actually been observing the voting process and running an entirely separate blockchain trial alongside the election to illustrate how future elections could be carried out using the technology.

The National Electoral Commission of Sierra Leone (NEC) sprang into action and published its own statement via twitter, denying that there had been any use of blockchain technology during the election:

Agora CEO, Leo Gammar, was forced to rectify Agora’s seemingly misleadingly statements. The fact that the group were accredited to trial their own blockchain system alongside the election indicates that, in spite of the media frenzy, governmental bodies are opening the door to new ways of of making the electoral process more efficient — and blockchain is one of them.

In spite of the seemingly rosy relations with Sierra Leone’s NEC, reception of the company’s involvement in the election has been mixed. Morris Marah, founder of the Freetown-based Sensi Tech Hub, expressed his concerns to RFI:

“What these guys [Agora] are saying is great. But they haven’t really tested it because they basically took a paper card of the results and put it on their system. That’s what everybody else is doing, that’s not new.”

In recent years, the Swiss town of Zug has become famous less for its mountain views and quaint Swiss architecture, but more for its association with low tax rates and cryptocurrency. The recent influx of crypto groups establishing bases in the central canton has led to it being dubbed “Crypto Valley.”

Keen to establish itself as a blockchain capital, the municipality allows payment in Bitcoin for services and recently completed a successful trial of blockchain voting.

The small-scale vote involved only 72 out of the 240 citizens with access to the online voting system, who participated in the non-binding trial vote between June 25 and July 1. The test questionnaire asked citizens to vote on both minor municipal matters as well as if they think a blockchain-based eID system should be used for referendum votes in the future. The Swiss News Agency writes that three people indicated that it was not easy to vote digitally, 22 responded that they would use blockchain for tax returns or surveys, 19 responded they would pay parking fees with their digital ID, and three said they would use it for borrowing library books. Communications Chief for Zug, Dieter Miller, called the premier a success.

West Virginia is set to allow citizens serving in the armed services — along with other citizens living abroad — to vote via smartphone with an app called Voatz in November 2018. This will be the first instance of voting on a smartphone in a federal election.

“All that is needed to cast their vote is a compatible Apple or Android mobile device and approved, validated State or Federal ID.”

The idea for the app first surfaced at a hacking summit hosted by the South by Southwest technology festival in Texas.

West Virginia Secretary of State Mac Warner was impressed with the app’s system of biometric authentication and the elements of blockchain-based security. Both Warner and the Boston-based startup that created Voatz claim the system is secure.

The state successfully carried out a pilot in May.

The recent fanfare over blockchain technology in voting procedures is being played out against a backdrop of scandal in relatively recent electoral history. The year 2000 saw reports of a miscount and, in 2016, several individuals were alleged to have cast ballots in more than one state.

A Brookings Institute report stated that the National Conference of State Legislatures has put forward a number of considerations needing to be addressed for a wider-scale implementation of electronic voting — such as security, voter coercion, authentication and the inconvenience for local officials. Although positive about the potential for blockchain technology to transform the voting process, the report concluded that blockchain needs to be comprehensively tested to take into account the cost and scale of wider implementation.

Matt Blaze, a cryptography and security researcher at the University of Pennsylvania, voiced criticism to the report, stating that blockchain introduces weaknesses into the system. Blaze also said that securing the voting system “is more easily, simply, and securely done with other approaches.”

Marian K. Schneider, president of Verified Voting, also blasted the Voatz app, stating that it is less of a blockchain-based app and more of a standard mobile app with a blockchain attached. The key concern is that, although the app encrypts the voter’s data, the current system cannot guarantee the voter’s phone and service network will be free from vulnerabilities. With regard to the protection of sensitive information as it travels over the internet from the app, Schneider said:

“I think they’ve made a lot of claims that really don’t justify any increased confidence in what they are doing versus any other internet voting system.”

Voatz claims the criticism leveled against it is “false propaganda” and that “most comments in the thread are incorrect or misrepresentations.”

However, criticism of the app’s capabilities are not entirely unfounded. A trial in Utah resulted in the startup being unable to support a high concentration of downloads shortly before polls opened. Voatz, however, remained upbeat and described the incident as a “valuable learning experience.” 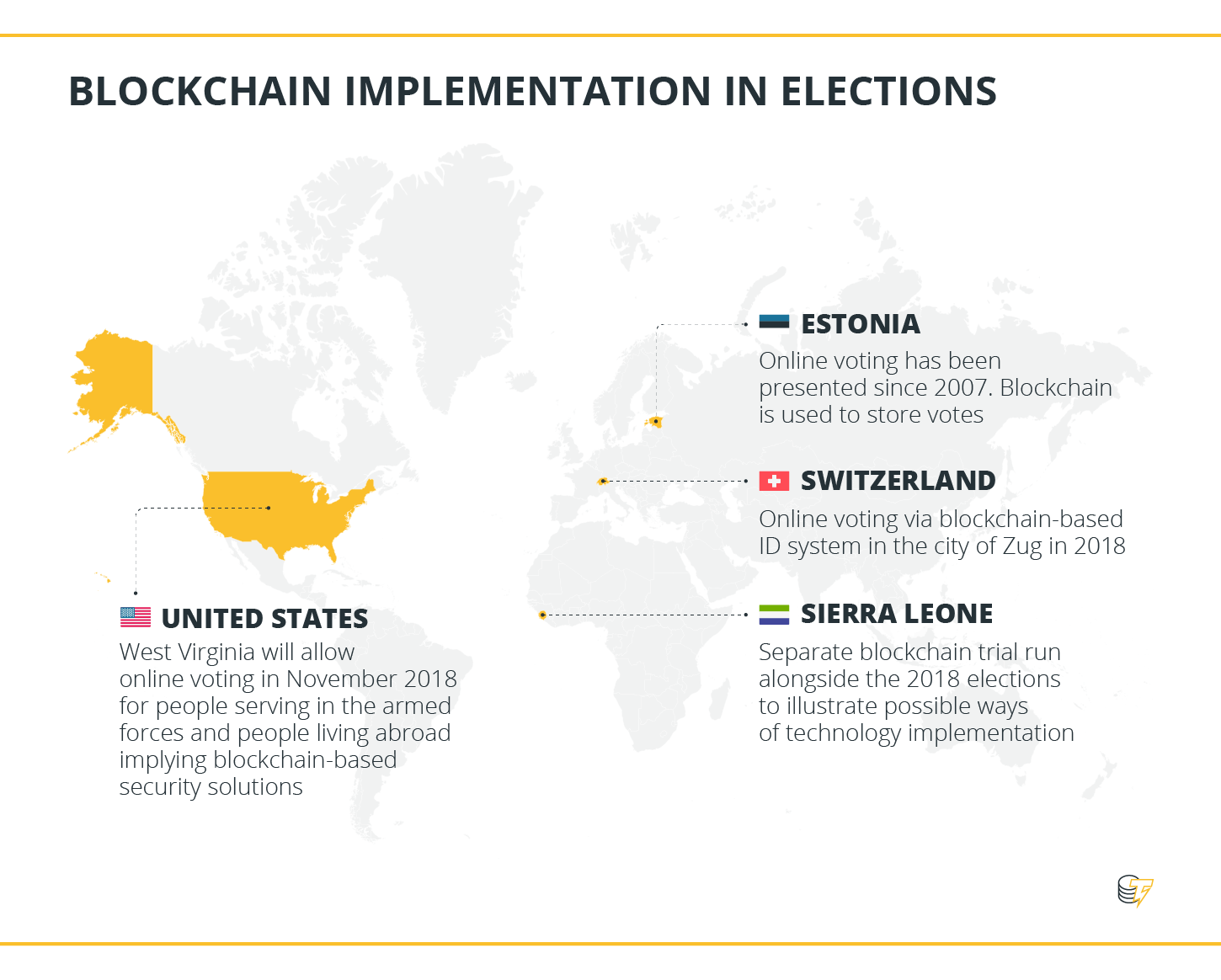 While most of the criticism for online and mobile voting has been targeted at specific flaws in programs, there are several prominent critics who disagree with the notion entirely.

Bruce Schneier, a cryptographer, computer scientist and author of several books on cryptography and computer security, published a blog in opposition to the use of blockchain in elections.

“The only way to reliably protect elections from both malice and accident is to use something that is not hackable or unreliable at scale; the best way to do that is to back up as much of the system as possible with paper.”

Schneier believes that past efforts to automate the voting system bear a message about the potential dangers of such a transformation. In 2007, the states of California and Ohio carried out comprehensive audits of their electronic voting machines. The outcome was far from positive. The review found that vulnerabilities were endemic throughout almost all components:

“Researchers were able to undetectably alter vote tallies, erase audit logs, and load malware onto the systems. Some of their attacks could be implemented by a single individual with no greater access than a normal poll worker; others could be done remotely.”

This is not the only instance where electronic voting machines have been compromised. In 2017, the Defcon hackers’ conference collected 25 pieces of equipment and challenged the attendees to compromise them. By the time the weekend was over, the participants had loaded malicious software onto devices, anonymously compromised vote counts and caused the devices to crash. “These were bored hackers,” writes Schneier, “with no experience with voting machines, playing around between parties one weekend.”

With regard to the best solution, Schneier wrote:

“Security researchers agree that the gold standard is a voter-verified paper ballot. The easiest (and cheapest) way to achieve this is through optical-scan voting. Voters mark paper ballots by hand; they are fed into a machine and counted automatically. That paper ballot is saved, and serves as a final, true record in a recount in case of problems. Touch-screen machines that print a paper ballot to drop in a ballot box can also work for voters with disabilities, as long as the ballot can be easily read and verified by the voter.”

The most scathing criticism for the concept comes from the Center for Democracy and Technology’s Joseph Lorenzo Hall, who calls the whole thing a “horrific idea”:

“It’s internet voting on people’s horribly secured devices, over our horrible networks, to servers that are very difficult to secure without a physical paper record of the vote.”

However, this barrage of criticism does not seem to have deterred governments from seeking to implement the technology in the near future. By now, we can talk only about the municipal, not national experiments, but given they were held in the U.S., Japan and Switzerland, it wouldn’t be an exaggeration to acknowledge a certain interest in DLT from the world’s leading democracies.