A blockchain-powered platform aiming to deliver a fairer deal for creators is broadening the choice of music, illustrations and webtoons available to fans.

With the high commissions charged by the likes of YouTube and Spotify, a blockchain platform says it offers an alternative for content creators and fans 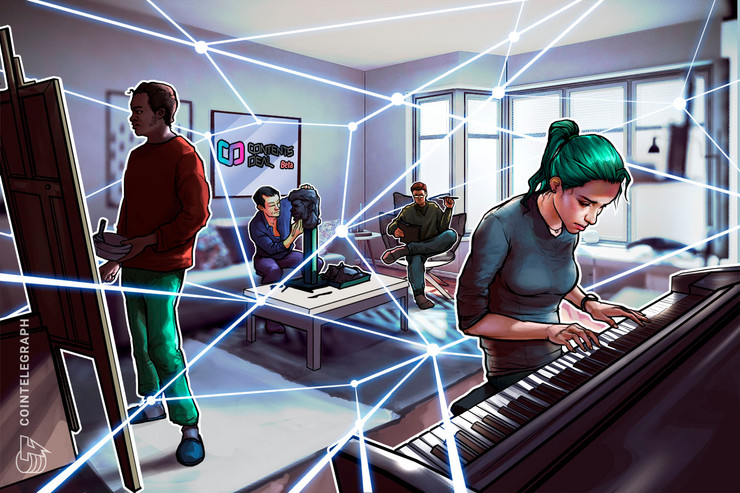 A blockchain-powered platform that allows content creators to reach its fans directly says it is broadening the choice of music, illustrations and webtoons it has on offer — improving both quality and quantity ahead of its launch.

The debut of ContentsDeal has suffered from delays, but the company says its team is determined to get its offering online as soon as possible.

Already, the platform says it has attracted an impressive ensemble of artists from South Korea and around the world — giving creatives a way of broadcasting their content to the masses while ensuring their copyright is protected. ContentsDeal also aspires to help them keep a greater amount of their earnings, as major sites such as Spotify and YouTube often take eye-watering commissions.

ContentsDeal says it is working hard to ensure that its blockchain-focused approach is not at the detriment of ease of use. Ultimately, the platform aspires for its exchange to be simple enough to navigate for those who have had little or no experience with the crypto world in the past.

The company’s goal is now to attract more international users to join its platform and benefit from everything its ecosystem has to provide. ContentsDeal believes that listing on major crypto exchanges will go a long way in achieving this objective.

According to ContentsDeal, the ingredient for success in a congested market lies in the ability to offer exclusive, limited-edition content. Not only does this make the platform a compelling destination for the public — allowing them to enjoy something special that is not being shared among the masses — but it enables creators to carve themselves a niche and reward fans for their loyalty.

A shining example of this can be seen through B.A.P — a popular South Korean boyband that formed seven years ago. The group, whose name stands for Best Absolute Perfect, have enjoyed global success with their music. Through the ContentsDeal exchange, fans have been able to unlock secret episodes from the boys using the platform’s native token.

In a bid to increase engagement and keep users up to date with the latest developments on its platform, ContentsDeal has turned to Instagram to provide weekly updates on brand-new features to its followers. In a Medium blog post, the team explained this was in response to the need for “sharing news and delivering information more quickly [...] so that more and more users can be aware of the updates and changes the ContentsDeal project keeps making.”

As previously reported by Cointelegraph, ContentsDeal is using a sophisticated protocol called proof-of-copyright — and so far, it has managed to strike partnerships with major organizations including the Korean Management Foundation, which represents some of the biggest names in music today.

The company has expressed dismay at the “complicated distribution structure” that is blighting the media industry, meaning that even top-tier stars can find it almost impossible to make a living from their creations.

Another issue that the startup has in its sights concerns advertising. Not only can it be exceptionally annoying for listeners and viewers to sit through adverts in the middle of the songs and videos they are enjoying, but, surprisingly, little of the proceeds actually make their way back to the content creator.

As ContentsDeal grows, its ambition is to become the ultimate destination for top-tier content — a place that fans, creators and big businesses alike cannot ignore.