With ICOs under scrutiny by governments, gold may once again become a viable investment. 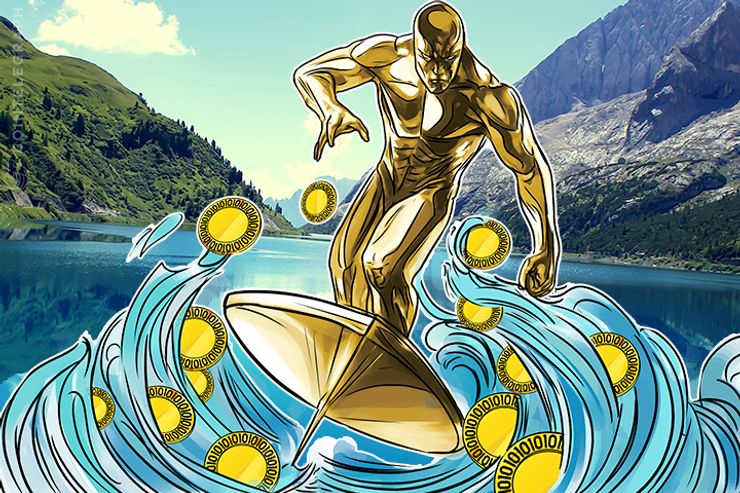 The recent boom in the cryptomarket has seen digital currencies get up the noses of some governments and this crackdown is a warning sign for Mobius.

The expansion into the mainstream for digital currencies has seen them legitimized substantially, however, there has been a new breed of coin that is attracting unsavory actions.

ICOs, which are far less regulated than even Bitcoin and some of the more established digital currencies, are opening doors to illicit financing with terrorist groups, drug dealers and money launders, which has led to a crackdown by a few governments.

“Cryptocurrencies are beginning to get out of control and it’s going to attract the attention of governments around the world,” Mobius said. “You’re going to get a reversion back to Gold because people are going to wonder, can I really trust these currencies?”

The People’s Bank of China concluded its investigation into ICOs with the banning of them in the country due to their activities disrupting the financial order.

This, for Mobius, shows the fragility in trust for digital currencies, and why he believes that there will be a reverse influx of investors back to gold after they left the well-established commodity.

It is not only China that is cracking down as the SEC in America made a ruling over ICOs recently to that classed them as securities unless special dispensation was acquired.

A matter of trust

Mobius is of the opinion that these major blows to a burgeoning market are disturbing the trust put into it. There is a long road ahead of digital currencies as they continue to break new ground, but their path is not highlighted nor clear.

“People need a means of exchange and they need to trust that,” said Mobius. “Right now the trust is good — with Bitcoin people are buying and selling it, they think it’s a reasonable market — but there will come a day when government crackdowns come in and you begin to see the currency come down.”