The $8,000 mark seems to be an important price point for crypto’s market leader, Bitcoin (BTC). Since its breakdown from $9,400, the digital asset has lost and regained the $8,000 level several times, sitting at $8,300 at press time. Much of the time, altcoins follow Bitcoin’s lead in terms of price, making the digital asset’s activity a strong indication of the current market state as a whole.

After a stark $1,700 drop in price on Sept. 24, Bitcoin and the rest of the cryptocurrency market seem to have taken a few steps back regarding the overall trend, which showed significant exuberance in June 2019. According to popular crypto-Twitter analyst Big Cheds, the upcoming days are likely bearish for the crypto space in the short term but the analyst remains bullish over the long term.

Big Cheds pointed out that on Oct. 6 Bitcoin closed out another weekly candle with a tweezer bottom. This candlestick pattern occurs when two price candles have lower or upper wicks that align to form the shape of tweezers, a common cosmetic tool.

At times, tweezer patterns can be an indication of a reversal in the price of an asset. Candlestick patterns and formations generally possess strength based on their candle time frame length, with larger time frame candles holding more weight.

Closing out a weekly candle in the form of a tweezer pattern holds a fair amount of significance in terms of this pattern, seeing as weekly candles are one of the higher time frame outlooks.

The analyst noted the tweezer pattern occurred near the bottom arm of the weekly Bollinger Band indicator, which shows that Bitcoin’s price is relatively low. Big Cheds also said the above signs show oversold conditions, although he added that Bitcoin’s most recent weekly candle did not close with strength.

“There is support here from July 2018 as well as May 2019, so it is not unlikely that we will see a short-term bounce. In addition there is a hidden bullish divergence with OBV’s lower low versus price, suggesting bullish continuation.”

Such support and divergence are clearly seen on the chart Big Cheds provided to CoinTelegraph.

Altcoins decline and find a bottom

Since Bitcoin’s multi-month consolidation began, altcoins have suffered significantly, posting lower numbers by the day. Altcoins are largely reliant on Bitcoin’s price action and have been unable to gain momentum. To date, alt season continues to elude investors but some relief could be around the corner.

Regarding the current outlook of the altcoin market, Big Cheds noted bits of positivity matched with uncertainty. According to the analyst, “Alts, in general, have been improving, with several of them forming bottoming patterns, while others have been uptrending, including LINK, XRP, and TNT.” “That being said, many of them still are weak and look to continue further down, and I reject any categorization of alt season.’" 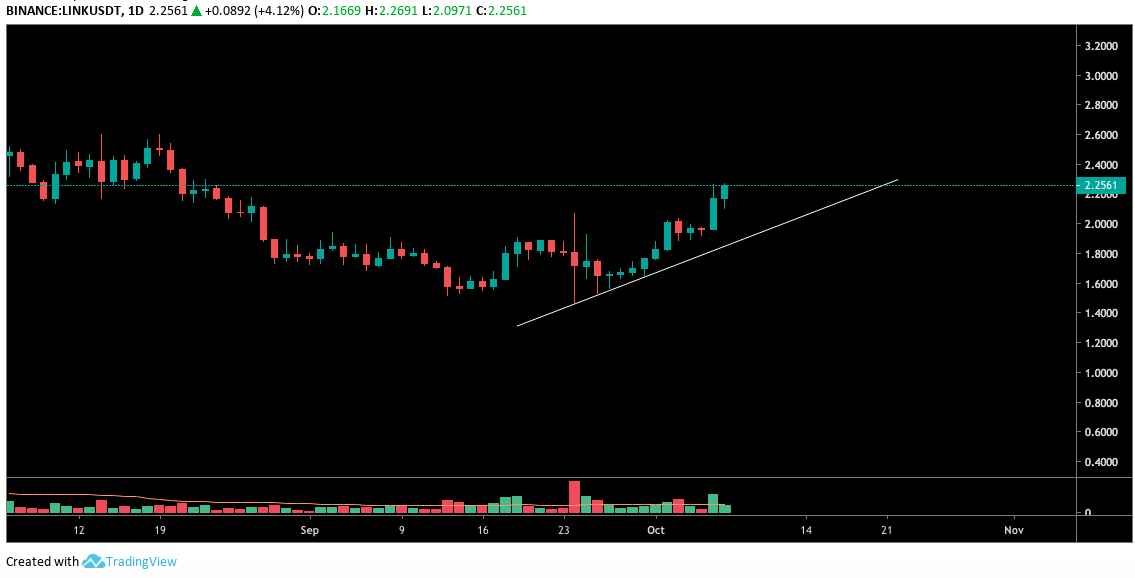 On a macro scale, Big Cheds believes the cryptocurrency markets will perform well. The “crypto market, in general, continues [to grow] as technology improves and we see exchanges adapting to fluctuating retail and institutional market,” the analyst said. “I am very bullish long term.”

On a midterm scale, regarding the cryptocurrency market’s performance over the next year or so, Cheds noted he has more of a neutral stance, slanting bullish. At present, however, the analyst is bearish in terms of crypto’s performance in the coming months, noting that the crypto space is no longer in a bull market in the short term.

As the largest player in the new and developing digital asset space, Bitcoin often dictates the strength of the entire market. On lower time frames, such as the daily and hourly candle charts, Bitcoin’s price situation looks less than ideal for continued upside momentum. Panning out to the weekly time frame, however, shows a case for both bullish and bearish outcomes. 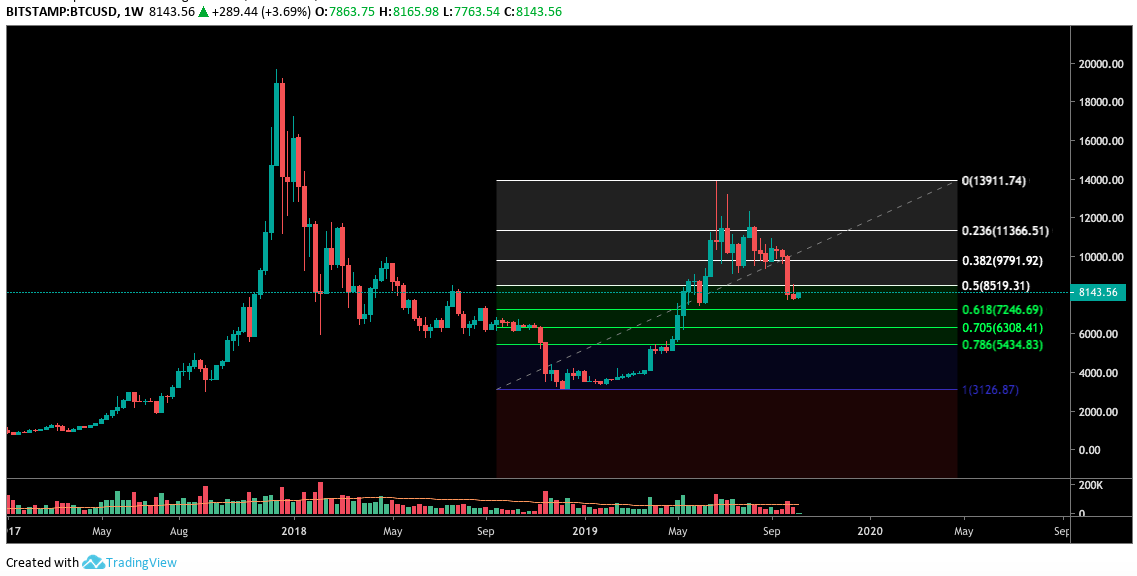 After months of consolidation, a strong market likely would have seen Bitcoin break out to the upside, which did not happen. The digital asset broke down in a strong move without providing a significant bounce or reversal. Bitcoin’s price also has not had enough strength to retest the consolidation pattern from which it broke down.

Additionally, Bitcoin’s recent price action appears slightly similar to the digital asset’s capitulation back in Nov. 2018, which was followed by further downward pressure, and eventually led to a severe lack of volatility.

Interestingly, as Bitcoin price broke down on Sept. 24, popular trader Tone Vays made the argument that no new retail funds had entered the crypto space. The lack of interest and funding from retail investors could be a reason for the lackluster continuation of momentum.

On the bullish side, the weekly chart reveals that Bitcoin has not yet touched the 0.618 Fibonacci retracement level. Such a level is often viewed as a prime level of interest. Looking at this view, recent downward price action seems fairly normal before another move up.

Bitcoin price is also near a multi-week support level around $7,500. Additionally, this correction may be, in part, the result of the parabolic price move Bitcoin sustained between April and July 2019.