Coin Congress has announced that the next event will be held in San Francisco on July 23-24 at the Hilton Hotel Union Square. 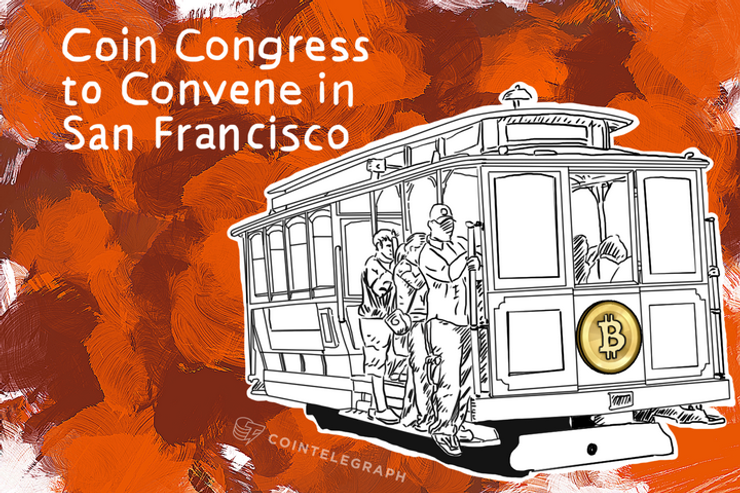 In the wake of its successful first event in Singapore, the international conference series Coin Congress has announced that the next event will be held in San Francisco on July 23-24 at the Hilton Hotel Union Square. Cointelegraph is also proud to announce that it will be the official media partner of the event!

Coincidentally, the event will be held concurrently with Casual Connect USA dedicated to the casual games industry. Coin Congress is shaping up to be a powerhouse even with 30 of the industry’s most prominent people scheduled to speak at the event. The keynote speaker will present “thought provoking ideas to encourage long-term market stability and motivate the nascent digital currency industry,” reads the official press release.

In addition to Bitcoin, the agenda will also focus on:

“The Bitcoin platform is creating an upheaval in financial services, and we are just beginning to grasp how the world will change because of it. Coin Congress brings together the industry's top thought leaders to share their insights on the overall state of digital currencies, and provides attendees with actionable takeaways for their businesses.”

The event certainly could not have chosen a better location than San Francisco, a city known for its forward-thinking, progressive vibe that’s a stone’s throw from Silicon Valley and home to many Bitcoin startups such as Coinbase.

Registration for the event is now open and you can buy tickets or become a sponsor at: usa.coincongress.org/logistics.html

As the official media partner, Cointelegraph is also happy to announce that our reader get a 25% discount on admission by going here and entering the media partner discount code: amedia-sf2014.

Tickets can be purchased with Bitcoin, Litecoin, Dogecoin, and credit card.

Coin Congress is an international conference series focused on sparking discussion around digital currency and taking the conversation to the next level. Along with its event in San Francisco, Coin Congress will also be held in Belgrade, Serbia November 2014, Amsterdam February 2015, and Singapore May 2015.