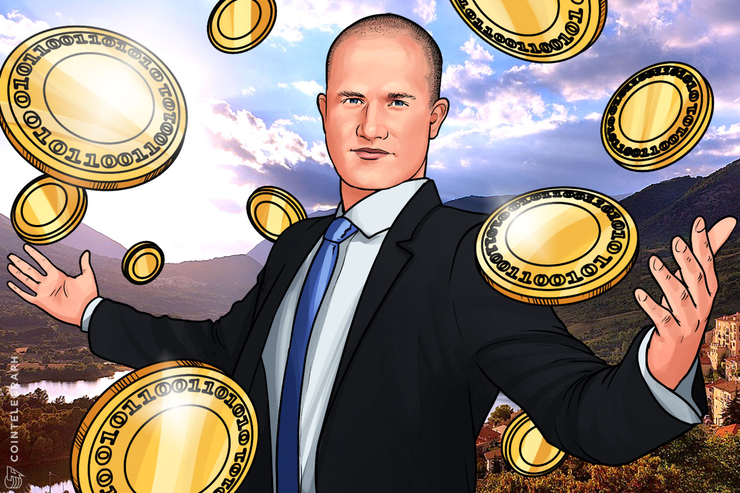 CEO of cryptocurrency exchange Coinbase Brian Armstrong has announced the launch of a charitable initiative to “financially empower people by distributing cryptocurrency globally,” according to a blog post published June 27.

The non-profit initiative GiveCrypto.org intends to raise funds from crypto owners and distribute small amounts to people who live in emerging markets, more specifically to those going through financial crisis. According to the announcement, the initiative aims to “help people in need by sending money to them directly,” “advance real-world usage and benefits of cryptocurrency,” and “provide universal access to an open financial system.” Armstrong wrote in the blog post:

“We’ll start with direct-cash transfers in the form of cryptocurrency. An increasing body of evidence shows direct-cash transfers are a very effective form of giving, as they increase people’s income, boost food consumption and dietary diversity, and are tied to improved school attendance, health care visits, household savings, and investments in productive assets.”

The goal of GiveCrypto.org is to initially form a $10 million fund, $3.5 million of which has already been raised. Once the fund is established, the exchange will form a team to manage payments distribution via so called “ambassadors,” who are.trusted local volunteers in targeted markets.

GiveCrypto said it will also experiment with other methods of distributing donated funds, such as working with nonprofits already established in the area, and building an app to track distribution. Per the announcement, the organization hopes to gain insight into whether payments are useful to recipients, how funds are exchanged into local currency, and how funds are eventually utilized.

In July 2015, the Bill & Melinda Gates Foundation funded Ghana-based blockchain startup Bitsoko, which focused on promoting widespread acceptance of mobile money by small merchants. The technology and opportunities that Bitsoko would bring to Africa intended to fuel the on-going development and improvement of the financial infrastructure in Kenya and Africa.

Last month, actor Ashton Kutcher donated $4 million Ripple (XRP) to Ellen Degeneres’ Wildlife Fund, which was established to support global conservation efforts for critically endangered species. IBM and Global Citizen, an NGO dedicated to alleviating poverty, announced sponsorship of a contest for a charity donation blockchain platform. The goal of the initiative is to ensure that donated funds are utilized in an effective and efficient manner.