As Bitcoin awareness grows across the globe, the Cointelegraph Media Group launches its regional publications in a number of key countries. This week marks the launch of our South African and Slovenian publications with the UK and Italy to follow soon.

As Bitcoin awareness grows across the globe, the Cointelegraph Media Group launches its regional publications in a number of key countries. This week marks the launch of our South African and Slovenian publications with the UK and Italy to follow soon.

CT as the leading cryptocurrency media publication is firmly establishing itself on the African continent. “Cointelegraph South Africa wants to be first in, bringing the latest developments to the world as this still largely unknown Bitcoin/ Blockchain technology starts to become more mainstream,” says Jaques Coetsee, co-founder of Bitmagnet and head of CT South Africa. He added:

“Be it good or bad news, it’s vital and of extreme importance that people are kept in the know as this develops, and we know that what develops in South Africa, by default will flow into the African countries. One might say 2015 is the make or break year to find out whether it will go mainstream.”

CT South Africa aims to be the community media voice for all things crypto/ digital in the country on a grand scale. “People will come to know CT SA as the leading reporting media franchise and will use it as helpful tool to learn exactly what is happening on a daily rate,” adds Coetsee.

Interest in Bitcoin is growing in Africa, mostly focusing on remittance type services, mobile banking and money transfers, including mobile app development and payment integration services. Many feel that Bitcoin and the blockchain can bring solutions to South Africa and Africa in general.

The inaugural Africa Bitcoin conference will be hosted in Cape Town in April 2015, which will focus on business potential and raising awareness of cryptocurrencies. According to Coetsee, many average people in South Africa have already heard about Bitcoin but don’t understand why they would want to use it, so its growth depends on education about the opportunities offered by this innovative technology.

You can check out CT South Africa here. 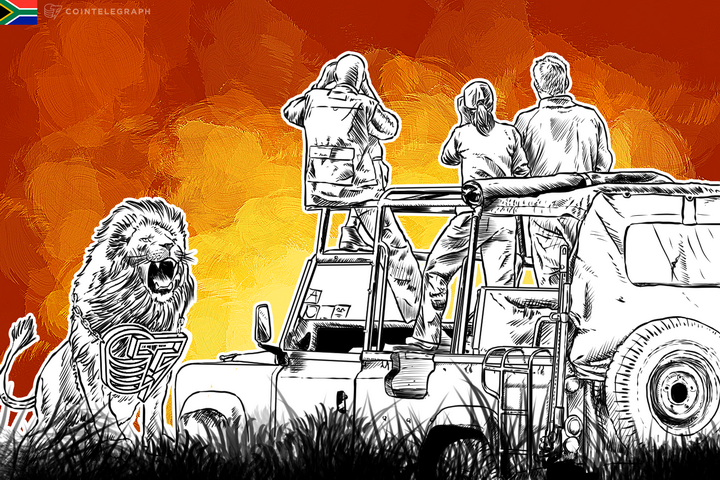 “Our mission is to bring the latest crypto currency news, updates and global events from the industry to our Slovenian and international readers,” says Jure Pirc, head of the Slovenian CT regional office.

An IT professional and active member of Slovenian Bitcoin Association, Pirc is also the founder of the first Bitcoin ATM in Slovenia. In 2015, CT Slovenia plans to organize monthly educational and social meet-ups in Ljubljana with guest cryptocurrency experts, adoption/ integration providers, and advisors. 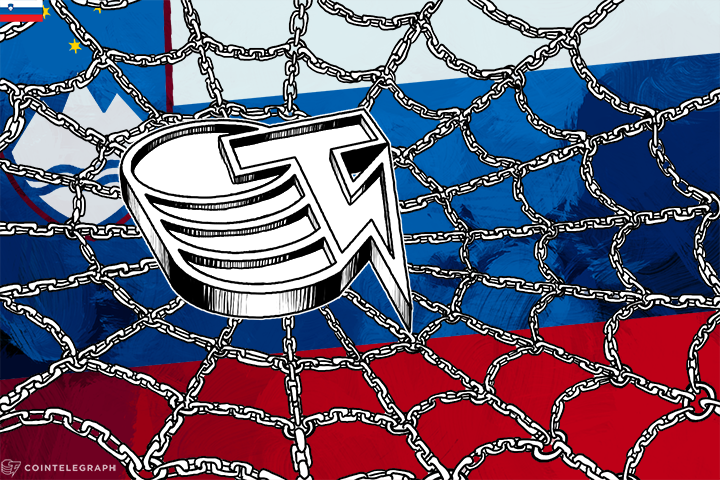 Italy was one of the first countries in the world in which the government had a special meeting on Bitcoin. Since then, interest in cryptocurrency has been steadily on the rise with many companies developing new services and studying new applications based on blockchain technology.

“There is, however, a lack of information and we hope to fill this gap by breaking the language barrier and provide quality content from qualified experts,” says Claudio Levrini, CEO P.A.A.N. Ltd and head of CT Italia.

Today Italy has a fairly large and organized Bitcoin community and hosts a number of Bitcoin-related events and tech fairs at universities. Almost everyone in the community is connected thanks to both the consumer-oriented Bitcoin Foundation Italia and the business-oriented "AssoBit," with both entities coordinating their efforts.

Banca D'Italia the Italian National Bank stated that Bitcoin and other cryptocurrencies (called valute virtuali) "are exempt from standard procedure regarding AML/KYC." In general the government stance on Bitcoin is more positive than in other EU countries, but it is still not clear which laws apply to this new type of currency.

Moreover, too many people in the country are not used to this innovative technology; in particular, small shop owners that are crucial for Bitcoin adoption. The language barrier is also significant.

“Bitcoin is seen as a way to speed up and modernize Italy’s outdated financial system.”

You can check out CT Italy here. 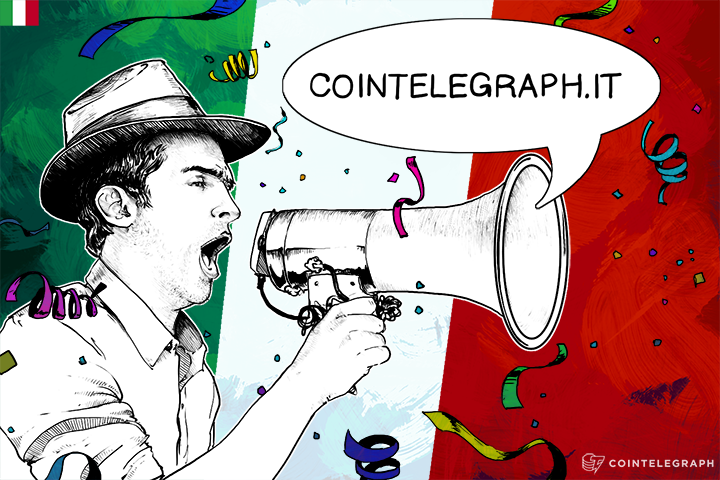 “I would characterize the Bitcoin community in the UK as a very forward-thinking group of individuals who come together collectively to push the boundaries of how far this concept can be brought for the benefits of the mainstream society,” says Niall Maye, head of CT UK.

Founder and E.D of the non-profit Bitcoin Association Northern Ireland and board member of the Bitcoin Foundation Ireland, he has been involved in the Bitcoin scene since 2012.

“I believe that interest is growing as we have moved beyond the stage were people look at you in bewilderment when you talk about Bitcoin, and are now instead becoming inquisitive. Examples of interest growing can be seen by the major colleges in the United Kingdom reaching out to members of the Bitcoin community here looking to educate students about it.”

According to Maye, the Bitcoin scene in the UK is still mostly happening at the meet-ups held in different towns and cities across the country. Although they work towards one common goal, they are still separate, so Cointelegraph UK will help the community in forming opinions and pursuing its agenda.

Cointelegraph UK was created to fill a void regarding Bitcoin coverage in the United Kingdom and Ireland. The United Kingdom has a long history of leading the way in financial innovation including the creation of the first insurance market and the invention of the joint stock company centuries ago.

As for Ireland, the country hosted the globally-attended Bitcoin Finance conference in 2014 and is home to nine of the top ten tech companies in the world including Apple, Google and Microsoft. Both countries therefore clearly need an adequate news service focusing specifically on the latest news and analysis of what is happening in the world of cryptocurrency as it occurs.

“I think the biggest obstacles in the way of the Bitcoin community in the UK at the moment are banks are still not co-operating with crypto based businesses, and a lack of understanding of how to buy, store and spend bitcoin by people not tech savvy,” says Maye. “This needs to be simplified.”

A dedicated team of journalists and experts from across the United Kingdom and Ireland is ready to help you form your own opinion on cryptocurrency.

CT UK will be featuring expert opinions in the fields of business, technology, society, and law, as well as providing real-time commentary from leading experts across the entire spectrum of the Bitcoin and crypto-community. 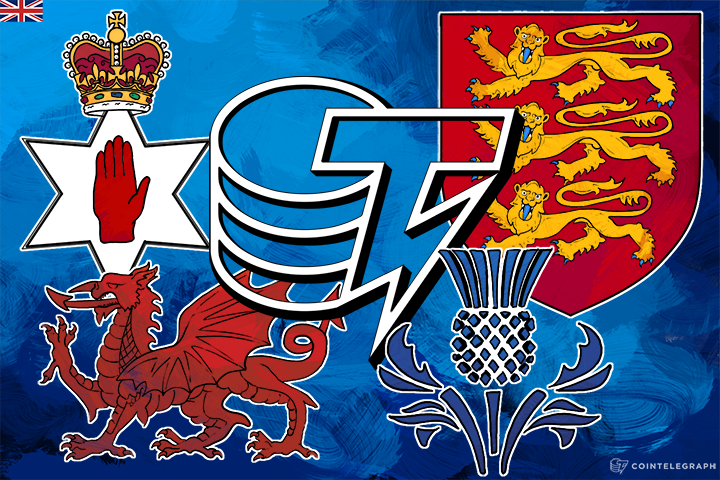 The new Cointelegraph affiliates in the UK, Italy, South Africa, Slovenia, and other countries will be providing breaking news and information that will help its audience better understand the ever-evolving world of digital currencies.

Cointelegraph is looking to further expand its regional affiliates and is looking for more partners. Enquiries should be sent to [email protected]