Feel the imminent collapse of the world’s rigged financial system? Our future is crypto capital markets, says Nick Ayton the Sage of Shoreditch. 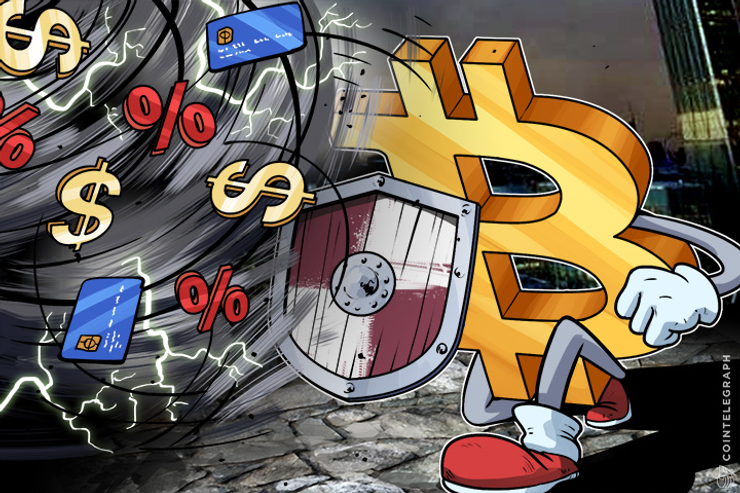 Nick Ayton our London Correspondent, the Sage of Shoreditch looks beyond the current system at Crypto Capital Markets 2.1, a new world of finance and capital markets.

The current Fractional Reserve banking system that few trust is failing, creaking at the seams. Will crypto economics be the only thing left as the global economies collapse under massive debts hidden from sight behind the media’s fake news?

With Bitcoin, Ethereum and crypto-currencies there is no concept of debt. In crypto capital markets bubbles stay in the glass.

It comes as no surprise that many predict another financial bubble that has been building since 2013. The West, Middle East and Asia - nobody will be able to duck it.

In the West, cars loans are the new subprime, student and household debt is rising and credit worthiness is falling. And when it hits it will be worse than 2008.

We are all victims of a dangerous game that is being played out by central bankers that have artificially kept interest rates at historic lows, so the pretense and promise of economic recovery can be maintained. There is no transparency, the truth is hidden from view, there is no trust left.

According to Business Insider,

“Interestingly, rates aren't just low within the context of American history. They also happen to be at the lowest levels in the last 5,000 years of civilization.”

Everything is censored because if everyone found out the banking system would collapse. The issues are real, they are not going away and it is time for a new economic model.

However, unlike 2008 we have a chance to create a fairer system, a system that will be more difficult to manipulate and impossible to create new ‘bubbles’…

Is it time for the people to embrace crypto economics and get in early before they miss the opportunity.

Crypto Capital Markets a rapidly maturing and fast growing alternative to Fractional Reserve Banking and failing Capital Markets. A system that is rapidly being put in place by the Libertarians, free thinkers and crypto entrepreneurs so that everyone can still trade what value they have, after the next collapse.

A new system free from tampering and manipulation, a system without censorship, open, fair and transparent.

And yes Bitcoin and other native Blockchains will become the new norm, they will be all that is left.

We are already seeing inflation rising in many economies and currencies under pressure. The central banks have gone too far, printing too much money that has fed the hunger to borrow more and more.

With a mountain of debt that cannot be repaid and will never be repaid, an alternative is needed.

A world of worthless paper currencies, called fiat, no longer backed by solvent governments, where the US Dollar will devalue fast, pulling other currencies with it.