Most of the top ten coins are barely in the green, with gains over the 24 hour period at or below six percent.

Yesterday’s slump in crypto markets has somewhat slowed today, June 27, with small recoveries among the top ten coins on Coin360.

Yesterday, Nobel laureate in economics Robert Shiller said that BTC is a “social movement” that runs along “generational and geographic” lines. Speaking of Bitcoin’s 87% decline in November 2013 - and more broadly, to its infamous ups and downs ever since - Shiller sarcastically noted that “tulips are still valued, there are some expensive tulips.” 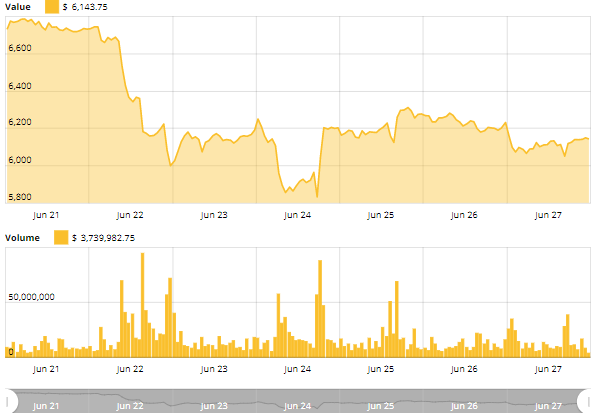 Ethereum (ETH) is slightly up as well, trading around $439, with an increase of 0.36 percent over the 24 hour period. TRON, which had recently activated its Mainnet following a migration to its independent public blockchain June 26, is currently trading around $0.038, up 0.28 percent over the 24 hour period. 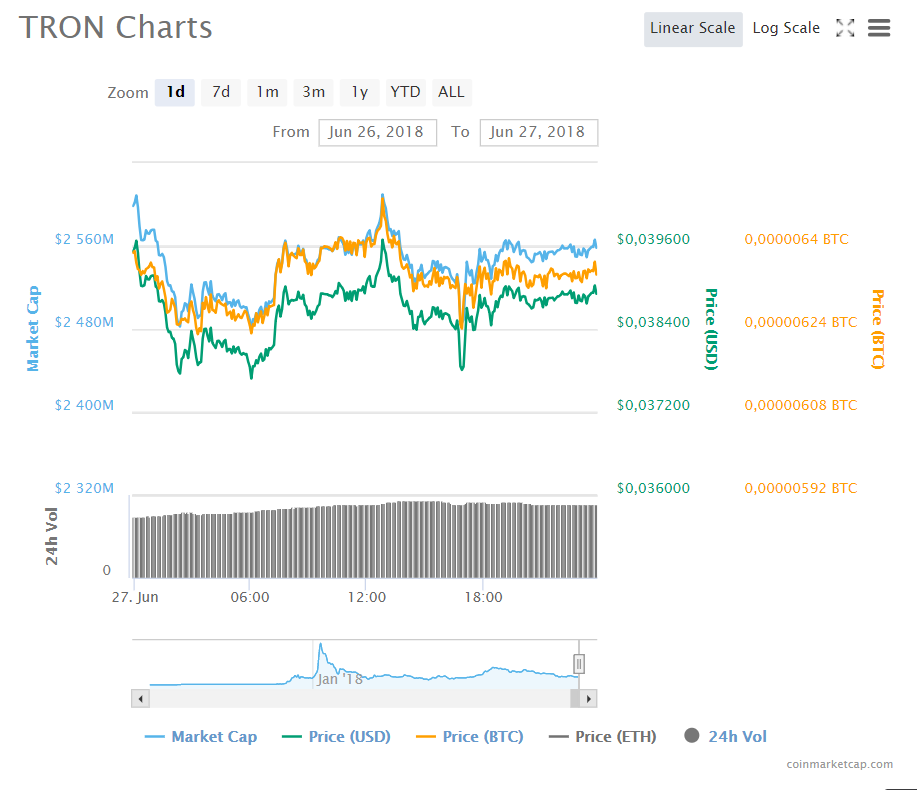 Most of the top ten coins are seeing a mild recovery, including Ripple (XRP), Litecoin (LTC) and Stellar (XLM). EOS and IOTA have seen the largest gains by press time, respectively trading up 6.08 and 4.34 percent over the 24 period.

Total market cap is around $249 billion, up almost six percent from this week’s low on June 24 of $235 billion. 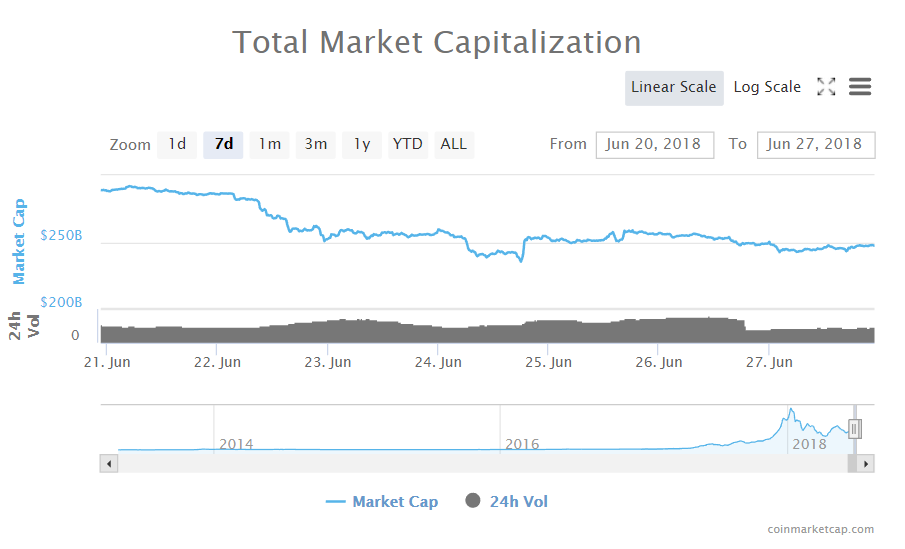