A cryptocurrency staking app which offers 1.5% daily returns might be a Ponzi scheme related to one that exit-scammed two years ago.

A cryptocurrency staking wallet that offers users as much as 1.5% daily returns is bearing striking resemblance to a Ponzi scheme.

That’s according to a Medium article published on April 19 by Jan Kowalski which warns readers to steer clear of an app known as StakedWallet. The website offers Proof-of-Stake “investment opportunities” wherein the user’s daily payout increases the longer they keep their funds staked.

Staking payouts begin at 0.6% per day, and increase to 1.5% after nine months. Seemingly effortless daily returns such as these have been a hallmark of almost all well-known cryptocurrency scams in the past, including the infamous BitConnect.

At first glance the app appears to have overwhelmingly positive reviews on both Google Play and the App Store, as well as Trustpilot. However, closer inspection of the reviews shows them to be either incredibly vague, or lacking in logic.

One Gabriel Cătălin Baltac wrote on Trustpilot on April 19 that he had already made “millions of bitcoins” using the app:

“Great app i've made millions of bitcoins using this thank you!”

As of press time, total supply of BTC is roughly 18.34 million.

Of the 945 reviews left on Trustpilot, just 4% fall under the ‘bad’ category, while 93% are either ‘excellent’ or ‘great’. However, many of the bad reviews echo a similar sentiment - and they also make mention of ‘Westland Storage’:

“All of you should be arrested. I am following and you will see the result. I will see all of you under arrest. Only way is you refund me. Pay my money back scammer. You thieves from westland storage and now stakedwallet.io have rubbed my 10 LTC. Pay it back…” 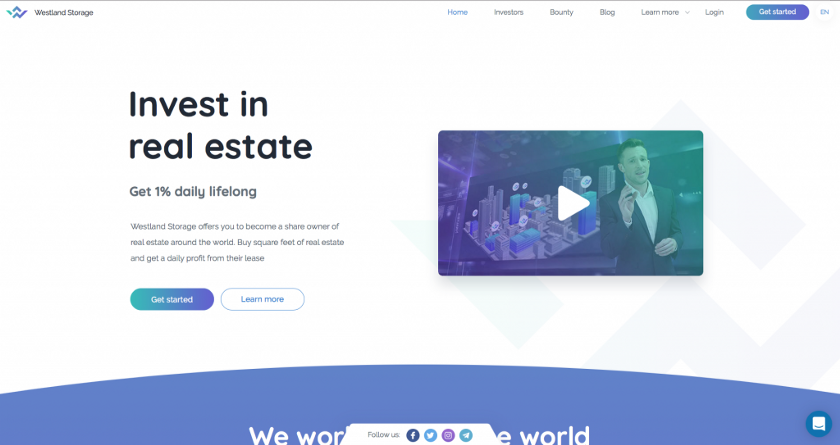 Kowalski — a victim of Westland Storage’s exit-scam two years ago — is well-placed to compare the two projects. He says he registered for StakedWallet and noticed the similarities straight-away:

“I knew what it is. Same bounty system, suspiciously similar in-app currency called SWL (Westland Storage had WLS), literally the same part of UI in StakedWallet as in Westland Storage mobile app. The similarities are just too huge.”

The website’s traffic jumped from 72 clicks per month, to 437,000 clicks, within the last three months, according to data from a free SEO plugin tool. No ownership information is present on the website. Attempts were made to reach the site owners, but no reply has been forthcoming thus far.