Bitcoin and Ethereum lead the market cap charge over $300 bln.

The total cryptocurrency market cap has increased to over $300 bln, with rises in Bitcoin, Ethereum, and others. 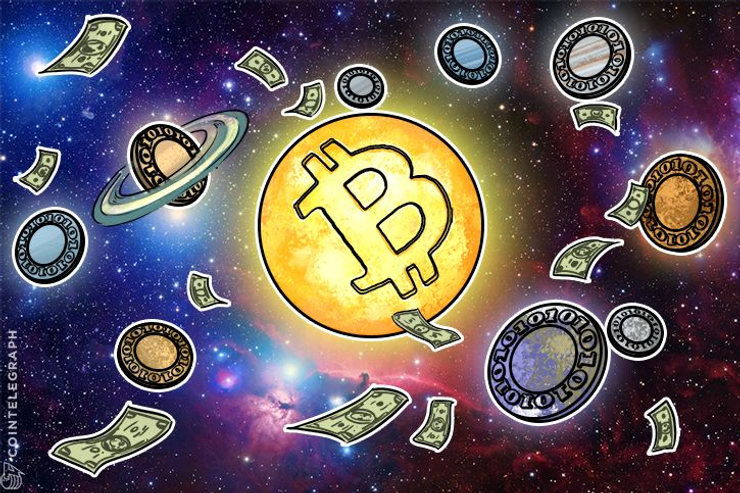 The cryptocurrency market cap has breached $300 bln, according to marketcap.com, with gains in many of the major currencies, particularly as  Bitcoin price has jumped over $9,500. The market cap has been driven by a number of factors, but Bitcoin continues to maintain a 53 percent dominance in the total cap.

The market cap surge has been spurred on by a huge jump in the value of Bitcoin, but other coins have also had excellent weeks. Ethereum and Litecoin had particularly strong weeks, with Ethereum posting an all-time high and other altcoins like Monero, IOTA, and Dash all had a strong showing as well.

The market cap increase is reflective of a general feeling among market movers that the cryptocurrency market will continue to grow. Investors are beginning to join in the market and are producing substantial gains. The increase in hedge funds, as well as the general awareness in the market, are both strongly bullish signals for the market.

The last Bitcoin climb was coupled with declines in altcoins, but this run up has carried altcoins with it. This may well be a strongly bullish sign for the market as a whole. According to many insiders, the market has just begun it’s bull run, with increasing investment coming. According to Mihail Lala - founder and creator of WAWLLET:

"Gravity is the key element. The investment rivers fed a 300 bln lake due to a natural flow. The market is attracted by need and opportunity. We are just at the beginning of early majority. The lake is just 15 percent loaded."