Financial Firm Offers ‘Almost Instantaneous’ Loans Up to $30,000 With Crypto as Collateral

A company is offering cash loans of up to $30,000 with crypto as collateral — all without borrowers needing to sell their digital assets.

A financial company is giving crypto holders the opportunity to take out cash loans while using their digital assets as collateral.

YouHodler — whose name is inspired by the term “HODL” — says its product gives the community a way of accessing money without selling their investments.

The platform offers loans from $100 to up to $30,000 — also payable in euros and Tether (USDT) — with a maximum loan-to-value of 80 percent, a ratio which YouHodler claims is one of the highest currently available in the industry.

Six cryptocurrencies are accepted as collateral, including Bitcoin, Litecoin, Ethereum, XRP, Bitcoin Cash and BSV. Others, including XLM, Dash and ZCash, are said to be in the pipeline.

“Easy to get cash, easy to pay off”

In a congested market, YouHodler says that one of its unique selling points is how borrowers don’t need to find a lender — a common feature of rival peer-to-peer models. Instead, the platform has its own fiat reserves, and says funds can be released “almost instantaneously” once loan approvals take place — a process which can take seconds thanks to the company’s automated Know Your Customer (KYC) and Anti-Money Laundering (AML) checks.

The company’s loans are offered over three timeframes: eight days, 50 days and 120 days. The team emphasizes that customizable loan terms are also available. Interest rates are set between 5 and 13 percent, depending on the duration of an agreement — as are the loan-to-value ratios available. In an attempt to distinguish itself from the “unfairly biased” financial system that exists at present, YouHodler says interest rates are not going to be determined by how much collateral a borrower offers.

Repayments are made using euro and dollar bank transfers, USDT and major credit and debit cards — and once this process is complete, YouHodler says collateral is returned in full, even if it has increased in value.

Over the course of 2019, YouHodler is planning to diversify its offering further through a credit card and app, giving its customers access to their loans on a Mastercard. This facility will have a credit limit of 30,000 euros ($34,000, at the time of writing) and an annual percentage rate of 16 percent, but no monthly fees.

Services for miners, traders and businesses

The company says its 120-day loan term is especially popular with miners, so much so that it is referred to as the “Hodler’s Favorite.” This is because this gives them the chance to unlock capital to repair mining hardware and cover business expenses.

Meanwhile, YouHodler believes its product helps traders leverage their crypto portfolio with additional cash in order to buy further digital assets. Finally, the platform stresses its doors are open to blockchain-based companies that are looking for extra financing in order to grow their businesses. 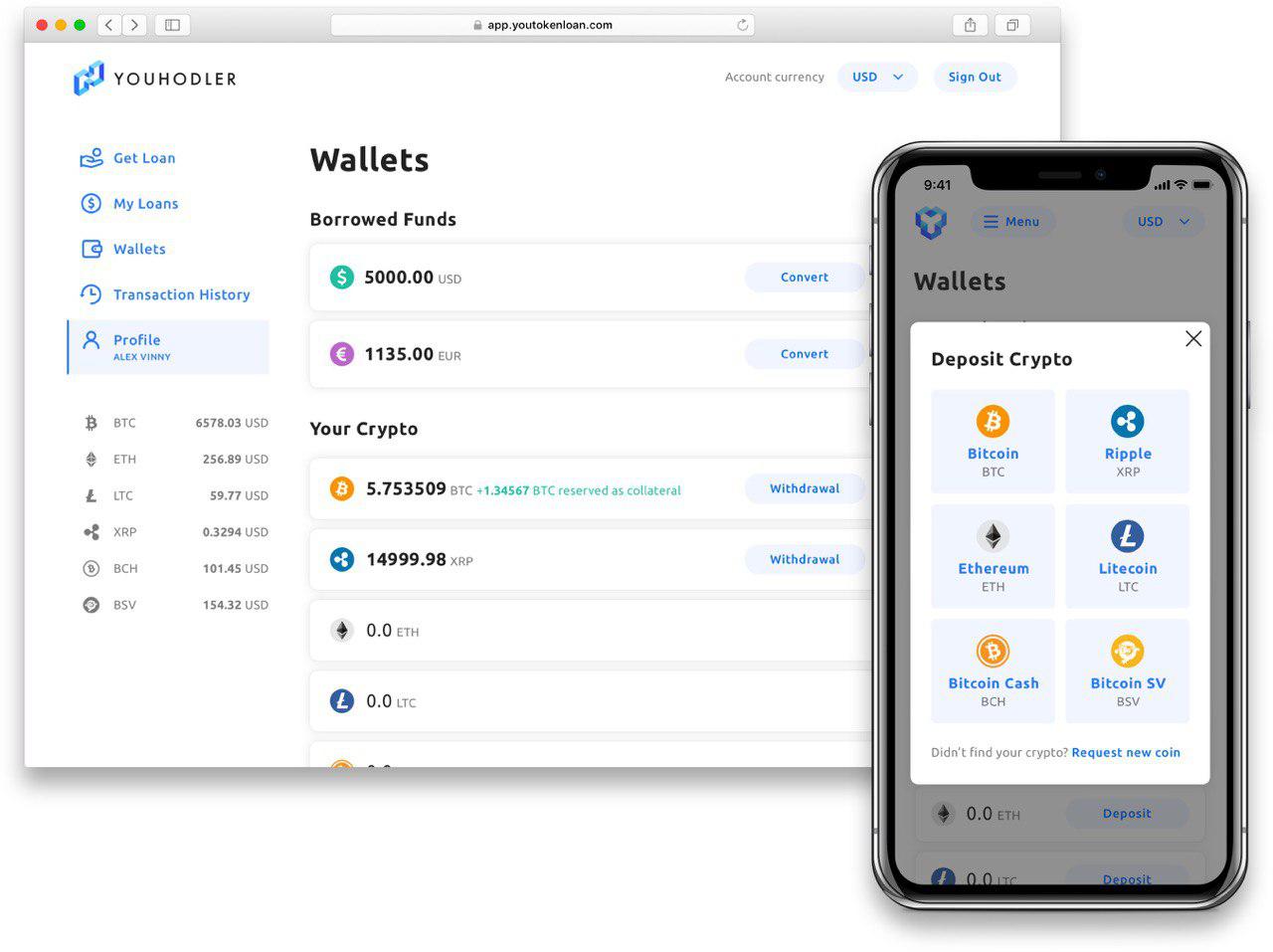 According to YouHodler, its “extensive expertise in currency exchange rate risk management” — when combined with its secure wallet system, integration with leading exchanges and partnerships with trusted fiat providers — makes it more attractive than rivals. Its website goes on to state that it has already processed more than $3.5 million in loans on behalf of 1,250 customers, primarily from Germany, France, the United Kingdom and Italy.

In explaining where the company sees itself within the current financial ecosystem, CEO Ilya Volkov said YouHodler has no plans to compete with traditional banks and argues that attempting to do so wouldn’t be helpful for society. Instead, the platform wants to adopt a more user-friendly, fast and sustainable approach than old-fashioned institutions can provide, giving consumers in developing economies who lack access to bank accounts a way to access fiat loans like anyone else.