France and Germany: How Regulatory Traditions in Two Countries Could Affect EU Legislation

Key EU members have always had significant state presence in handling tech industries. How will their past policy experience translate into emerging Blockchain governance?

The first meeting of G20 finance ministers and central bank governors this year was anticipated by the crypto community after a series of separate words and deeds on regulation among the world’s biggest players. But no joint framework declarations followed the meeting. With the Financial Stability Board’s cautious statements casting chill over individual members’ enthusiasm to discuss crypto matters, all that came out of the summit was merely a bunch of baby steps in the anticipated direction. Now again, the community is left to do what it has been doing all along: interpreting subtle cues and contradictory signals that emanate from policymakers representing individual nation-states.

France, one of the vocal proponents of cryptocurrency regulation at the G20 level, has been a major hotbed for contradictory signals lately. In a recent about-face, French regulators unveiled a set of new initial coin offering (ICO) rules that look extremely lenient towards both entrepreneurs and investors. The development came across as utterly unexpected, especially given the fact that merely days before the announcement the same regulatory agency cracked down on 15 crypto-related websites for unlawfully marketing investment services.

Germany is another European powerhouse spotted proposing a unified approach to crypto regulation earlier this year. Much like its neighbor, Germany seems to be swinging its view, though in a less dramatic way. Having issued a series of warnings regarding the speculative character of cryptocurrency trading and ICO investments last November, German authorities now clarifying some of their stances and issuing promising winks.

As the European Union’s dominant powers, this duo will likely lead the way in crafting any potential bloc-wide standards for governing Blockchain and the wealth of its applications. Despite stark distinctions in the way their legal systems and regulatory regimes operate, in recent decades France and Germany have exhibited quite a few common patterns in handling new regulatory challenges brought about by the rise of internet industries.

From limiting online speech to protecting user data to levying taxes on tech giants, both have demonstrated a tremendous appetite for asserting their sovereignty over the online realm. Presuming that the spirit of broader internet governance is highly likely to carry over to Blockchain regulation, a closer look at the already established patterns is useful for envisioning what the imminent cryptocurrency related policies might look like.

One thing to remember about continental Europe is that historically the role of the state and centralized bureaucracy has been greater than those in common law-based Anglo-Saxon systems. The tradition of statutory law along with corporatist political culture prescribed not just an overall embrace, but expectation of an active regulatory involvement on behalf of the state in the most important spheres of domestic policy. Both states have certainly lived up to these expectations.

The French government has been directly managing communication networks since the very early stages of their mass expansion. The first network to connect vast numbers of French people was not the internet but rather the homegrown and highly centralized Minitel. Once the functional superiority of the global network became evident to the government, it took measures to boost internet adoption – again, via a state program. Content blocking requirements are embedded into the legislation, and it is internet service providers (ISPs) that are held liable for violations. ISPs do engage in some degree of self-regulation, but usually a governmental response precedes any self-imposed restrictions. Blocking is amply used to enforce copyright and prevent illicit activities such as unlicensed gambling or the distribution of content depicting child abuse. 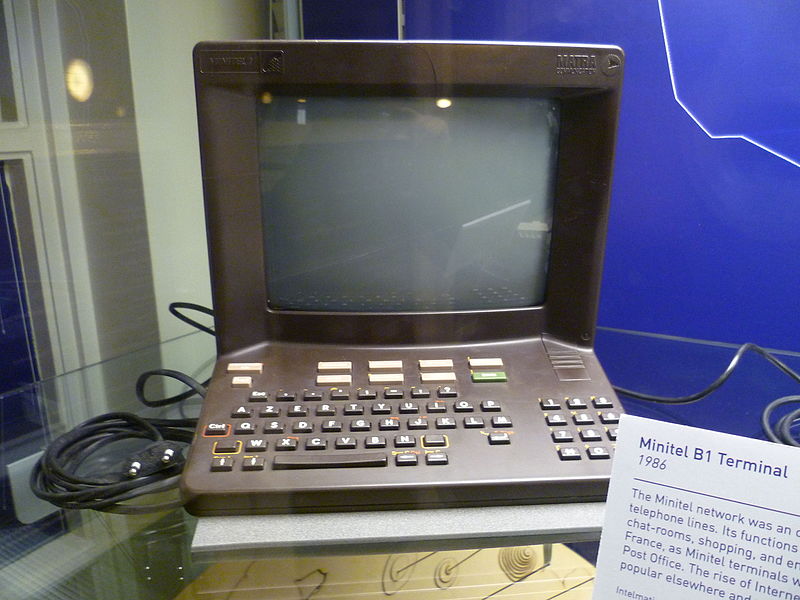 A vastly different set of domestic rules and practices is in place in the German system, where the idea of “regulated self-regulation” took hold. At least in part, it emerged as an unintended consequence of German federalism: while the debate as to whether policing web content should be a prerogative of national or federal authorities dragged for years, ISPs were able to use this time to put together a working system of industry associations. A part of this system is a self-regulatory authority that partners directly with search engines. As a result, no direct blocking exists, since filtering of content happens on the stage of indexing. ISP’s are not held liable for illegal content that travels through their pipes. Communication industries command a powerful network of organized interests that is strongly opposed to censorship.

Both France and Germany have embraced a similarly aggressive stance in policing some forms of online expression. French law criminalizes racist and anti-Semitic speech both offline and online; each new government routinely puts forward a new comprehensive state program to fight hate in the public sphere. State officials’ faith in power of direct content regulation seems to be unfailing: for one, President Emmanuel Macron pledged in January to roll out an anti-fake news law by the end of 2018.

The German legislative quest against hate speech culminated in the 2017 “Facebook law,” which imposed heavy penalties on social media platforms for failing to quickly remove illegal content from public view. Facebook and Twitter responded by fielding record numbers of German-speaking moderators in early 2018. The effects of these mutual accommodations are yet to be seen. Meanwhile, German law enforcement occasionally surprises particularly bad-mouthed folks with raids on their homes.

Another similarity between the two nations has been the degree of protection afforded to internet users’ personal data, as well as their willingness to enforce this protection vis-à-vis Facebook and Google. Germany’s competition-regulating authority has gone after Zuckerberg & Co, citing alleged abuse of their dominant position in the personal data market. France took issue with Facebook’s apparently shady practices of harvesting WhatsApp users’ data without consent.

A different privacy battle, now against Google, unfolded over the EU law granting users the “right to be forgotten” – a requirement for search engines to remove URLs containing irrelevant or outdated personal information upon individuals’ requests. A court in Munich issued an order demanding that Google’s URL takedown procedure be changed in a way that does not allow the purged links to resurface as easily as they do now. Meanwhile, France’s lawsuit against the search giant, seeking to extend the right to be forgotten to jurisdictions outside of the EU, will be heard by the EU Court of Justice after three years of litigation in the lower courts.

GAFA is an acronym that EU policymakers often use to refer to global (essentially, American) tech giants with massive European presence. Even though it originally stands for Google, Apple, Facebook, and Amazon, the term has come to connote any platform of comparable stature, used mainly with regard to the need for holding them accountable. Taxation is one GAFA issue that European politicians have been hammering on throughout most of 2017 and early 2018. It is no secret that big tech companies have been ingenious in minimizing their tax obligations on their European profits for years, but now it appears that enough is enough for the EU.

Germany and France have already tackled the issue at home: both nations introduced taxes on video distributors like Youtube and Netflix, with proceeds flowing to support production of local content. French government now seeks to advance EU-wide rules whereby digital companies would be taxed on revenues rather than profits, a move that will presumably alleviate the practice of registering the profits in low-tax EU jurisdictions instead of where they were earned. A ruling coalition in the German parliament proposes a slightly different solution: a consolidated tax system proportionately allocating companies’ European profits according to the geographic location of their customers. Regardless of whichever approach ultimately prevails, there is little doubt that the days of GAFA’s European tax havens are numbered.

However peculiar and novel cryptocurrency regulation may seem, it does not emerge in a vacuum. Like any other sphere of governance, it bears the spirit and coloration of the wider system of legal control within which it operates. The story of Switzerland is canonic in this sense: it is hardly surprising that a country with traditionally little government presence and a tremendous record of accumulating and managing foreign wealth is emerging as a booming crypto hub.

As Marc P. Bernegger, Swiss crypto entrepreneur and Board Member of the Crypto Finance Group in Zug, put it in an interview for Cointelegraph:

“Switzerland has in general a very liberal approach and far less rules and regulation than other countries. With our direct democratic system the whole government is already decentralized, which seems to be one of the reasons for its crypto friendly behaviour. (…) Today literally every week there are several new blockchain companies moving to Crypto Nation Switzerland.”

However, a principle that seems so intuitive in the Swiss case is less frequently invoked with regard to France and Germany. As common wisdom situates them both in the line of “progressive” liberal nations, many in the crypto community anticipate some latitude to be afforded by these governments. Yet, the ways in which French and German authorities have been handling tech industries suggests that we should be modest in our expectations.

Both states clearly have a penchant for regulation. Regardless of whether it is a direct legislative control in the French style or a more “distributed” regulatory system akin to the German one that is employed for domestic use, on the outer flank European nation-states are equally protective of their sovereign realms. In the face of global forces tapping into their jurisdictions, both Germany and France prefer to act aggressively, whether it has to do with protecting citizens’ personal data or levying taxes on digital platforms. Security concerns over financing hate groups or terrorist activities could potentially yield restrictive outcomes, too. All in all, even when the signals that come from the European powerhouses are positive, Blockchain entrepreneurs should not be quick to celebrate: there might still be strings attached.

On the bright side, state involvement in defining the rules of the game is not necessarily a dreadful thing. Since this is not a zero-sum situation, a meaningful dialogue between policymakers and organized industry interests may give rise to arrangements that make sense to all. At least in Germany, such a dialogue seems to be taking place. According to Blockchain Bundesverband, an advocacy group that advances the interests of the German crypto community, the government has begun to address Blockchain regulation in earnest. Dr. Nina Siedler, who is leading the organization’s Token/Finance working group, sounded optimistic on the matter:

“The community wants fair rules, a level field for everyone. Most of the issues are covered by the existing laws, but the problem is that some of the rules are not very specific. The government’s presence in this process is not obtrusive, they don’t want to overregulate. They clearly want to give this rising economy a chance.”

Dr. Siedler also suggested that some of the “grey zones” in Blockchain governance might well be addressed by a coordinated self-regulatory effort. She mentioned that a Europe-wide initiative is currently underway to formulate a Blockchain entrepreneur’s code of conduct, a set of best practices that will delineate the foundational tenets of the industry’s self-governance. This development offers some hope with regard to the future of European crypto regulation. As the case of the German ISPs illustrates, putting up organized interests early in the process of exploring uncharted policy area has a potential to put the whole industry in an advantageous position down the line.