Japanese ICT conglomerate Fujitsu is launching an IOTA-based proof-of-concept (PoC) for audit trail processes in the manufacturing industry, according to an official notice released August 25.

The notice says the company will use the IOTA protocol as an “immutable data storage medium” for audit trails across “industrial production environments and supply chains,” with the aim to improve transparency, data trust, and data security.

Leopold Sternberg, Program Manager at Fujitsu’s Munich-based Industry 4.0 Competence Center, is quoted as saying that the new partnership will “help roll out IOTA as the new protocol standard,” saying that the tech giant is “well-equipped” to do so given its expertise in both the ICT services and manufacturing industries.

The joint project intends to tackle the challenges of increasingly data-intensive “Industry 4.0 manufacturing and supply chains,” which the notice characterizes as demanding a more efficient means of building trust in processes’ and products’ quality and integrity.

The notice outlines a proposed cryptographic ID system for product components and their production status that would be connected via nodes on IOTA’s Tangle protocol and hosted by Fujitsu.

Tangle is a different type of distributed ledger technology (DLT) than blockchain, in that it does not use “blocks” or mining, but rather is built upon a directed acyclic graph (DAG) – a topologically ordered system in which different types of transactions run on different chains in the network simultaneously.

IOTA (MIOTA)’s price has surged over 13 percent since the announcement of the partnership on August 25. The token is trading at around $0.60 at press time, up over 12 percent on the day to press time. 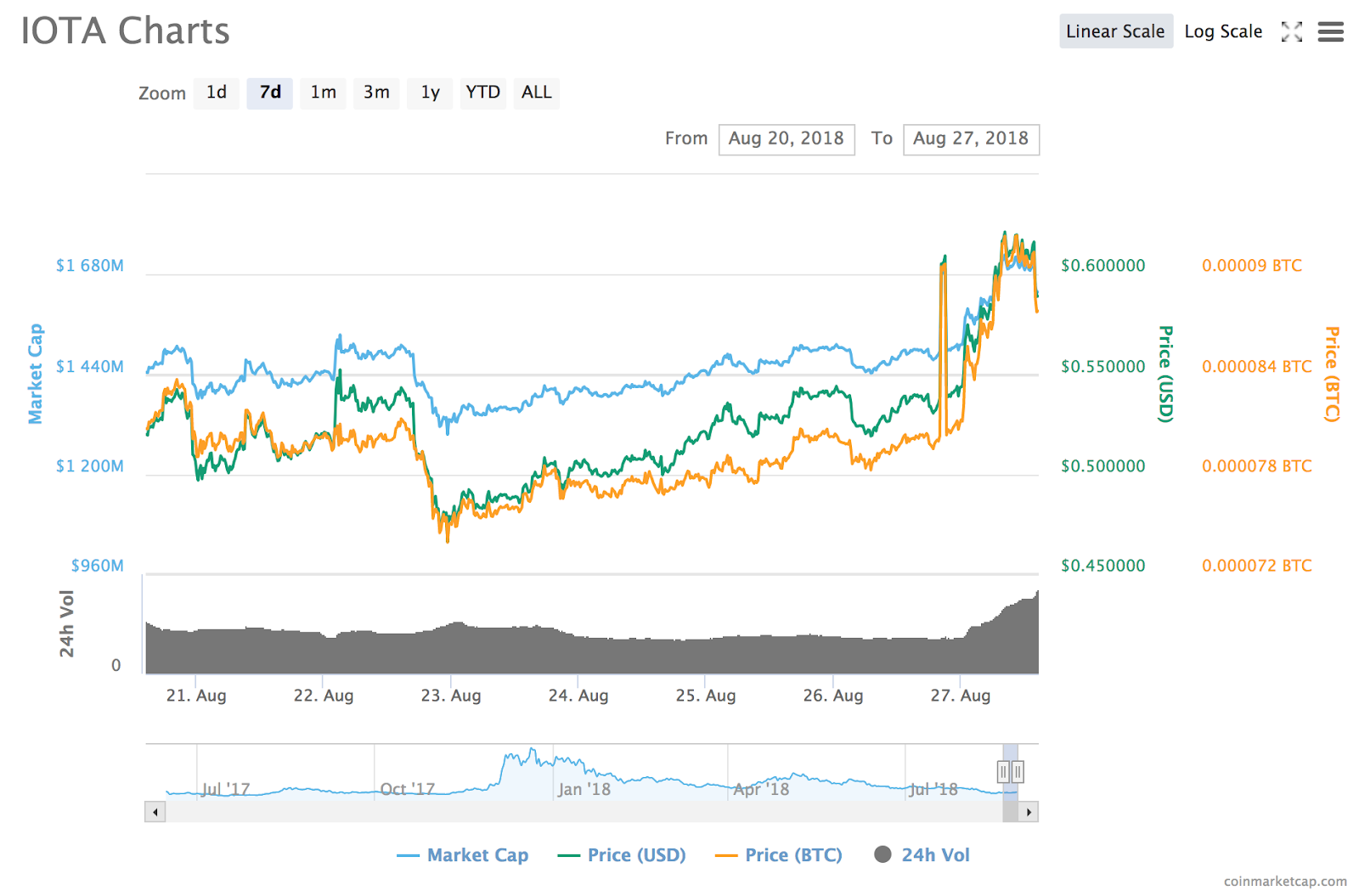 Less positive news earlier this month saw the IOTA Foundation embroiled in controversy after a transcript was leaked revealing a major disagreement between senior management and the project’s founders, which the Foundation has since been swift to publicly conciliate.